My dad gave me a great gift a few days ago. At the Deseret Industries second-hand store he found this English-Russian and Russian-English dictionary (словарь = something like "wordery") published 1991 in Moscow, just before the dissolution of the Soviet Union in 1991, and he picked it up for me: 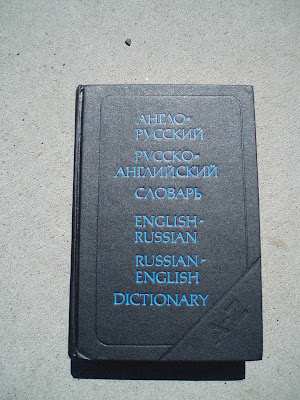 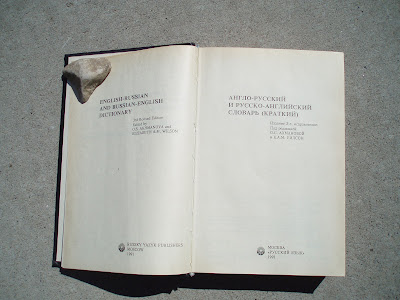 (Click on the photos to see a larger version.)

I have a few books in Russian but don't have an English/Russian dictionary, so just on that account it's nice to have. But there are a few other interesting features to note: 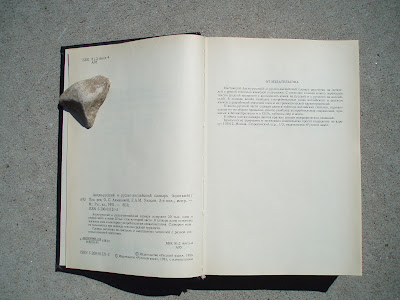 Above you can see that it has an ISBN (5-200-01121-3), something I don't remember seeing often in east-bloc publications. Maybe dictionaries like this were more likely since they may've been sold internationally more often than other books.

It's also funny to see that the library cataloging information abbreviates Moscow as merely "M."

But here was the biggest surprise for me: 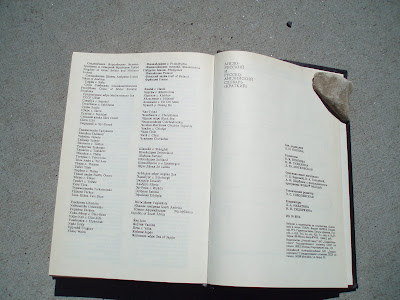 Halfway down the right-hand page, see:

That is roughly: "Original model by [3 names] and made using the program WORD® Microsoft." Wow! I guess Microsoft Word was being used in the Soviet Union in 1991. That's a surprise. It seems most likely that would've been the MS-DOS version, before Windows 3.0. Perhaps Word had better support for mixing Russian and English than other word processors of the time? Anyway, that was a fun surprise.