Showing posts from July, 2013
Show all

By Erin - July 30, 2013
Some of you might want to watch this video of Phin playing a video game. He was very "interactive" for a while and was cracking me up. I was already laughing really hard when I started recording him and I'm sorry for my outbursts. It probably won't seem quite as funny to you, but trust me. It was. Another quote from earlier: "Your horse! I shall hamstring it! Like I hamstrung your mother! And your brother!" It's this behavior that makes me think he's channeling his Uncle Charlie.
Post a Comment
Read more

While walking from the railway station to the Preston LDS Temple , we visited Chorley Parish Church of St. Laurence . It has many interesting exterior features, including a sundial and many carved stone heads and gargoyles. Look for the dog growling down at us: It's an actively used Anglican church and has a large worship area, a pipe organ, drums, and nice stained glass. Most unusually, a 48-star American flag greeted us from the wall! That's because there is a pew there built by Alexander Standish in 1600, who was the son of Myles Standish , a Mayflow passenger, Plymouth colony leader, and founder Duxbury, Massachusetts. Opposite the American flag is a Polish flag and plaque mentioning the gift from Polish families in 1999, if memory serves. Finally, the little footpath down from the church is called Church Brow, a most delightful name for a street:
Post a Comment
Read more 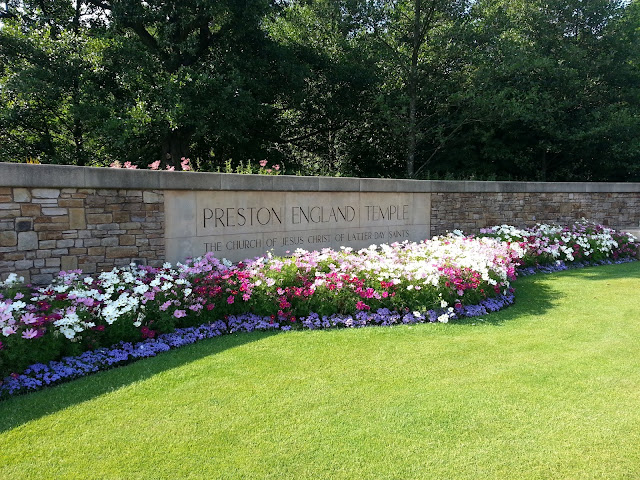 Erin, Lillian, and I went to the Preston England Temple of our church, the Latter-day Saint (LDS) or Mormon church. It is actually in nearby Chorley , in Lancashire, northwest England. The grounds are lovely and have a uniquely English garden feel among temples I've seen: Here is the temple exterior itself. I later found out it's the largest temple in Europe, measuring by inside floor space. Even the car park is fancy: Lillian explored the grounds and read a book while Erin and I attended temple services inside. On the walk back through town to the train station I saw this neat little house: Our route there was to take a bus from Pocklington to York, a train from York to Manchester Picadilly, and from there to Chorley. We walked around Manchester a bit and had a quick dinner there on the way back. It's a much more modern city than what we've grown accustomed to in Yorkshire. It was a nice day trip.
Post a Comment
Read more 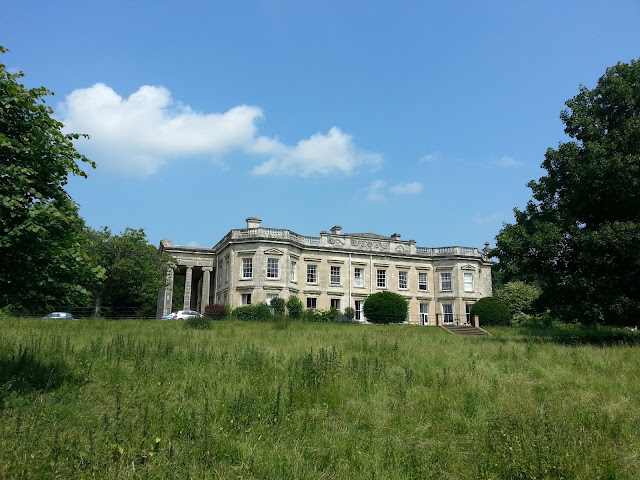 We've been on several trips walking, cycling, and running to the nearby hamlet Kilnwick Percy (silent w, pronounced Kilnick). A main feature of the area is a large hall that is now the Madhyamaka Buddhist meditation centre . The grounds are open to the public. It's a beautiful area of rolling hills, grazing sheep, a lake, walking paths, friendly Buddhist monks, and a café. In the woods nearby there is even a really old wooden trailer room thingy: Near the hall is St. Helen's Church, Kilnwick Percy , a Norman style church that was built in 1865 using some of the original Norman architectural features, so presumably there was a church there for around 800 years before this current one was built. However, this church has been "made redundant", and is now deconsecrated, locked up, and decaying, with overgrown grounds. The Buddhist café has a binder with some historical information about the hall and the church, and it says that a key to the church is availa
1 comment
Read more
More posts