After visiting Montréal, Québec, Canada, Lillian and I took a train about 2 hours to Ottawa, Ontario, the capital of Canada. It was a beautiful train ride through mostly wide open farmland.

We stayed in a hotel near the train station, and on the first evening walked a mile or two in the park alongside the Rideau River, where lots of people were out walking, biking, running, and playing: 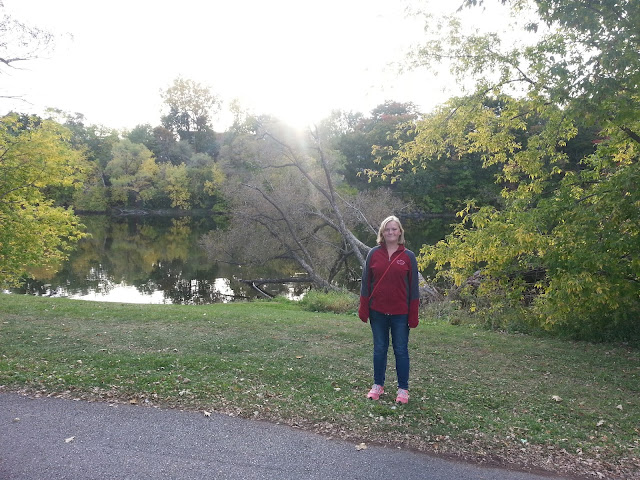 We came across a surprising church, the Melkite Catholic Church, labeled in Arabic and English: 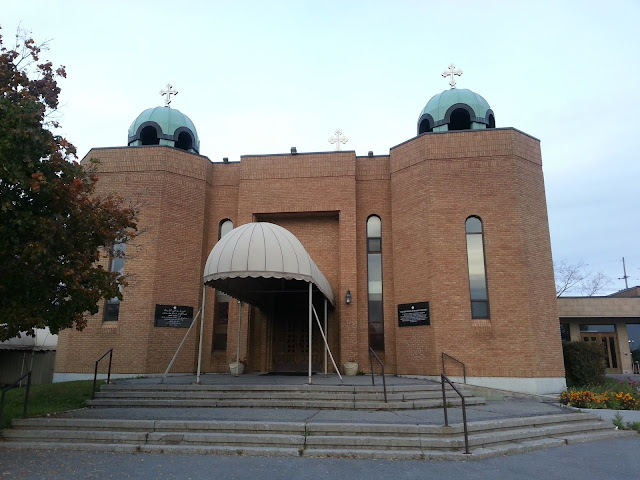 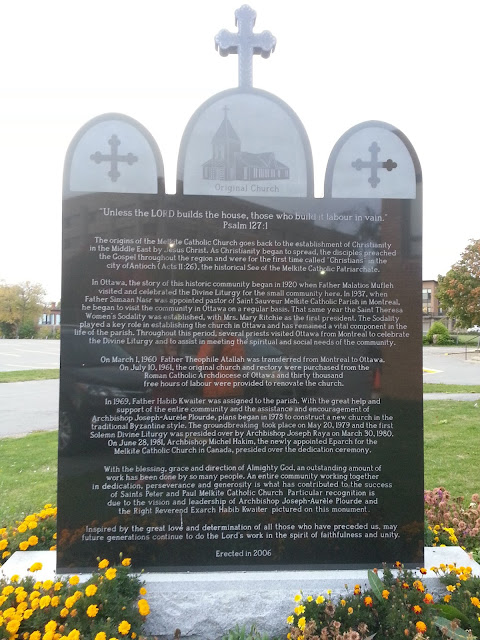 As the monument explains, they tie their history back to the establishment of Christianity in the Middle East in Antioch, then in Syria. We later looked it up on Wikipedia, and found an interesting history in the article Melkite Greek Catholic Church.

An interesting first church to see in Ottawa!

The next day we took the bus to see Parliament: 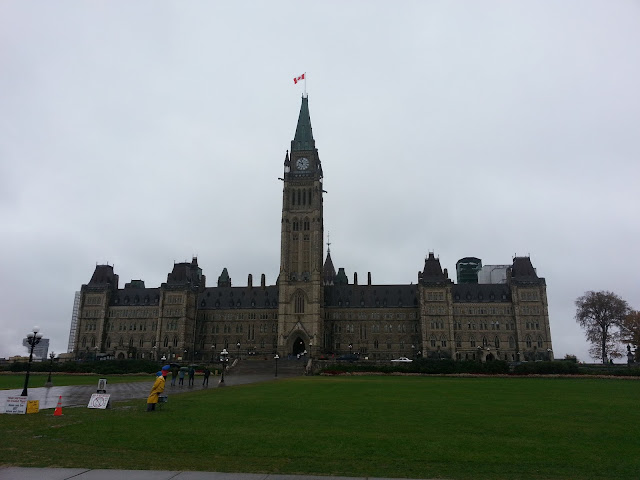 Nearby was the American embassy: 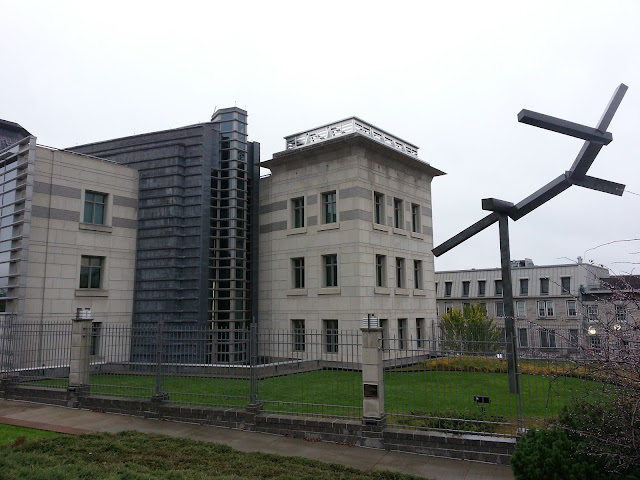 And down the street from that we visited the Notre-Dame Cathedral Basilica: 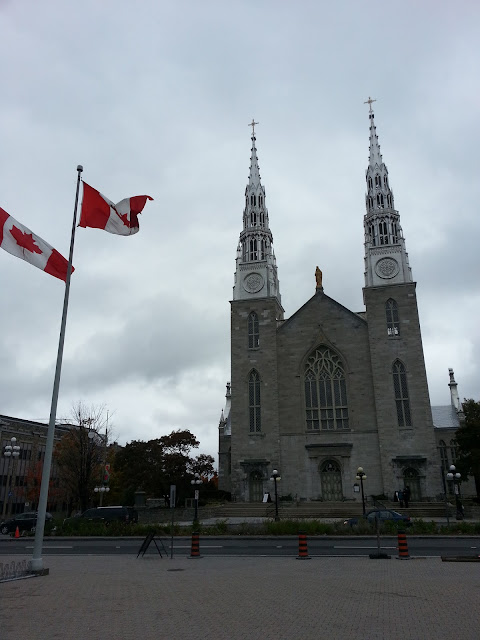 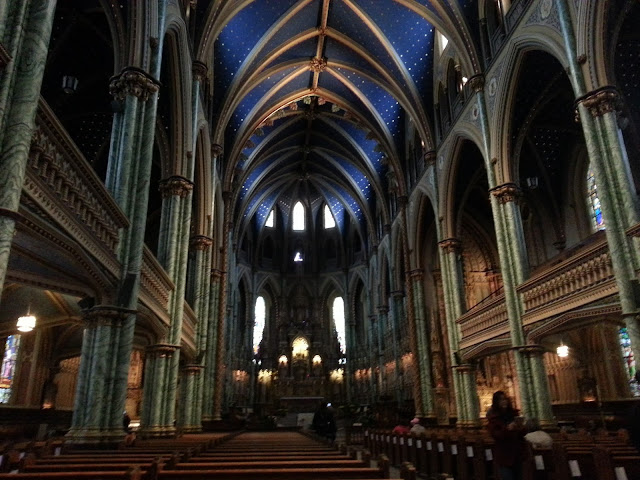 Across the street toward the Ottawa River is the Royal Canadian Mint, where we took a tour, and got to lift a 28 pound gold bar currently worth around US $525,000: 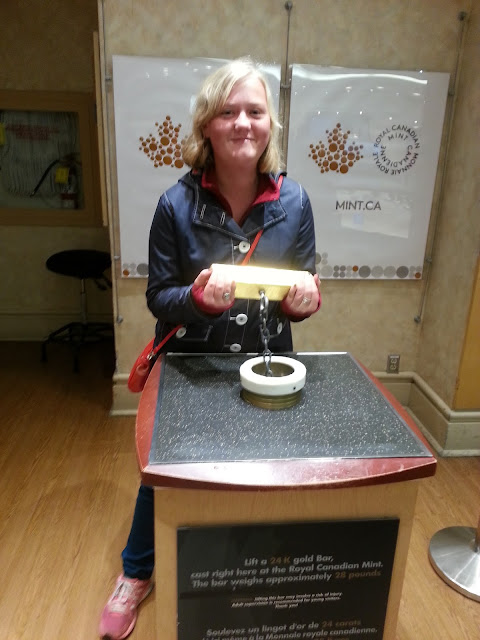 Outside of the photo frame were two armed guards keeping a watchful eye on the gold.

This location of the mint is where they make bullion and collectible coins of precious metals (gold, silver, platinum, and palladium). The circulating Canadian paper currency (actually plastic as of a few years ago!) and coins are made elsewhere. This mint currently makes the highest purity coins in the world, some now being 99.999% pure, in contrast to the 99.9% and sometimes 99.99% purity that is common at other mints.

Across the street is the National Gallery of Canada, a nice art museum: 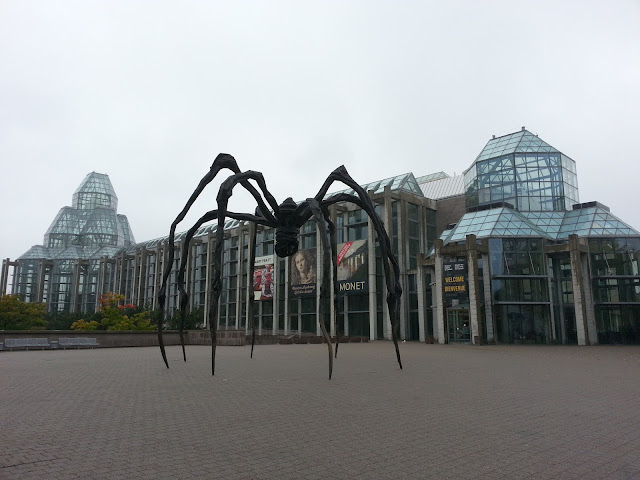 Yes, there were even what looked like spider eggs in the sac of that spider sculpture. Lillian didn’t like me standing under that.

There were many great paintings, some sculpture and some multimedia. The one that made laugh the most was this painting by René Magritte from 1951, “Perspective: Madame Récamier by David”: 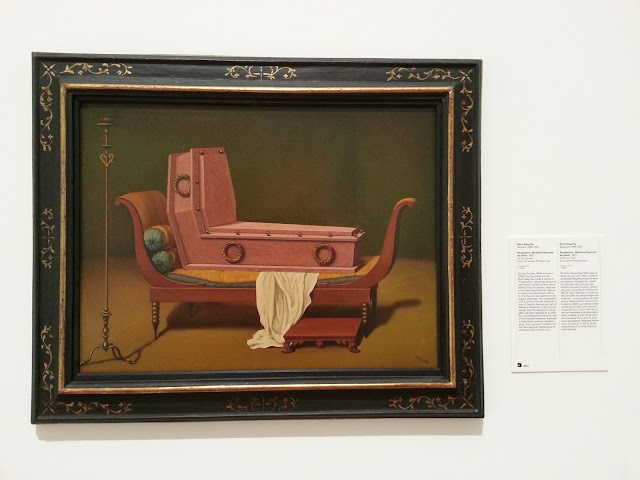 Lillian’s favorite painting was “Das Mißverständnis” (The Misunderstanding) by Daniel Richter from Germany in 2003: 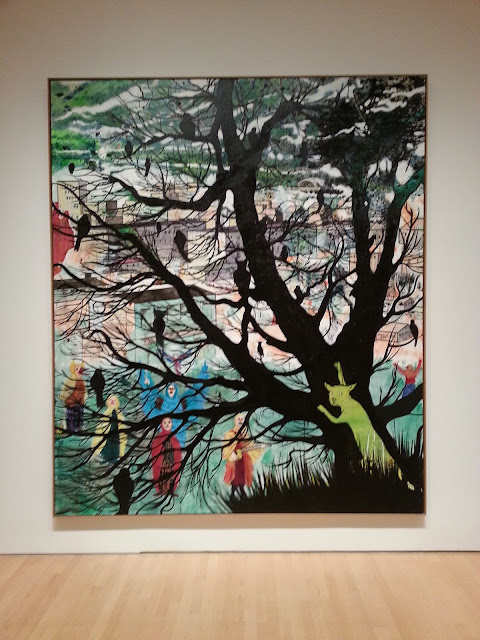 “I am interested in more of a hysterical, paranoid view of the world,” says Daniel Richter, whose paintings are recognized for their evocative figures, often of conflicting scales, and vivid, saturated applications of colour. Issues of contemporary geopolitics and conflict are represented through allegorical references to the history of art. Here, a grey concrete cityscape sprawls under tumultuous skies, evoking an urban world on the brink of destruction. A tense, expectant atmosphere permeates the scene in which several figures in bright costumes approach birds perched in a tree that they mistake to be a threat. However, explains Richter, “the people do not see the cat. The cat is out to kill the birds, and he smiles knowingly at us. This is our drama. It’s called Das Mißverständnis.”

Behind the art museum is this sculpture, about which Lillian said on Instagram: “I’m not sure Canada knows how to do this street light thing...”: 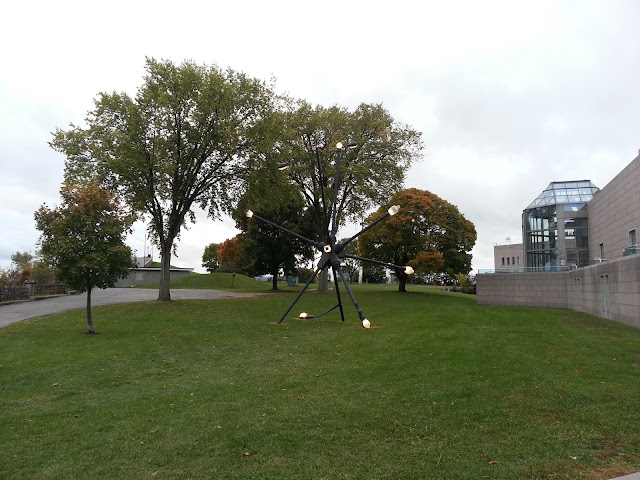 Near Parliament Hill are these old steep canal locks: 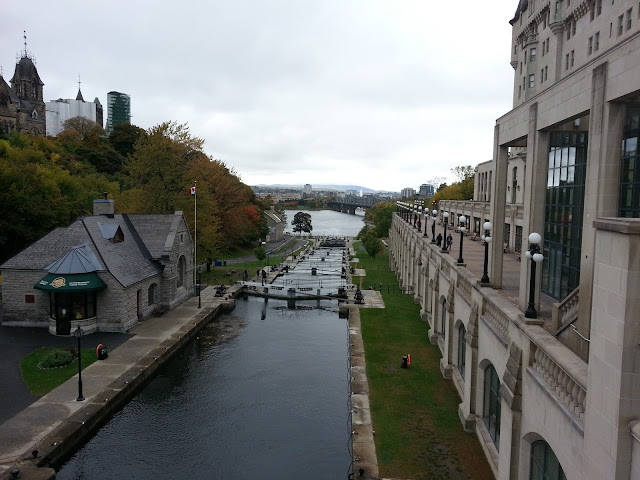 We walked across the Pont du Portage Bridge back into Québec to the city of Gatineau, formerly called Hull. There we spent some time loitering in the large lobby of the Canadian Museum of History and walking around Jacques-Cartier Park, from where we had a good view across the Ottawa River to Parliament Hill: 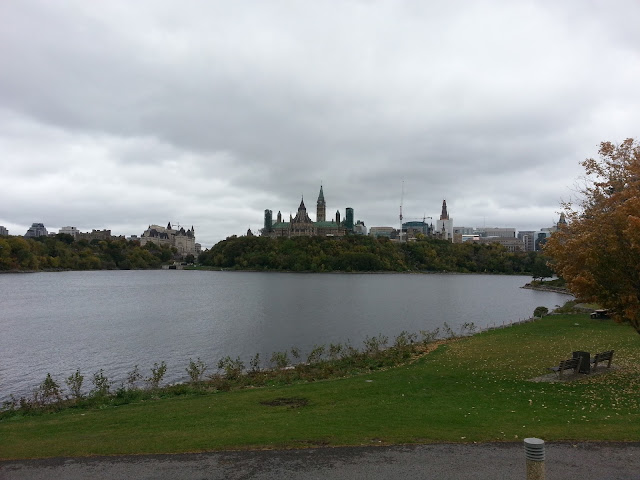 Then we walked back across the Pont Alexandra Bridge to Nepean Point behind the art gallery: 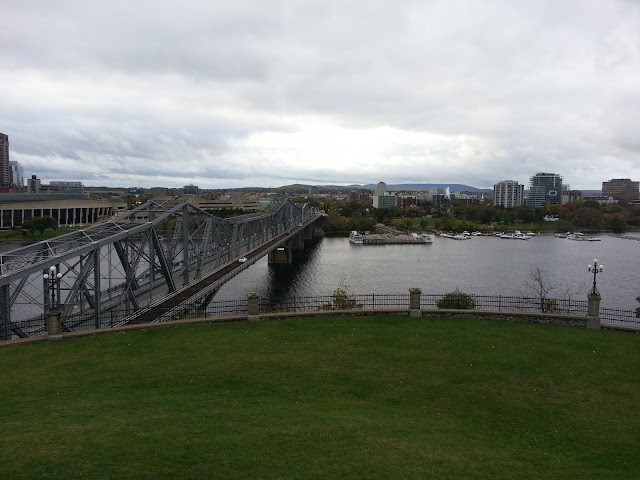 It was great to finally visit Canada’s capital!