Last weekend Phin and I drove with friends down to the very southern edge of Utah east of Kanab, to hike a large slot canyon called Buckskin Gulch.

We camped at White House the first night. The next day we backpacked through, starting at Wire Pass, hiking about 13 miles on the first day and camping near the Confluence which on the map appears to be within a few feet of the Arizona border. Then on the second day we hiked another 8 miles or so back out to White House. There were 7 people in our group, and having two vehicles allowed us to shuttle ourselves between the starting and ending point.

It was a beautiful slot canyon with a huge variety of rock walls, and almost no way out, so we were glad no rain was forecast for days and the risk of flash flooding was very low. The temperature in the canyon varied quite a bit but was pleasant. Permits are required and a limited number of people are allowed in, so it was fairly quiet.

We had to carry all our water, about 4-5 liters per day per person, which was of course heavy. Much of the hiking was on very fine sand which made the hiking hard. I don't think I've ever tired out my hamstrings so completely. If I were to get a chance to visit the area again, I'd opt for a shorter day hike instead, and maybe explore one of the other canyons.

But we made it and it was worth the work to see such cool natural features. There's a nice green spot where we camped which was nice. Phin saw a rattlesnake, and the rest of us also saw ravens, frogs, mice (camp robbers!), and little biting flies.

Here are some of the photos I took with my mobile phone. 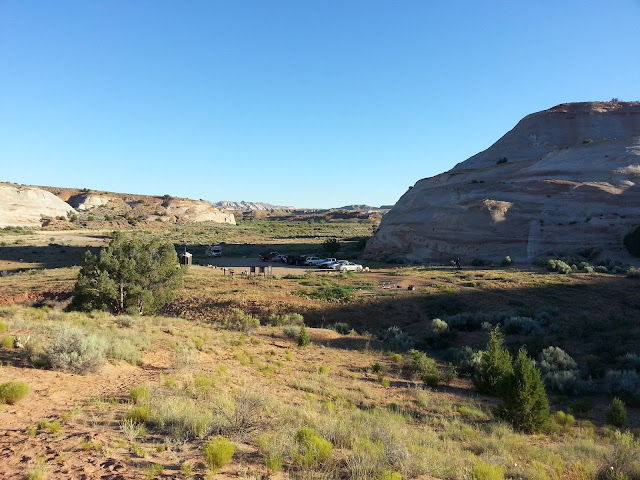 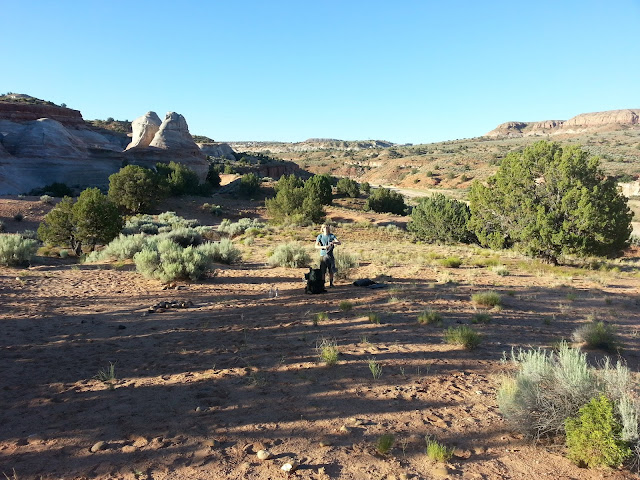 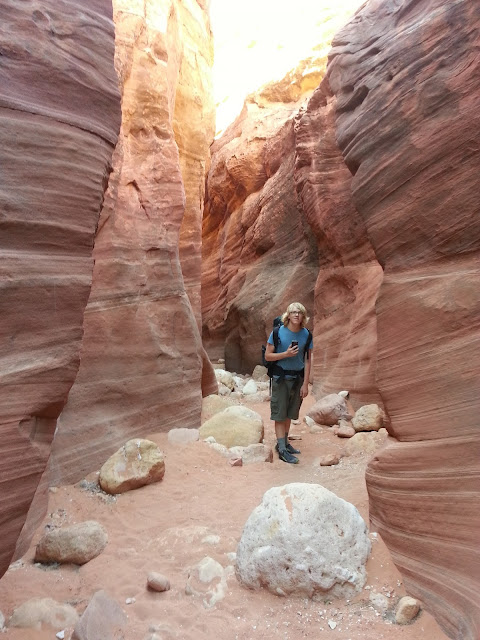 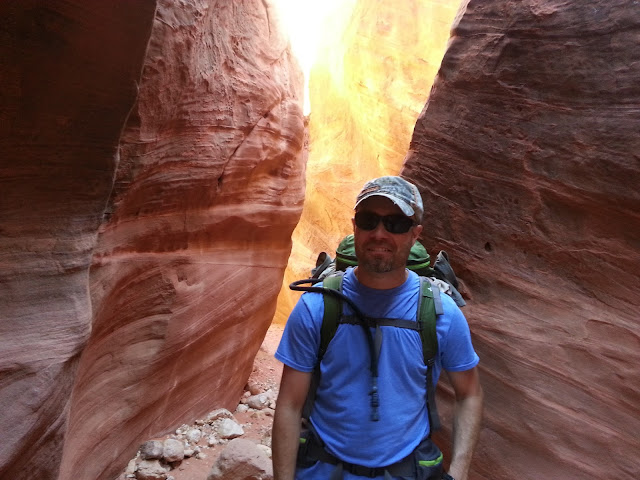 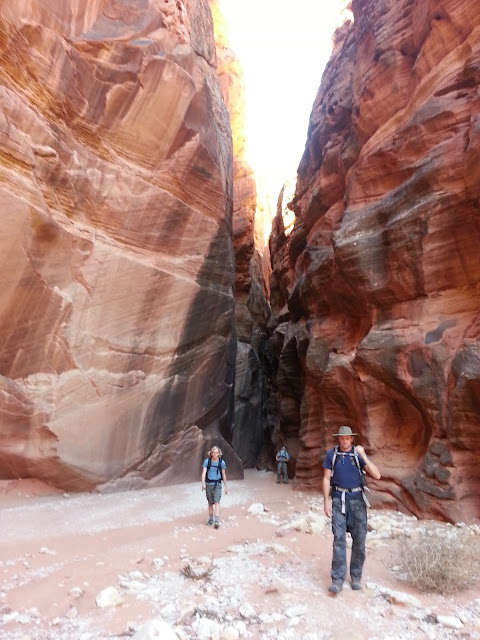 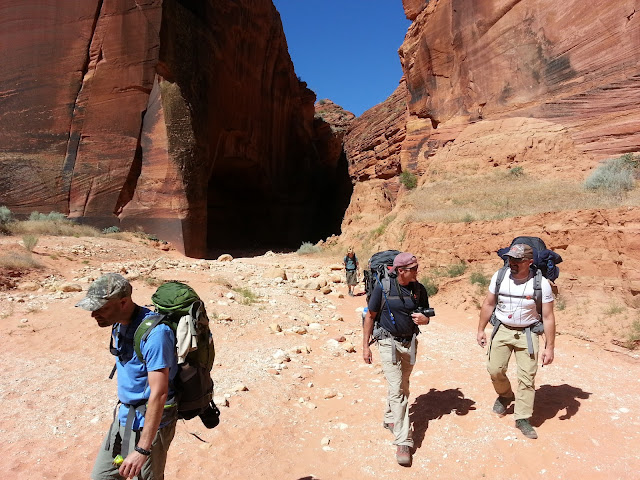 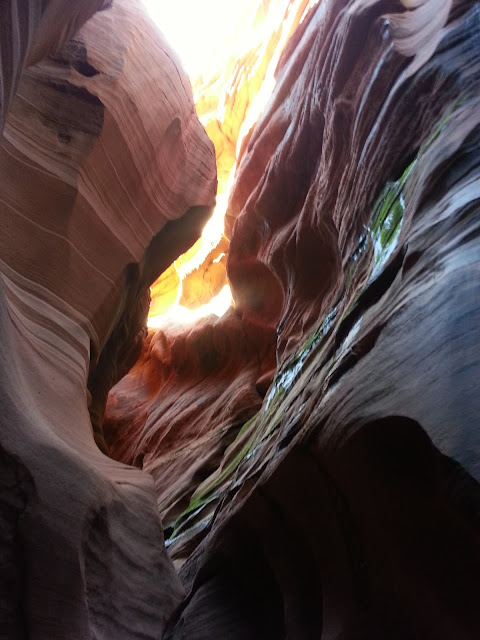 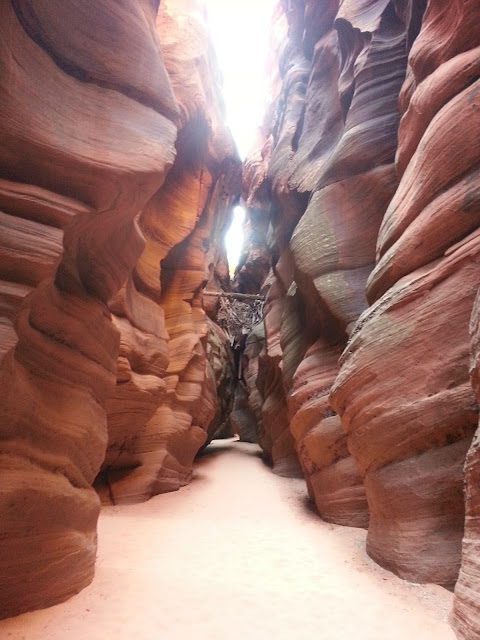 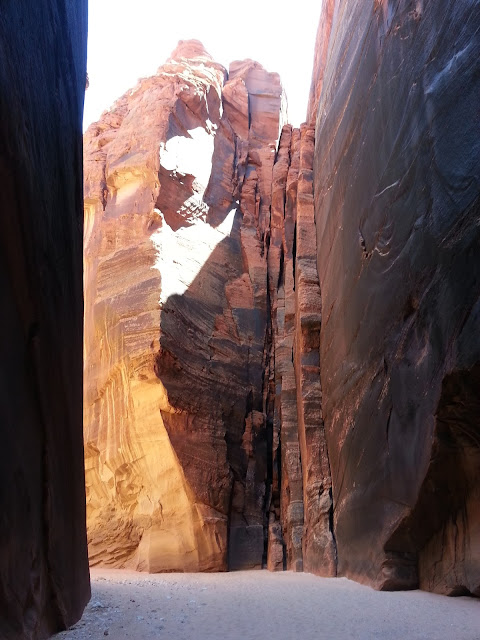 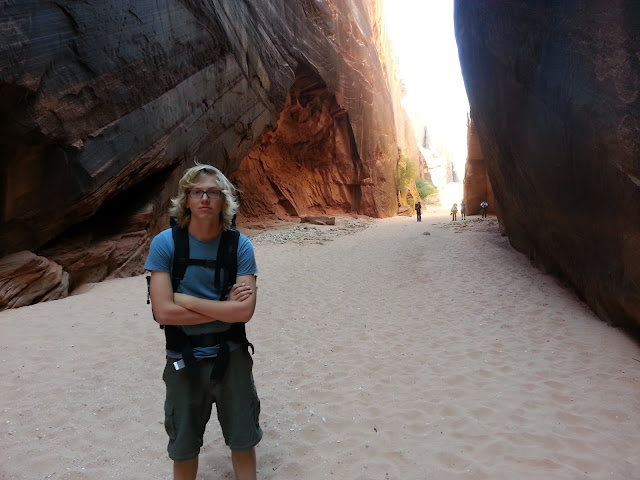 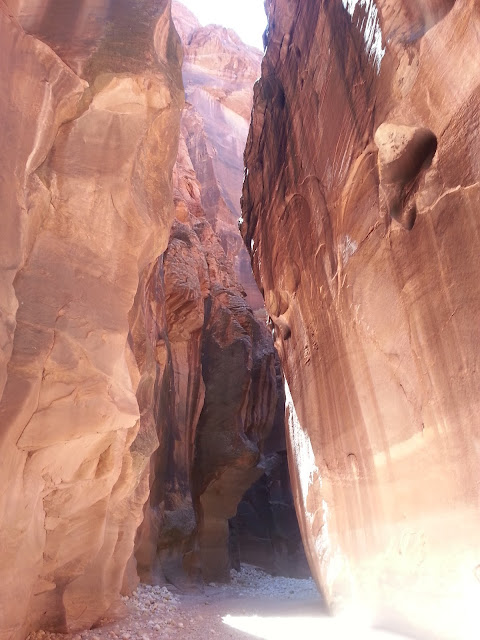 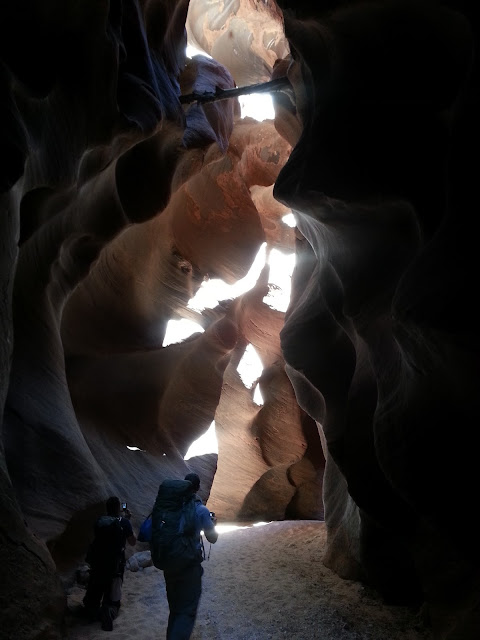 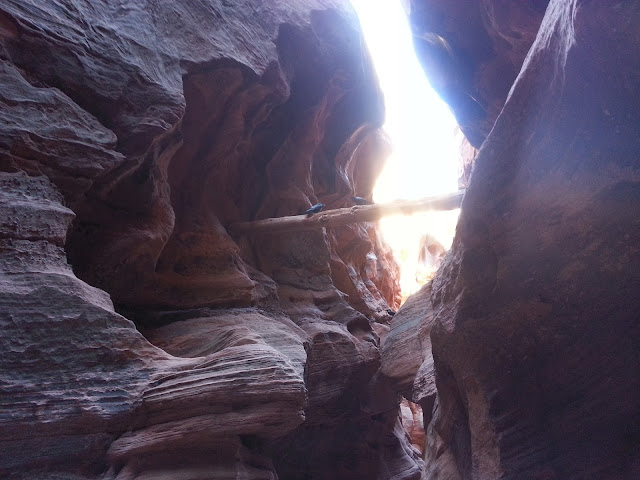 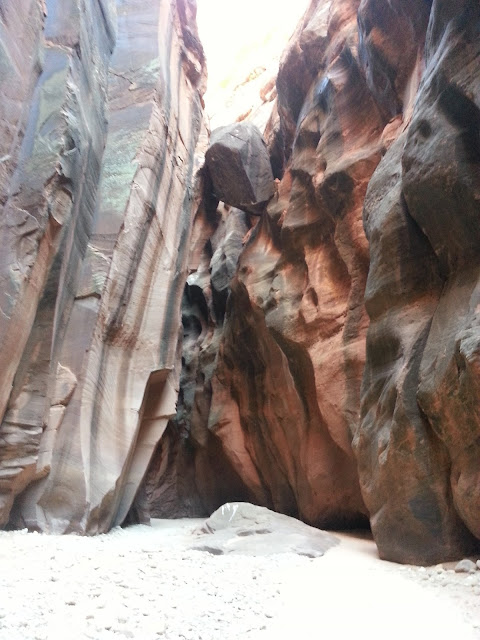 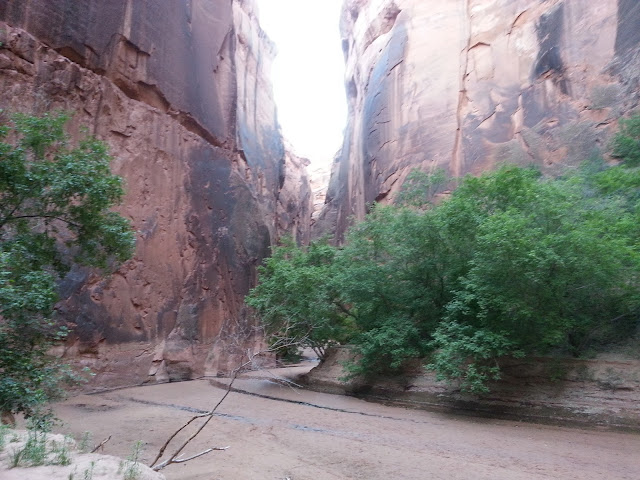 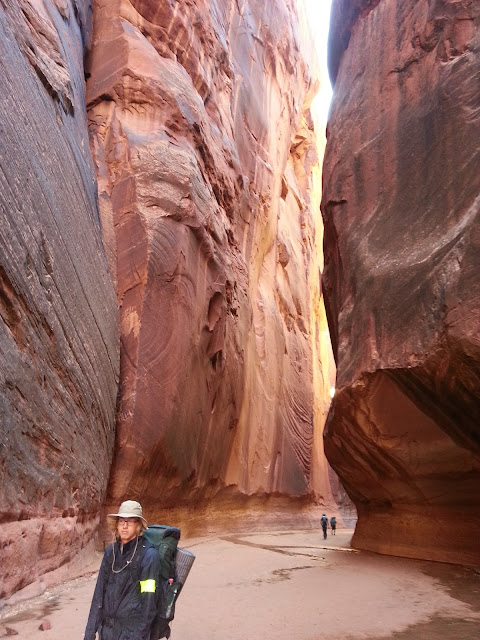 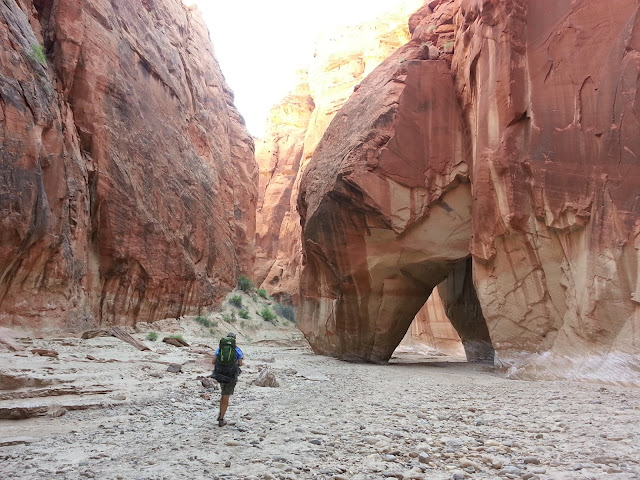 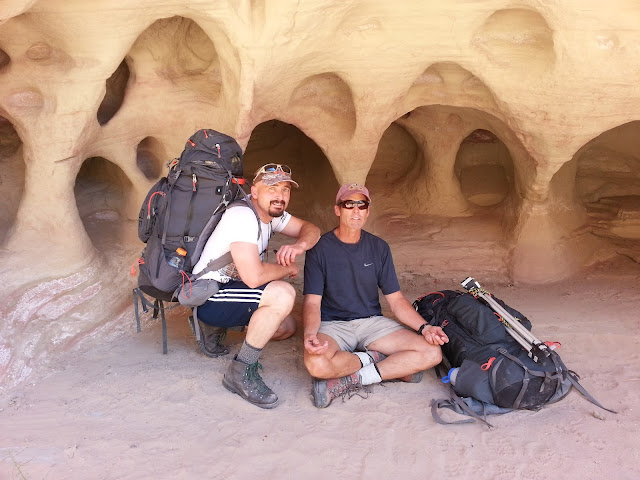 You can read more about it at Wikipedia's Buckskin Gulch article and at another site.