Back in May we went on a long road trip to Oklahoma City to visit Erin's sister, Ivy Skinner, and her family. We had a great time with the Skinners, and also got to spend time with Brian Dunn and Ron & Crystal Phipps and their kids.

At a used bookstore in Edmond, the suburb of Oklahoma City where the Skinners live, I came across several Bulgarian books from the 1970s and 1980s: 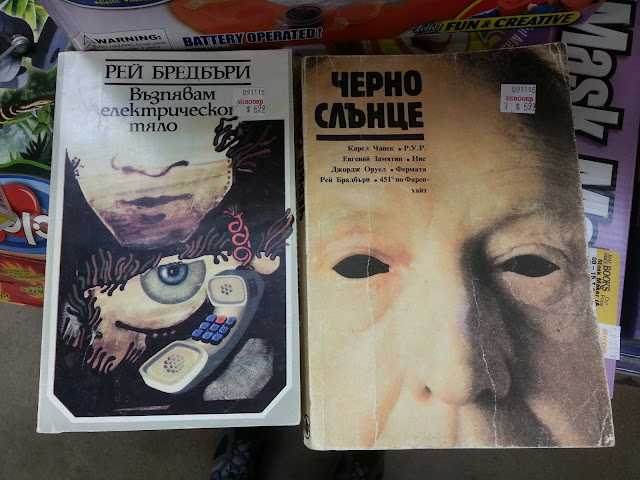 The one on the left is Ray Bradbury's I Sing the Body Electric, and on the right is a collection called "Black Sun" with Karel Čapek's R.U.R., Yevgeny Zamyatin's We, George Orwell's Animal Farm, and Ray Bradbury's Fahrenheit 451. 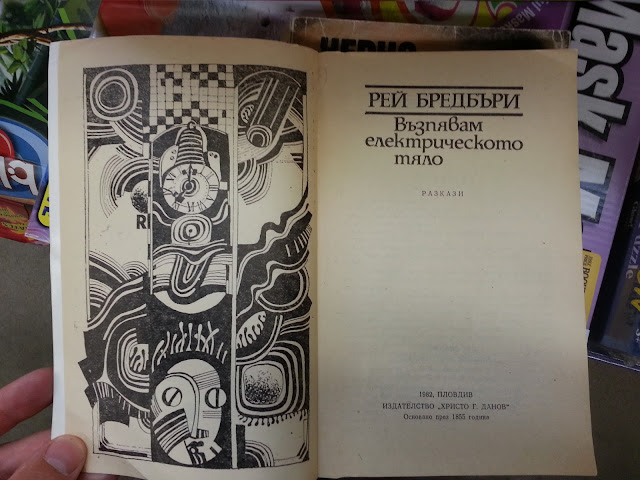 That's the title page of Ray Bradbury's I Sing the Body Electric. 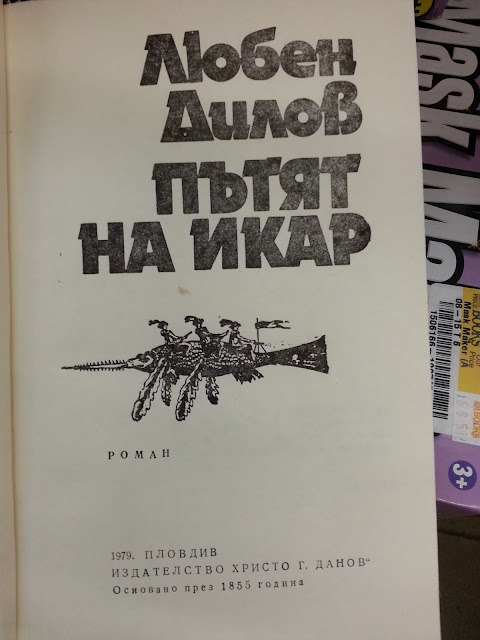 That one is The Trip of Icarus by Bulgarian science fiction author Lyuben Dilov. The Wikipedia page about him says the story adds a Fourth Law of Robotics, extending the original three laws proposed by Isaac Asimov: "A robot must establish its identity as a robot in all cases."

Neat to run into them!