Finally got around to watching this, which I taped off TV back in ... well, a while ago. Back when we had cable and I was a Human Tivo (Extreme Time-Shifting, Jon says). (Jon and I have avoided watching rated-R movies for years, but I've taped many of them when they were on channels that aired edited-for-TV stuff.) It was the Kate Bush song "Joanni" from Aerial that inspired me to watch it already.

I wasn't sure about it in the beginning, and whenever I watch something "historical," I spend a lot of time wondering just how much of it is really historical and how much is thrown in to sate the hunger of the masses for soap opera story lines. Of course, if I just knew more stuff, I would know, right? But anyway, at first, the movie seemed like it might be sort of weird--her visions featured a lot of fast-moving clouds and choppily edited scenes of things. And there was too much music.

But I am always interested in people who see visions. I believe in visions, but I don’t believe everyone who’s claimed to have them. I wonder how many of them question their own sanity. And I wonder about their sanity. There are a lot of people throughout history who’ve claimed to have visions, and someday I’d like to know who really did have them, who was insane, and who fabricated them in order to get power over others. I guess there might be some other categories in which to put vision-having people. Like Tevye in Fiddler on the Roof. But those were dreams, I guess.

The Messenger doesn’t answer this question about Joan of Arc, but it explores the idea, mostly through Dustin Hoffman’s character (listed as “The Conscience” on IMDb.com). Joan doesn’t seem to question her sanity so much as her own motivations. This part—after she’s arrested until the end—was my favorite part. Interesting stuff to think about.

It’s pretty violent, of course, but fortunately there’s plenty of comic relief. It’s not inappropriate, though; it’s mostly from the military leaders and soldiers who were following Joan. They’re coarse, career army guys who adore her and are exasperated by her.

And it turns out that the movie is fairly accurate historically, though the murder and rape of her sister at the beginning is apparently made up (her village may have been burned, though). However, considering the times, I think it’s likely she saw things like it, even if it wasn’t her sister. Apparently, Joan of Arc is one of the best-documented people of the Middle Ages, and much of what happens in the movie probably did happen.

So it was worth watching. The acting was good, especially Milla Jovovich and Dustin Hoffman, and John Malkovich and Faye Dunaway were great as the Dauphin and his mother-in-law, using Joan as long as they needed her and then dismissing her with the wave of a hand. In the end, I was glad her visions weren't more developed in the movie (and the real Joan heard voices, I think). Since Joan never described her voices or visions, it's good they were left ambiguous. 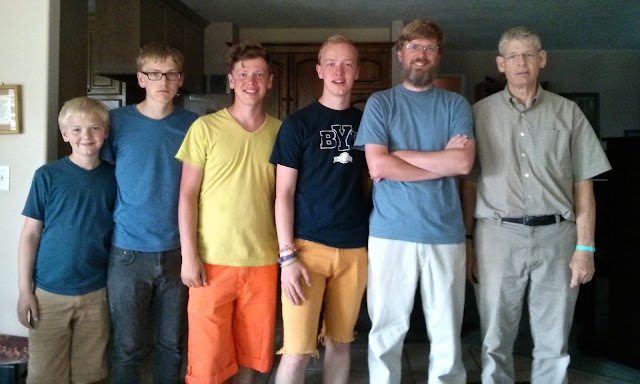