Hey, everybody! On Thursday Morning in Amsterdam, we went around and saw some stuff. Then we had to go and catch our 8 hour long plane ride back to Minneapolis. On that plane flight, we flew over both Greenland and England. Here are a few photos:

One of a canal in Amsterdam. They were really cool; I wish we had had enough time to go on a boat tour. 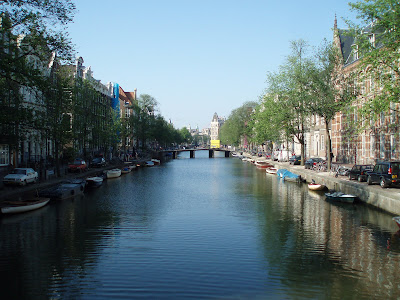 Amsterdam also had a lot of houses that were leaning over really bad. Check it out! 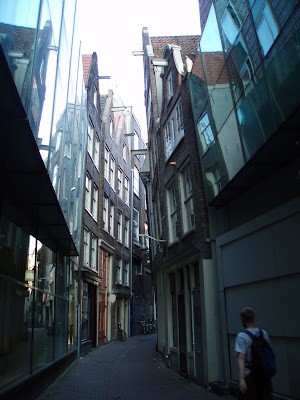 That's crazy, isn't it? There was also this really weird clock that went counterclockwise and had the numbers spaced all crazy. 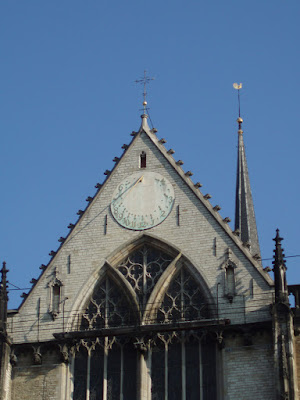 When we got to Jackson from Minneapolis, we drove home. Once we got there, I ate dinner, gave everybody their postcards, and then pretty much went to bed. I was pretty tired! I have pretty much gotten over my jet lag now, though. It was really fun in Europe, but I'm still glad to be home. Thanks for comments and stuff. See you all later!