Thursday, 18th August 2011 We went for a walk around Riga for one last time before we went to Tallinn. Then we went to the bus station. There we met a guy who went to YAPC::EU. (We could tell by his t-shirt.) His name was Sergey and he lives in Tallinn. He rode the same bus as us there and was nice enough to show us how to get to our hostel. Our hostel is awesome. We are in a six person bedroom with four Germans. After that we walked around town for a while, seeing some of the sights. Here's a building by our hostel: 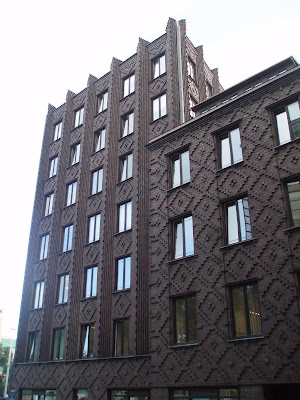 It’s really a nice place. We went into the Alexander Nevsky Orthodox Cathedral, and saw some of the inside. 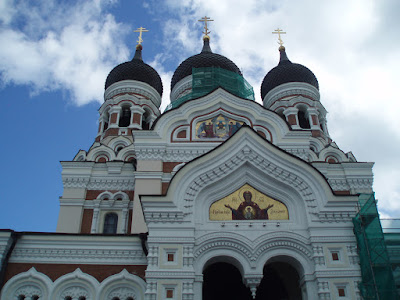 After that we went back to the hostel and hung out in the lounge. They have guitars and other musical instruments that you can play in there. After a while we went to bed.

Friday, 19th August 2011 So after a good night’s rest, we went to a bookstore in the old town that sold some old magazines, and stuff. We went to a free walking tour that lasted two hours. We went on almost the same route as the one we took on our own the day before. It was still good though. One of my favorite things about Tallinn is that half the city wall still remains and it’s really cool. 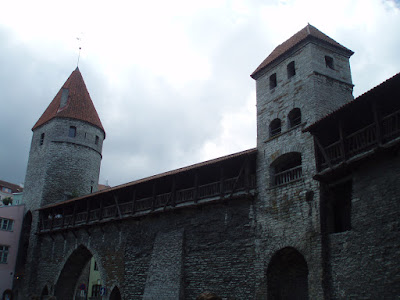 One of the towers along the wall was named the Virgin’s Tower, a town joke because it was used as a prison for prostitutes. 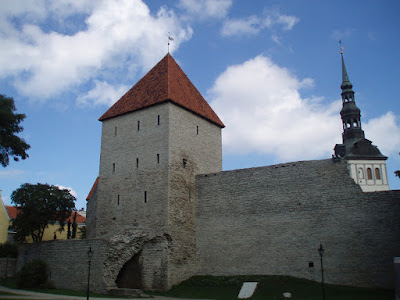 There were probably 75 or 100 people on the tour, but the tour guide had a loud voice, so we could all hear. 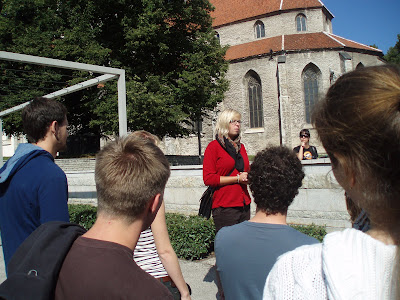 After the tour we went to the beach at Pirita. We swam and stuff for a while, then we started walking back. We took the bus there and after a while we decided to take the bus the rest of the way back. Dad contacted Sergey, and arranged dinner with him. Then we went back to the hostel. We hung out in the lounge for a while. I played guitar along with some people who were playing bongos. We went to bed a little after 1:00.