This summer the four Jensen brothers (Jon, Jeremiah, Caleb, Charlie) and our families had a reunion camping trip in Great Basin National Park, near Baker, Nevada. None of us had been there before, but it was roughly in the equally distant from all of us, had a campground for car camping, and the second-highest peak in Nevada, which some of us wanted to hike.

The town of Baker had lots of fun homemade artwork outdoors in yards, on fences, etc. We didn't get any photos of that as we drove by on the highway, but this extra stop sign in the middle, behind the cross road, that says "Whoa", imparts the feel of it: 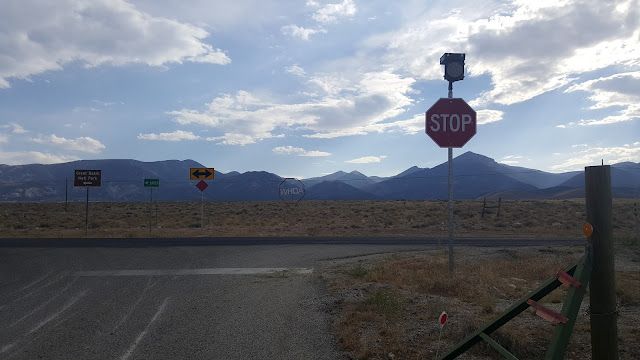 The first night we weren't able to find campsites near each other, so the next morning some of us moved our tents and things to campsites closer to the others once some people had left: 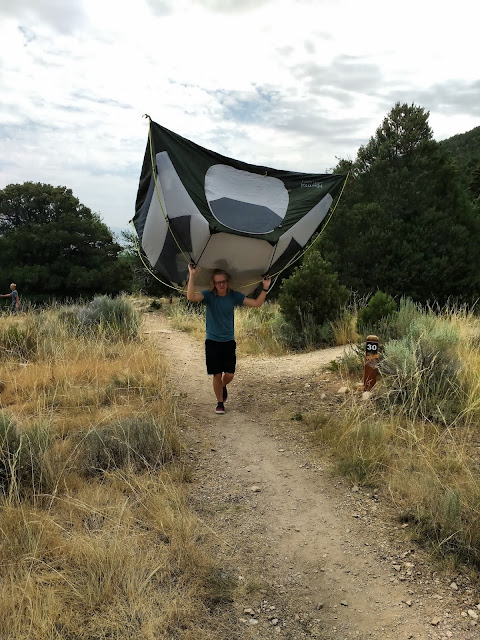 We had plenty of time to just hang out: 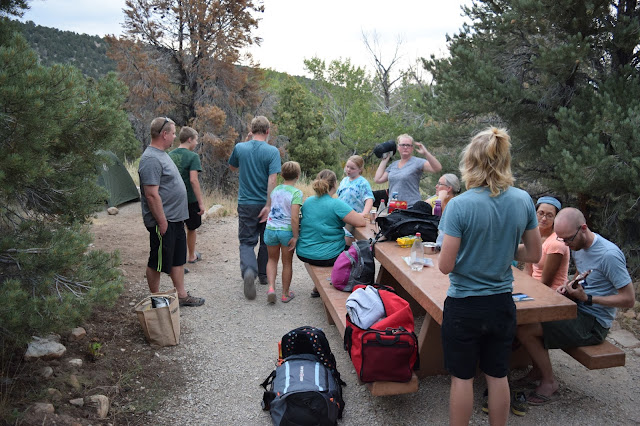 And Caleb & Jenn's popup camping trailer, shelter, and cooking gear made it much nicer for everyone: 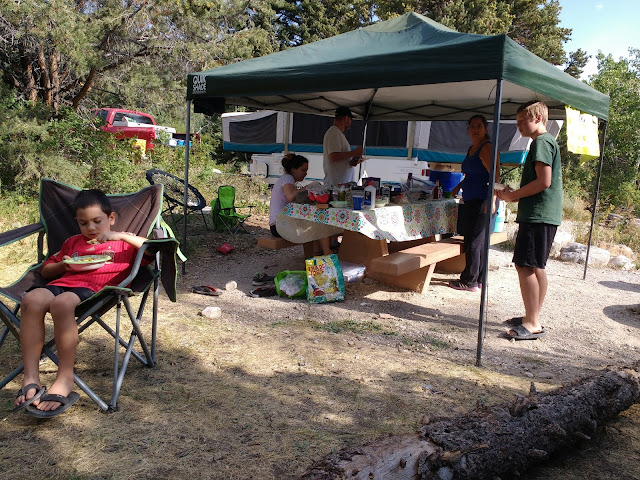 There were some shorter, easy hikes we all went on to little lakes: 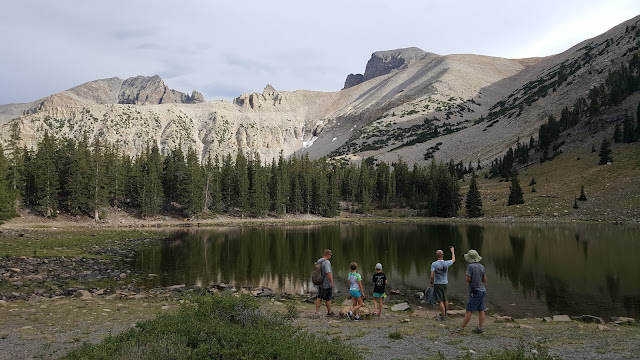 And Charlie surprised us all by pulling out a small backpacking inflatable raft! 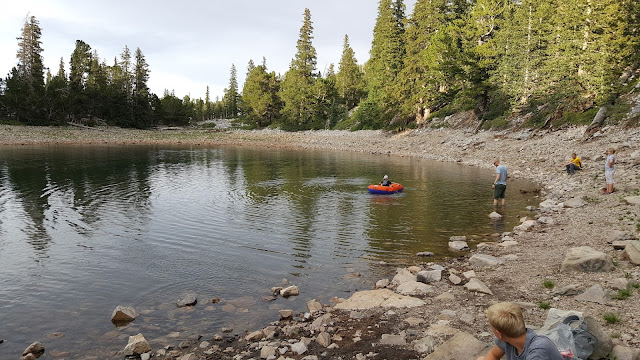 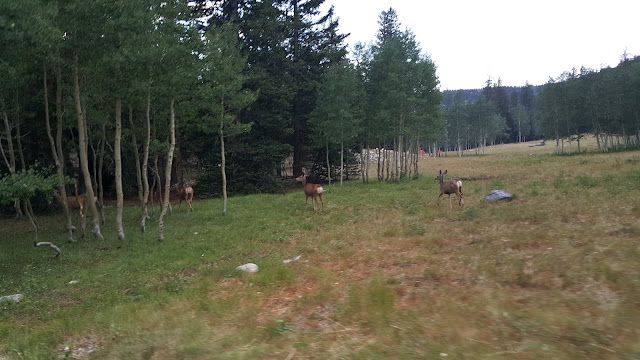 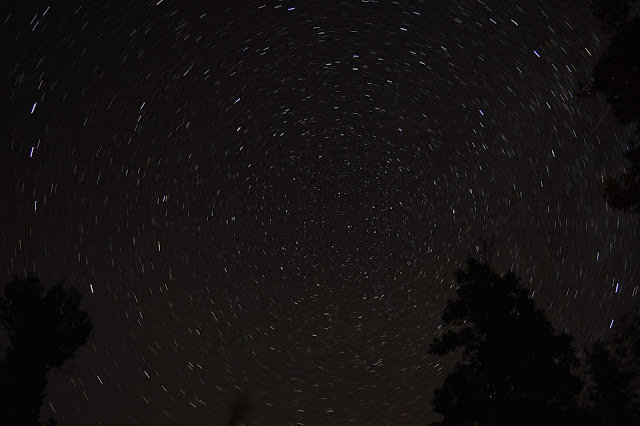 We attended a talk about the park history, fauna, and astronomy done by one of the park rangers, but the weather was bad so we weren't able to look in the telescopes they otherwise would have set up for us.

One morning several wild turkeys ran through our camp! 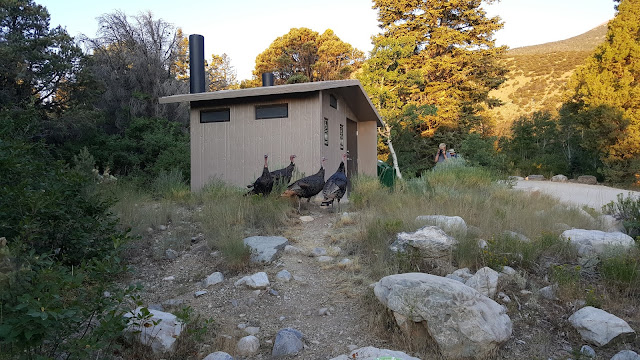 Surprisingly, they liked to fly to the tops of trees and roost there as well. They are really big. Park rangers told us that they've only been in the park for 10 years or so, when they escaped from someone's plans to hunt them in Baker, to the freedom and higher ground of the park.

Some of us hiked to the top of Wheeler Peak, the second-highest peak in Nevada at 13,065 feet. It was a strenuous but not overly difficult hike since the trailhead starts at about 10,000 feet. The views were great. 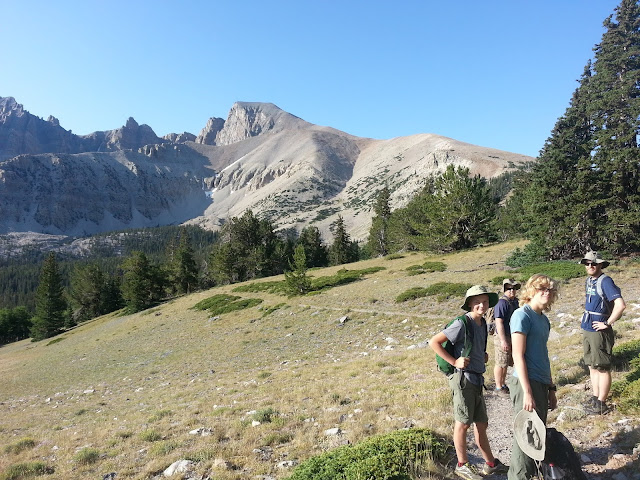 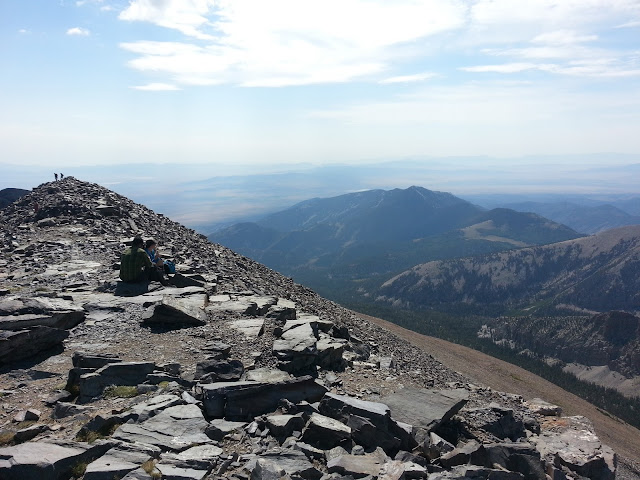 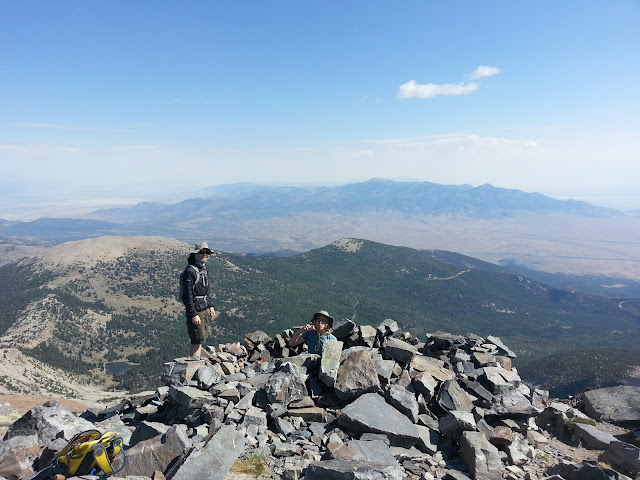 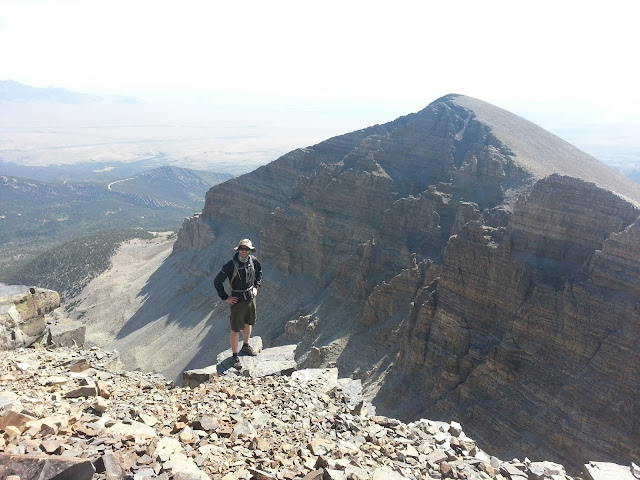 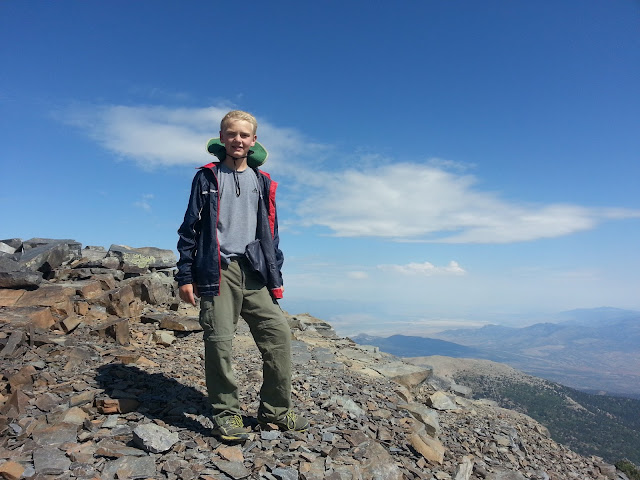 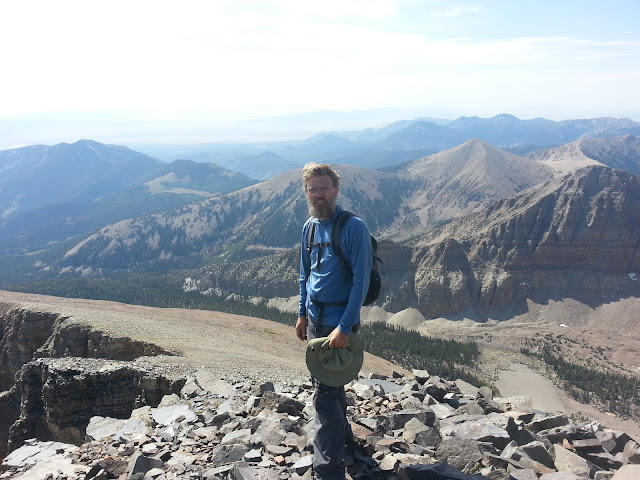 It was great to get the four brothers together again in one place: 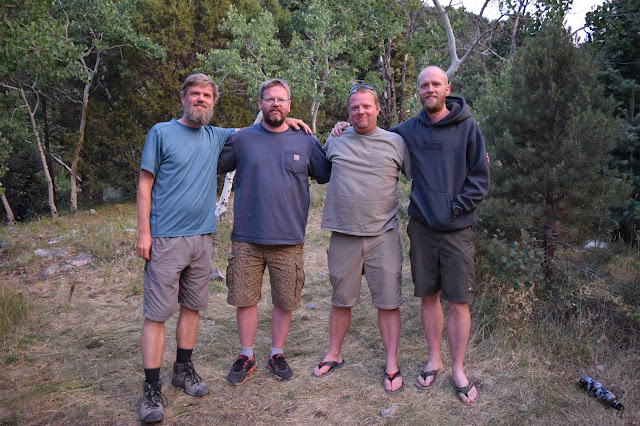 And of course we had to take a bunch of group photos of everyone, a rare opportunity: 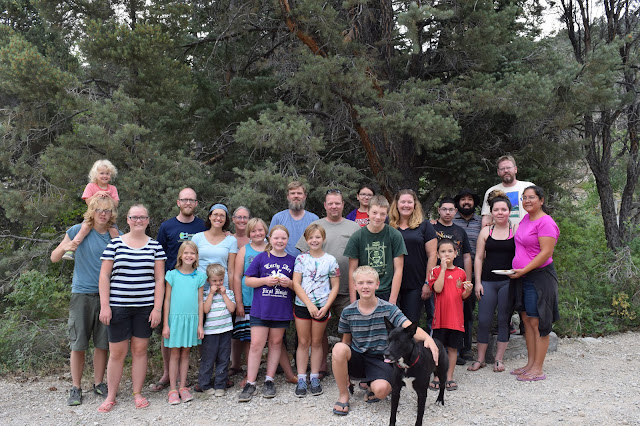 On the way back we drove through Eureka, Goshen, Genola, and Santaquin, all part of our old orbit around Santaquin. These were some of the interesting sights in Eureka, where we also saw the oldest Catholic church in Utah (not shown): 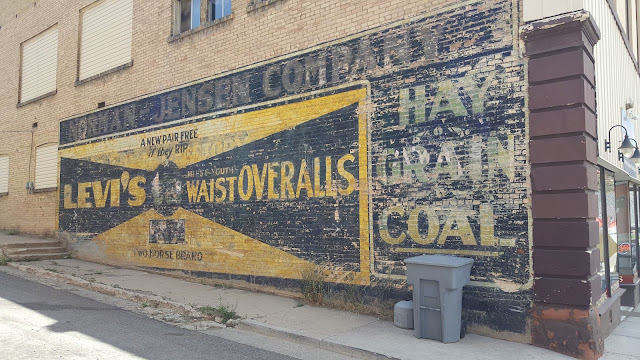 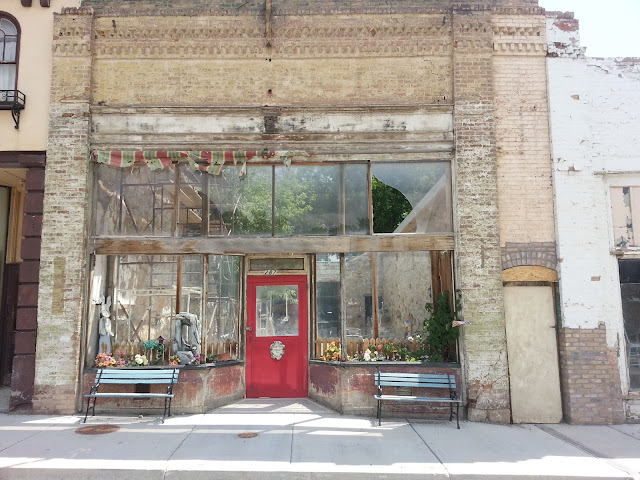 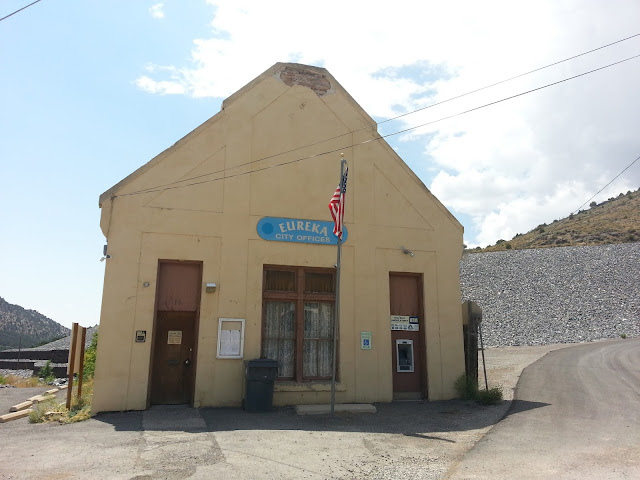 We really enjoyed Great Basin National Park and were glad to have experienced it!