Our ferry to Helsinki from Tallinn was canceled because of rough seas and they sent us over to another ferry, but we had to wait another two and a half hours so we walked around Tallinn for a while. Finally we got on the ferry and there we met these two Finnish guys who didn’t speak any English at all. They didn’t even understand hello. Dad thought they were speaking Estonian at first and kept trying to communicate with them using our phrase book. Finally one of the people next to us asked us if we wanted them to translate for us. After that little adventure, we went to our hotel. We just stayed in there because it was late.

The next morning was Sunday. We went to church at a building about a quarter mile down the street. A lot of the people there spoke English, and missionaries translated for us.

After church, we walked around in the bay area for a while, then went to a ferry to go to the fortress island Suomenlinna. That was awesome. It was probably a ten or twenty minute ferry trip, and was really cool. It has lots of old cannons, and stuff. 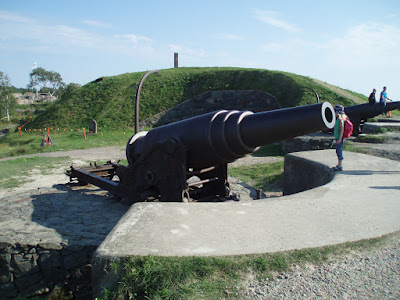 At the south island there were a lot of tunnels running around underneath the walls. 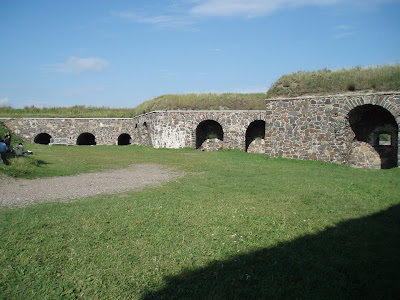 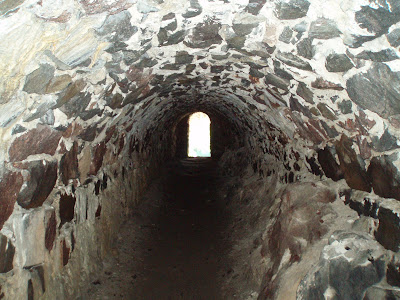 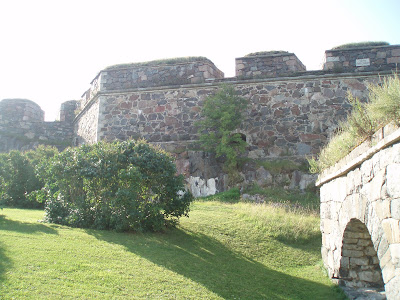 It was totally one of my favorite parts of the trip.

After Suomenlinna we went to a couple of the big churches near the docks. In one of them we heard an organist practicing for his performance that night. 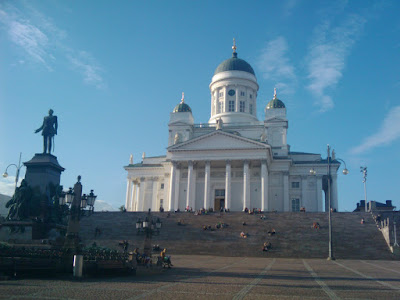 Then we met up with someone Dad knows from Interchange named René Hertell. We went to dinner at a restaurant called Virgin Oil. After that we went back to our hotel.