Just around the other side of the hill Nebet Tepe from our house, about 5 minutes' walk, I came across an Armenian area with a church, a couple of schools, and an Armenian holocaust memorial.

First a view of the church from part way down Nebet Tepe:

This is the church up close: 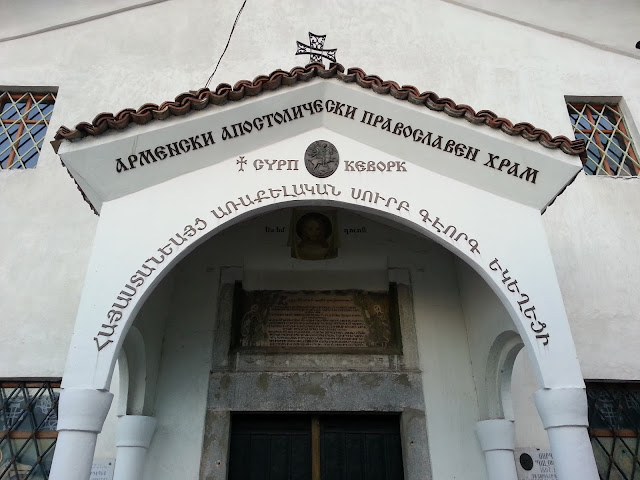 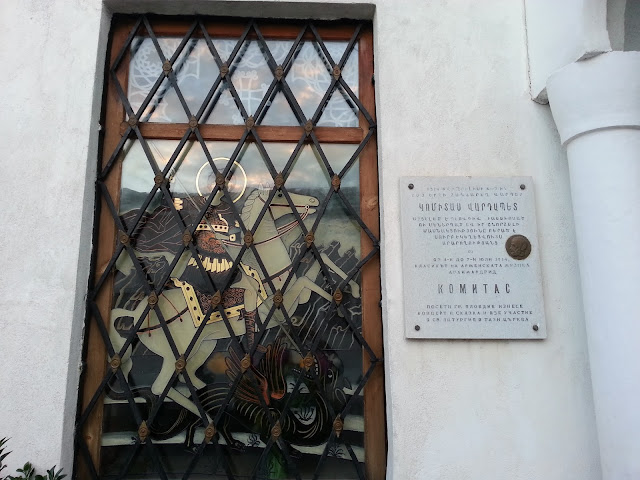 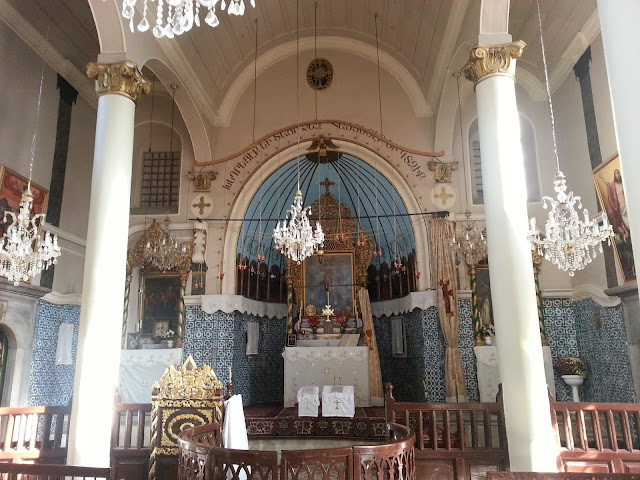 A water tap and basin on the side of the church that reads 1818 on the right and ‎١٢٣٣ (1233) on the left in Eastern Arabic numbers, where A.H. 1233 in the Islamic calendar is the same as A.D. 1818 in the Christian calendar. A reminder that Bulgaria was ruled by the Ottomans at the time this was built, and Turkish was written using the Arabic alphabet until they switched to the Latin alphabet in (A.D.!) 1929. 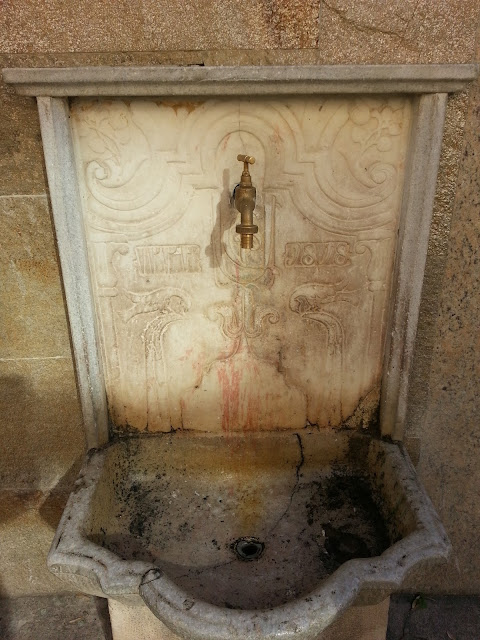 A neat stone drain in the cobblestone courtyard: 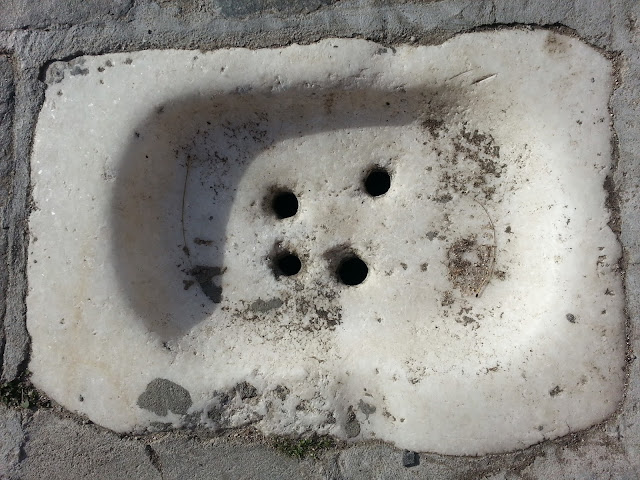 Memorials commemorating the approximately 1.5 millon Armenians who died in the 1915 Armenian holocaust: 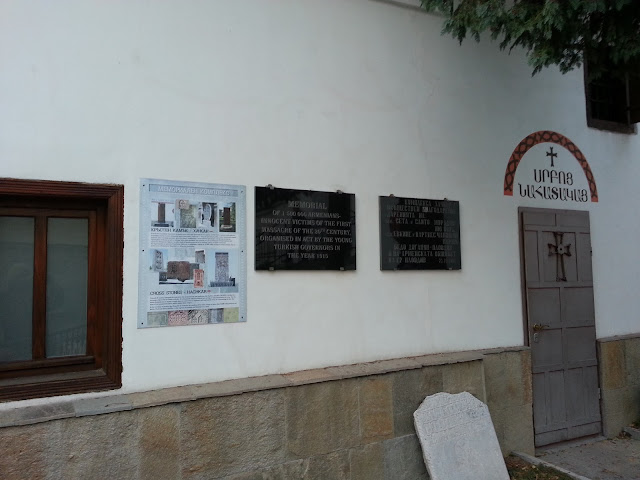 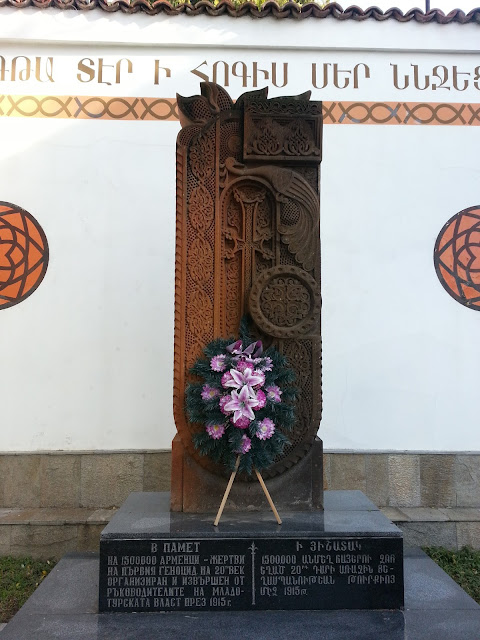 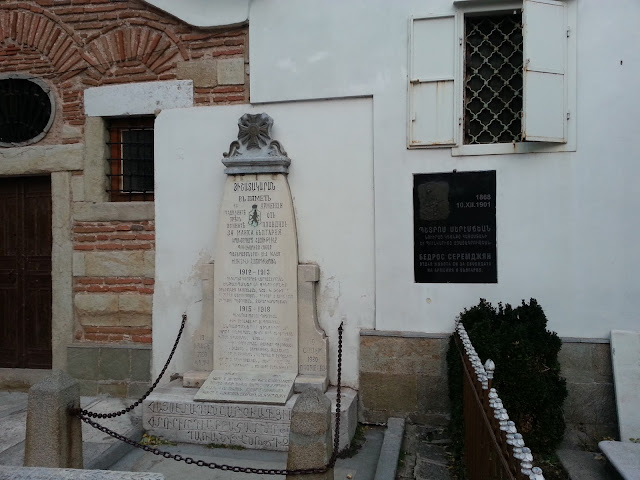 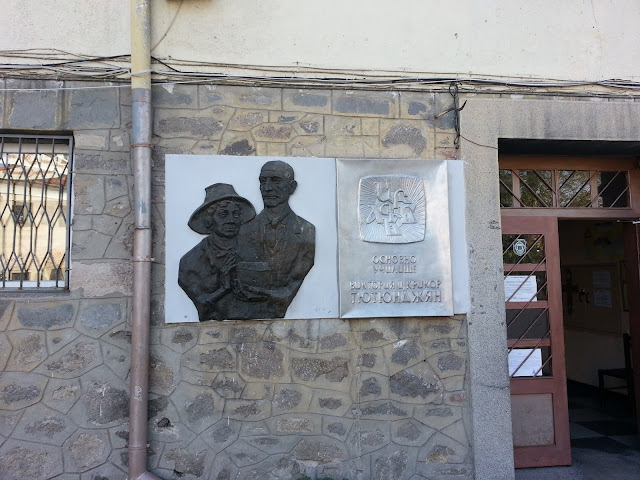 A tower (a bell tower, I think) in the corner of the Armenian church/school compound, from the outside: 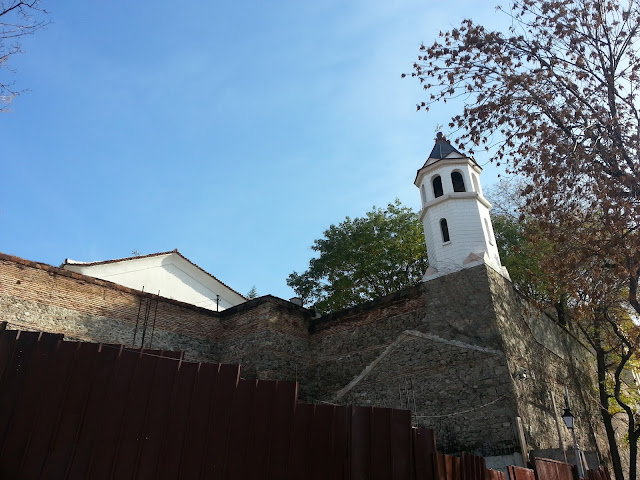 There are more photographs of the church in this article "Small Armenia" in Plovdiv and the Wikipedia article Armenians in Bulgaria is also interesting.