We took the train (well, three trains) to Conwy, Wales, on Friday, which was Jon's birthday. I've just looked through my photos from the day, and they really don't compare to being there, but I'll put some up, anyway.

Conwy Castle was built by Edward I of England between 1283 and 1289 when he was trying to conquer the Welsh. (A cousin sent me a list of my royal English and Irish ancestors, and Edward I was my 22nd great-grandfather! Although all those medieval kings were kind of crazy and bloodthirsty, so maybe it's not that exciting.) He built a lot of castles along the coast of Wales during that time. At Conwy, there's the castle as well as walls around what was the town of Conwy at the time (now Conwy's a bit bigger than it was and extends beyond the walls).

You can walk along the tops of most of the walls around the town. Buildings and houses are built right up against the walls in many places and some people have the wall in their back yard. Here are most of us on top. 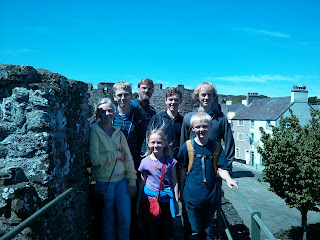 There were a couple of guys in medieval costume in the courtyard of the castle with these owls and a hawk. They did some flying demonstrations with the hawk (which was really cool!) and we could touch the two light-colored owls (with Mira), as well as the hawk, but the mean-looking one on the right was not for touching. 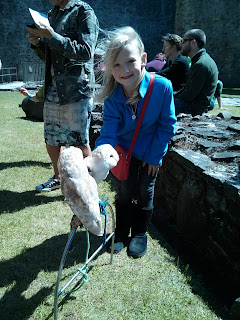 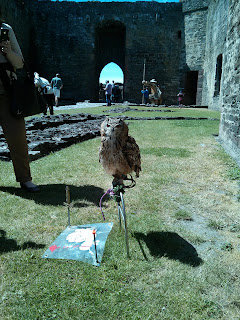 From one of the towers in the castle. You could really wander around almost the whole thing. I'm not a fan of heights, but I went up, anyway. It looks really far down in the picture on the right, and it was! 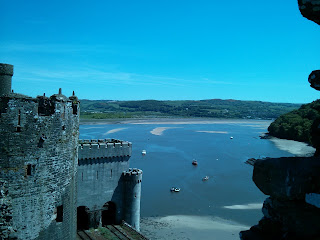 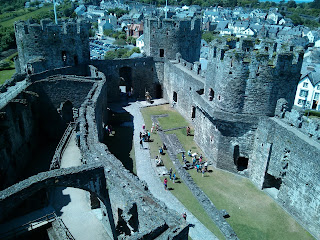 This is King Edward's private toilet located next to his private viewing chamber by the chapel (presumably the seat was wood and not this iron grate). The chapel was in one of the towers and very small, but apparently he didn't want to mingle with lesser beings or something. And he felt that he needed a toilet right there. Were the services very long, do you think? 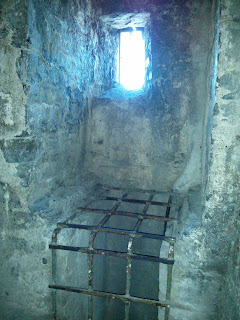 Speaking of toilets, here is a row of them, so you can see how they're designed. Each of those outcroppings up at the top is just a hole built out from the side of the castle. I guess walking along the outside walls of the castle would be pretty unpleasant. 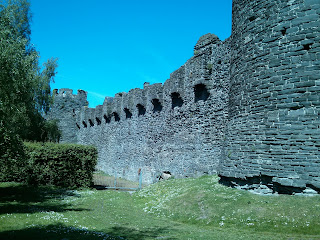 The castle from the opposite corner of the town wall, showing lots of town buildings, and from the end of the wall that extends out over the river. 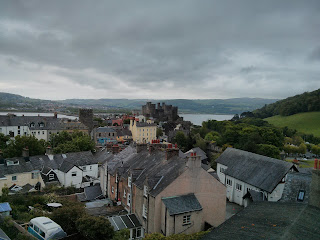 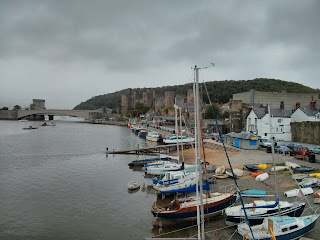 Also from the wall. If you look closely at a second-story apartment, you can see a stuffed dog in the window. 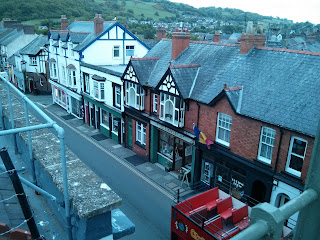 We also visited a 16th century house called Plas Mawr that's famous for being a well-preserved Elizabethan home and for the plaster work on the ceilings, mantels and walls. We enjoyed seeing this house because you could just walk through and touch things instead of viewing things from behind a rope. Even better, there were original and replica clothes, tools, and other items lying around, as well as real food everywhere it would have been. The kitchen smelled like a real kitchen because of the crushed garlic and herbs lying around. (The rabbits are real but stuffed.) 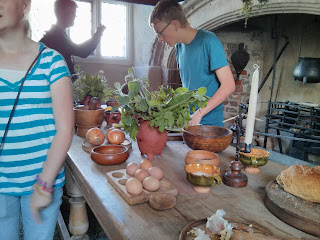 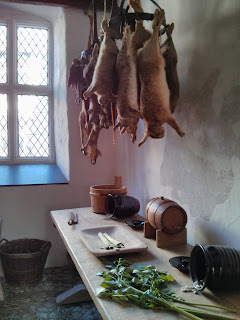 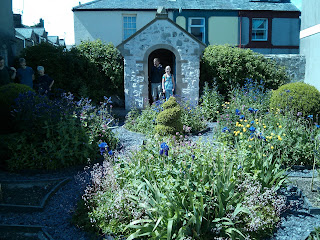 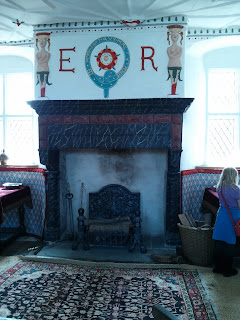 Last but not least. Or actually, yes, least: The Smallest House in Great Britain, occupied most recently in 1900 by a 6'3" man who could not stand upright in it. It has two floors! And is still owned by his descendants. 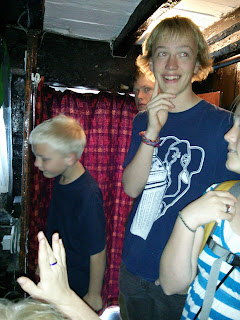 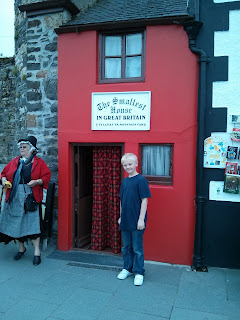 Like I said, though, the pictures don't do it justice. Everything was vivid and beautiful and kind of magical. When Jon and I have traveled without the kids before, I found myself wishing they were with us so they could see what we were seeing (while at the same time enjoying our time without them immensely). Now that the kids are with us, I just think of other people I wish were with me. Also, I'm pretty sure we need to go back to Wales some day.