Last week I went on a bike ride with no particular destination, and ended up in a tiny village near Pocklington called Nunburnholme. There are so many old churches here in East Yorkshire! The village church and graveyard looked old and interesting: 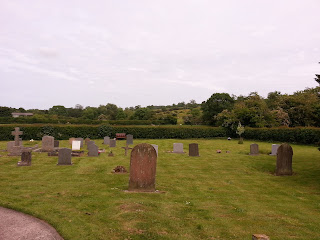 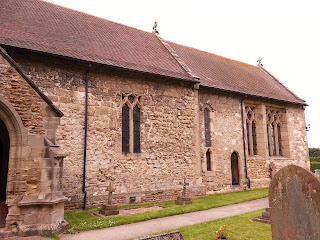 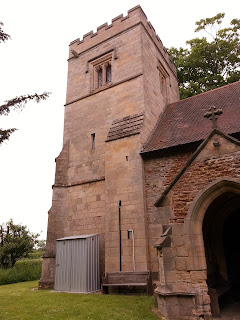 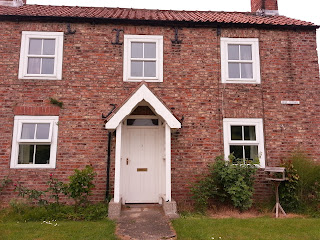 A friendly older woman opened the door, gave me the key, and said I could put it in the mail drop when I was done.

The inside of the church was quiet except for the wind and birds up in the rafters. Right near the door is a Norman-era arch dated to 1100-1140 that has carved human faces in various attitudes: 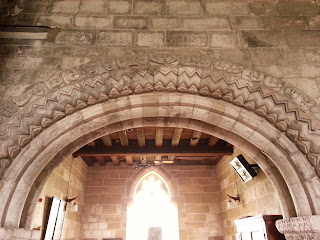 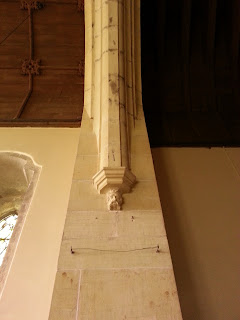 And behind that is an Anglo-Saxon cross or stele that was rediscovered in 1873 during demolition of part of the church. It had been built into a wall, and is partially damaged due to that. Being Anglo-Saxon, it is thought to be from roughly the 10th Century. 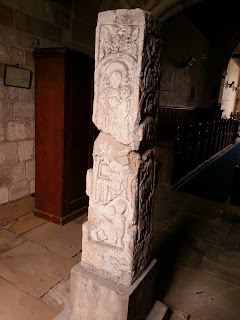 There is a little pipe organ, or at least what appears to be one. (I've since learned that sometimes older pipes are left as a facade for newer electronic organs.) 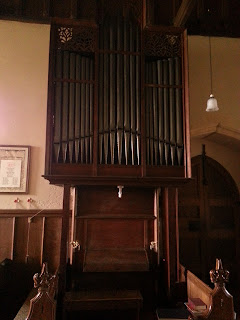 And the rest of the small church: 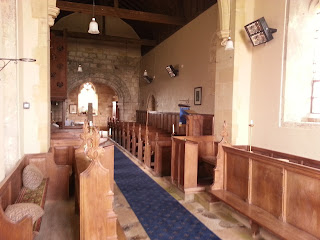 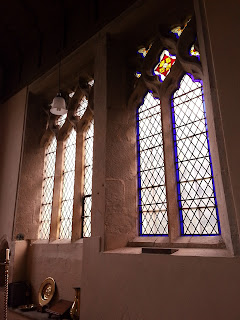 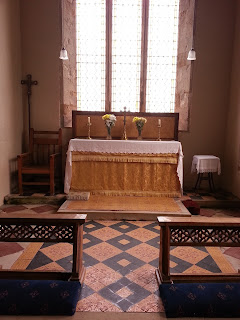 It is a delight to be entrusted to visit such an old treasure of a church as this alone in peace and quiet. There are a few more details at the St. James Church website.