Бачковски манастир / Bachkovo Monastery, founded in 1083, is the second-largest monastery in Bulgaria, and is said to be one of the largest and oldest Eastern Orthodox monasteries in Europe. Those two links go to Wikipedia articles that explain much more, including interesting connections to Georgia and Armenia, and have some good photos. See these pages on pravoslavieto.com and bulgariamonasteries.com for more history and photos.

A couple of weeks ago I went there for a day with Jacob and Phin. They requested that photos not be taken inside the monastery itself, but we have plenty from the beautiful hills and nature, and of several wonderful small churches up in the mountains.

This is the gate to the monastery grounds: 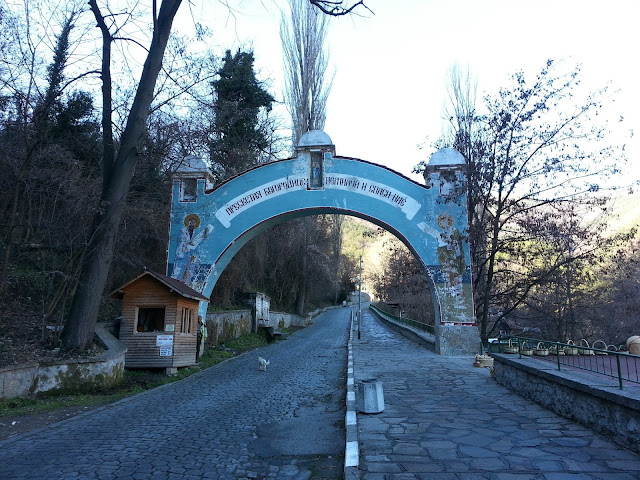 Water fountains are common, and some like this one have icons and inscriptions too: 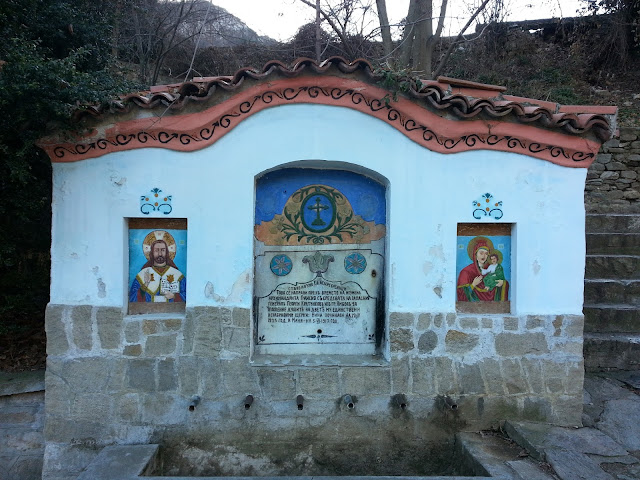 This was the furriest fountain we've ever seen: 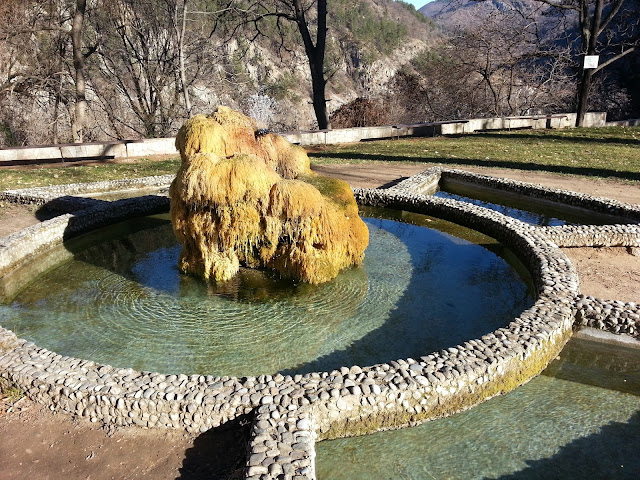 This is the main monastery entrance: 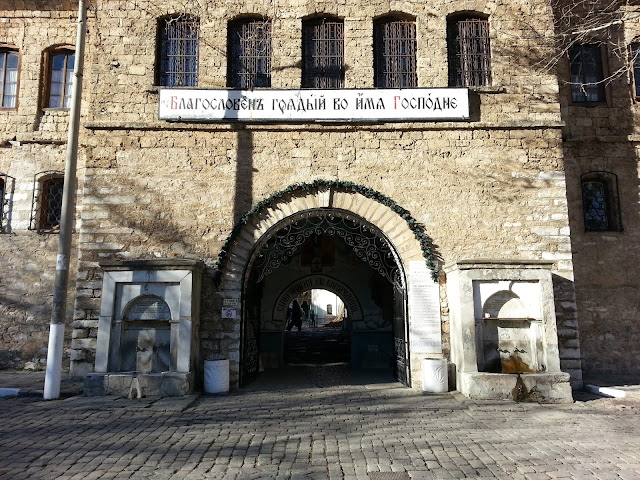 This is a graveyard and ossuary (bone house), but it wasn't open: 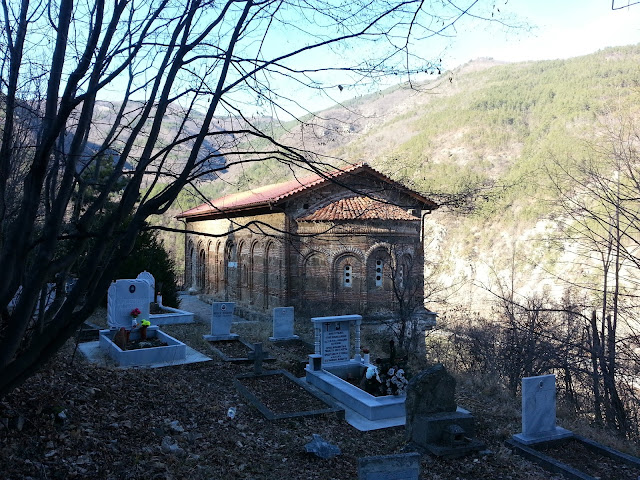 We met a nice man who worked at the monastery in the kitchen, and who took us on a hike into the hills. He took this photo of us: 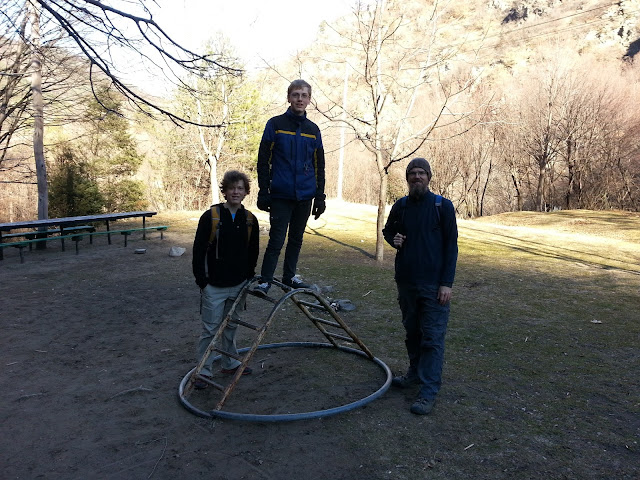 Our friend pointed out that this is the end of a poem by Пеньо Пенев (Penyo Penev) from 1955, which I believe was at the yard of a former orphanage: 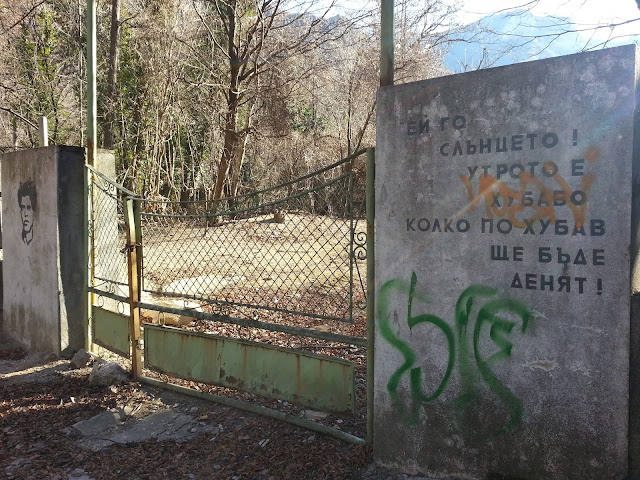 On our walk we came to a walled courtyard with a tiny shrine or chapel built around a spring said to have healing water. 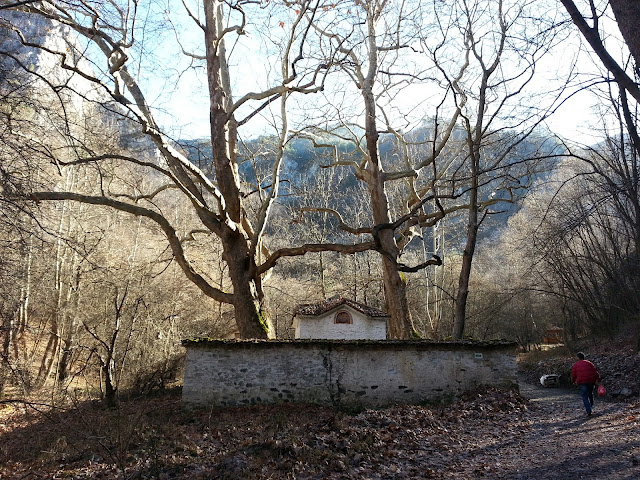 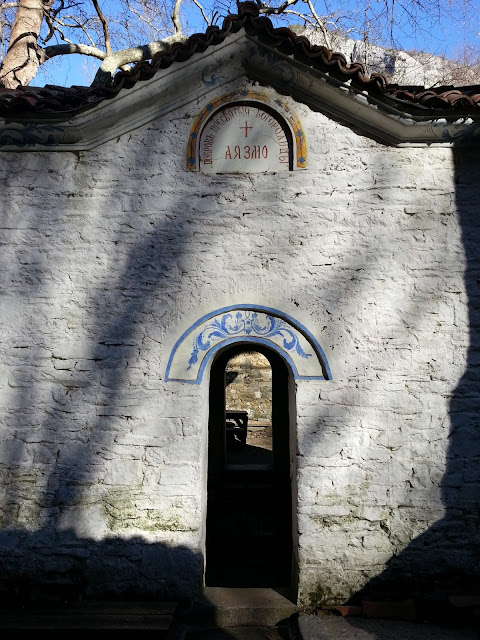 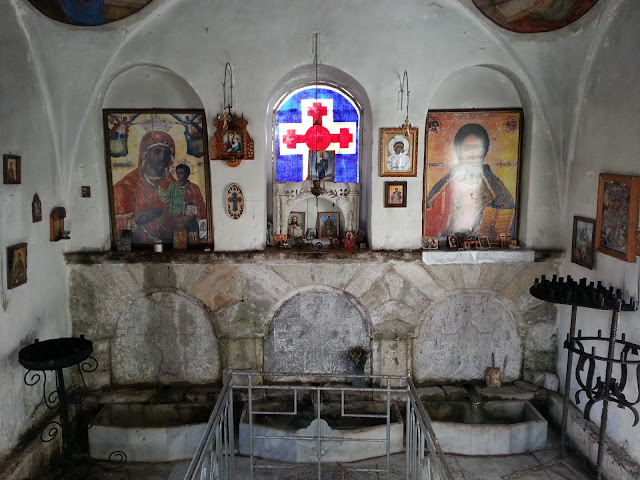 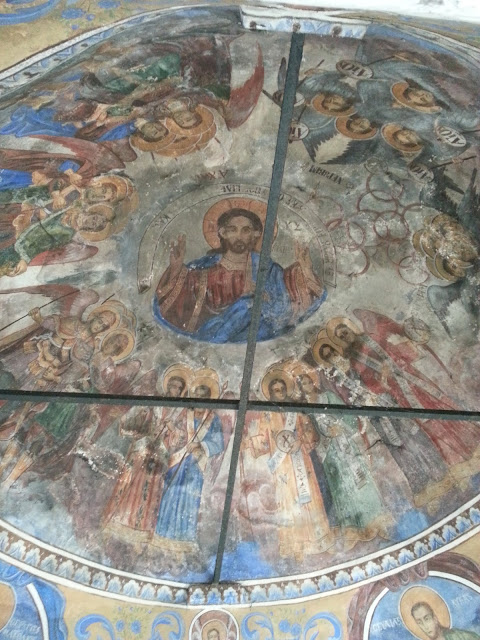 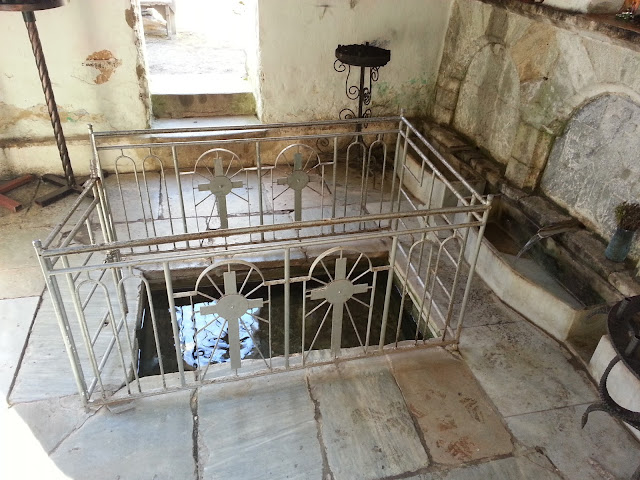 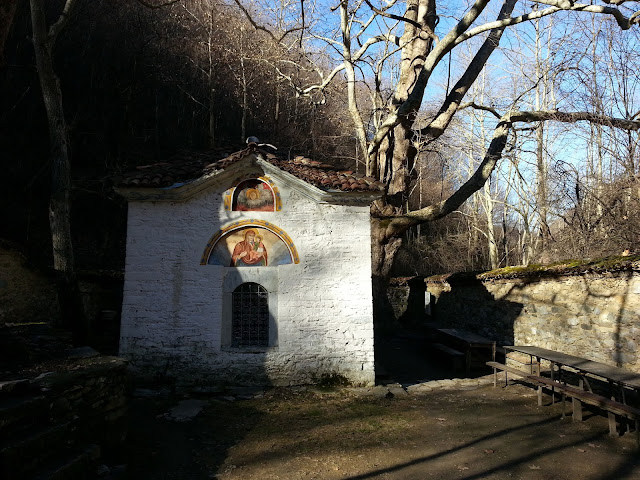 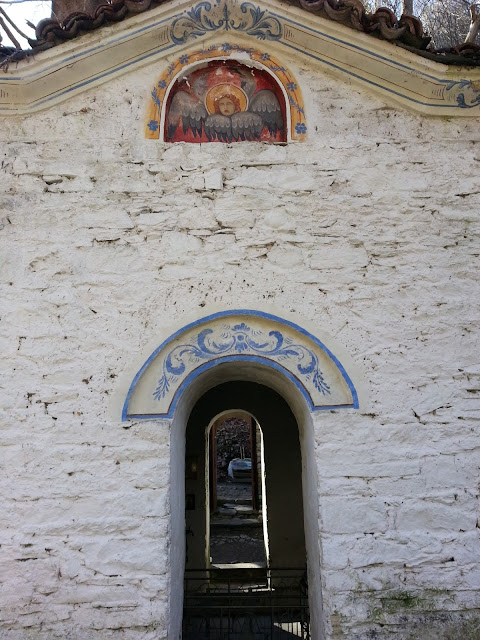 A bit farther up the path was a really tiny shrine built onto the side of a rock hill with steps going up, through, and beyond: 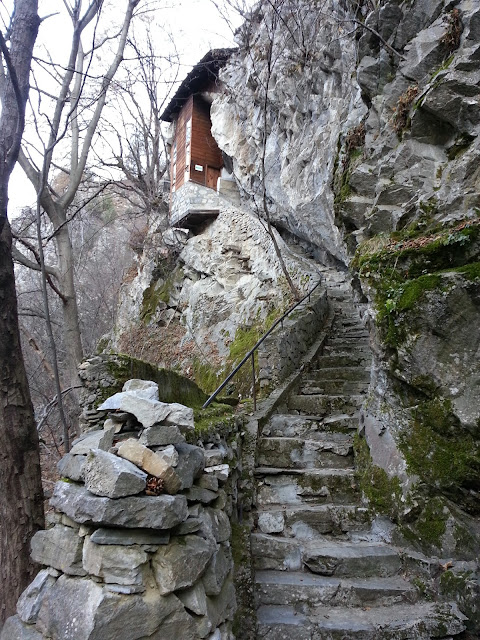 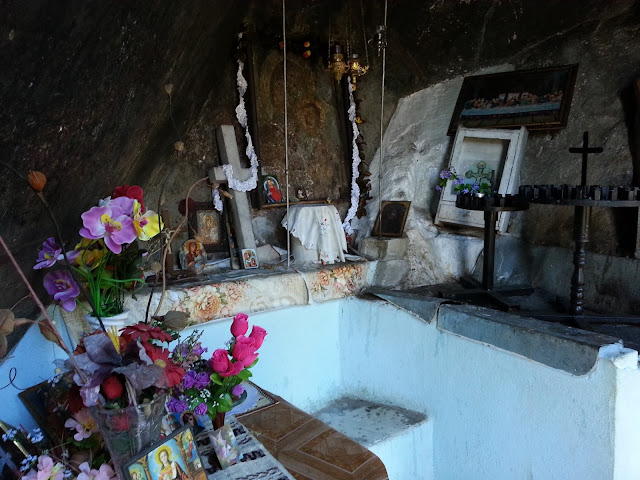 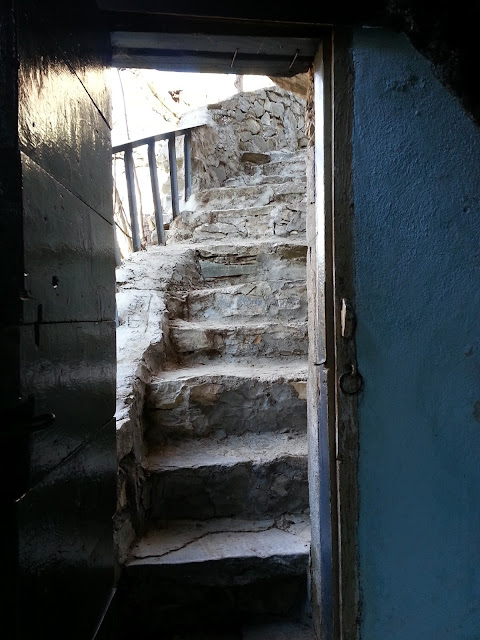 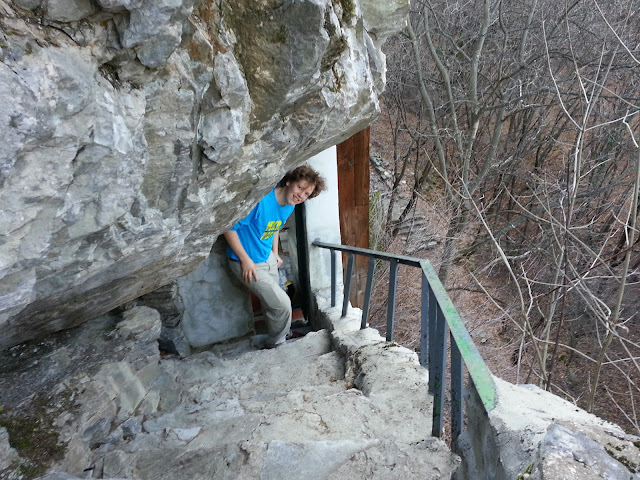 Beyond that was a bigger (but still small) church: 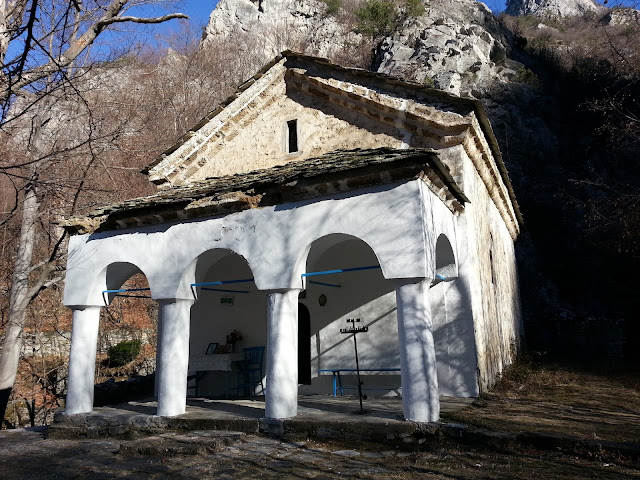 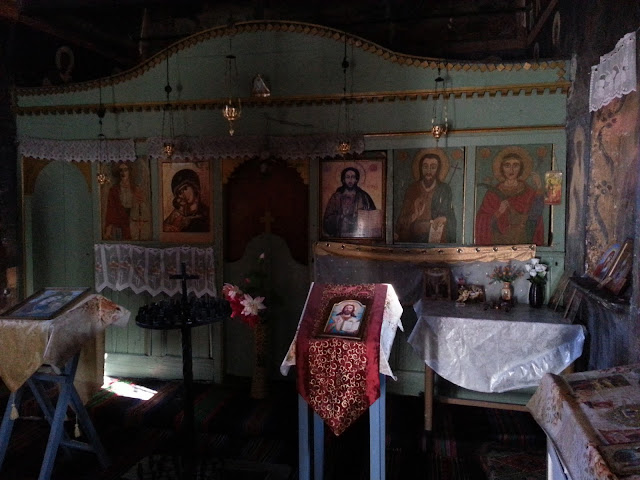 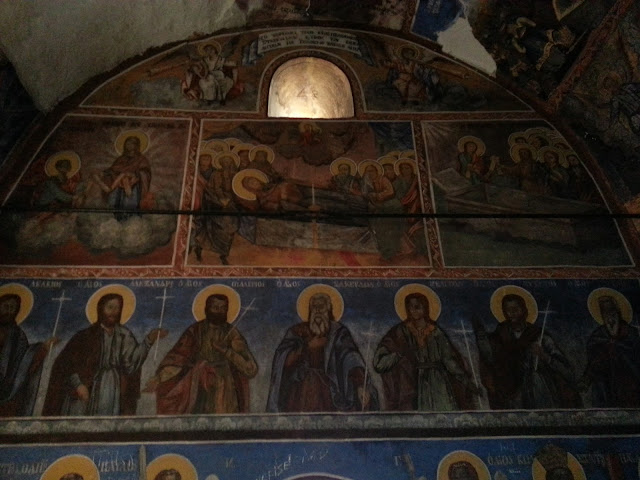 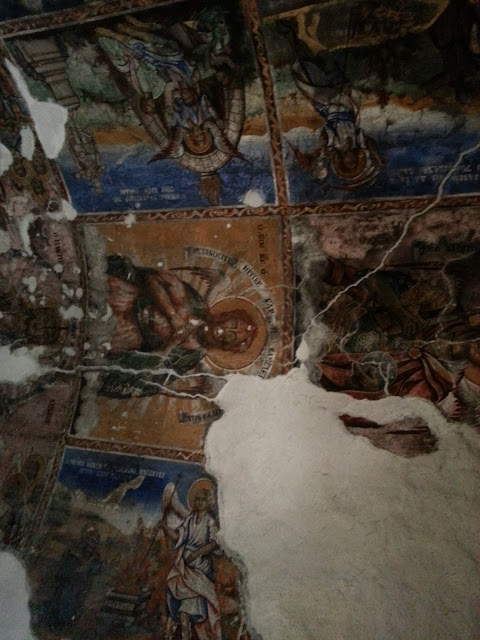 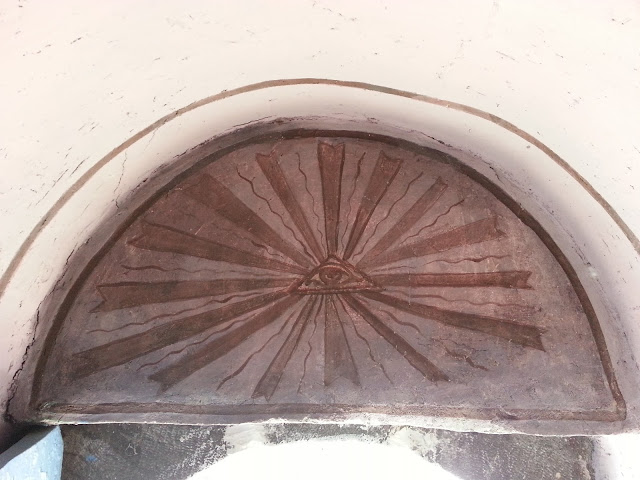 The scenery was beautiful, air clean, weather gorgeous, though as soon as the sun set it got cold quickly! 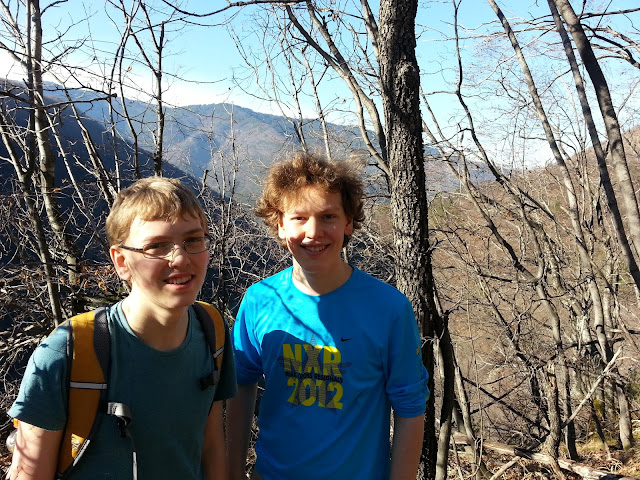 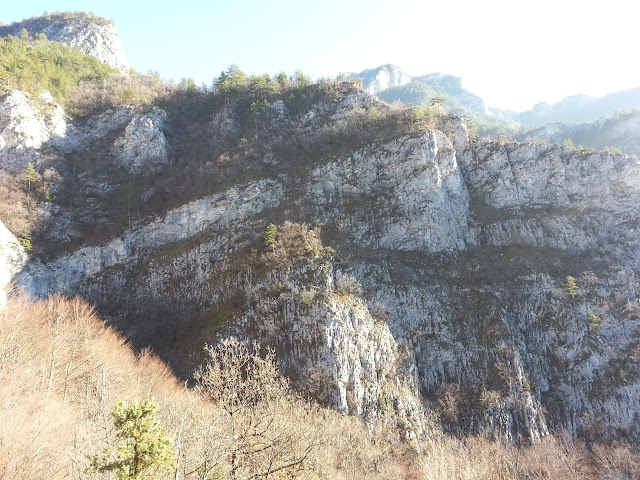 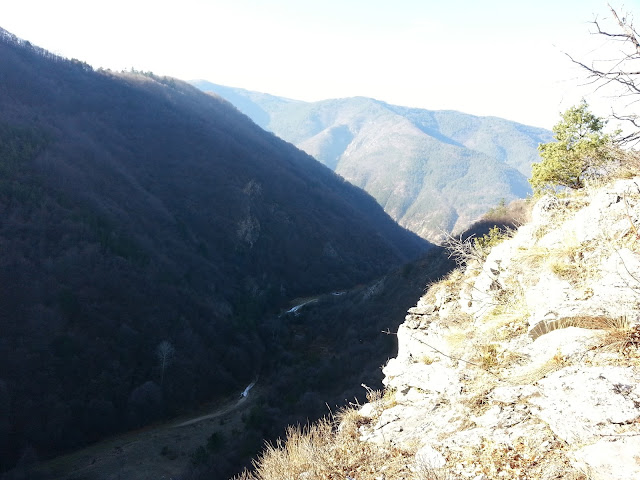 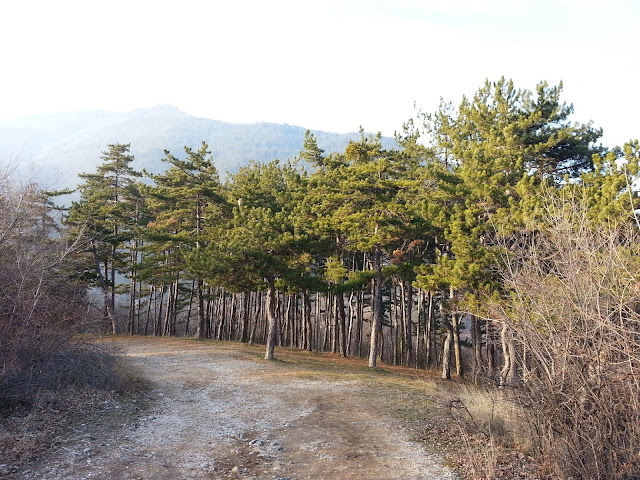