Изгрев (Izgrev) is a neighborhood of Plovdiv. Some people call it a “Gypsy” neighborhood. On the surface it looks like the poorest neighborhood in the city. There is no hard dividing line from the surrounding neighborhoods, but you know you’re here by the decaying buildings, trash, toxic burning garbage, horse-drawn wagons (sometimes carrying new washing machines as seen below!), and lots of people without work.

However, there are people working. Some commute to distant jobs. Others run small businesses such as the blacksmiths below who were hammering out horseshoes when we visited, lots of small stores and car repair places, people trying to get by. There are both large apartment blocks as well as small individually-owned homes. In the midst of it all are some freshly renovated nice homes, one of which we heard was funded by family members working in Germany.

The last photo is of our friends from church named Христо (Hristo) and Иван (Ivan) who live there and introduced me to some of their friends and neighbors. Inside people’s homes and apartments they take their shoes off and keep things clean and tidy, taking care of the parts they control. I have passed through the neighborhood on my own as well, and people are friendly, though often confused as to why I would want to be there. 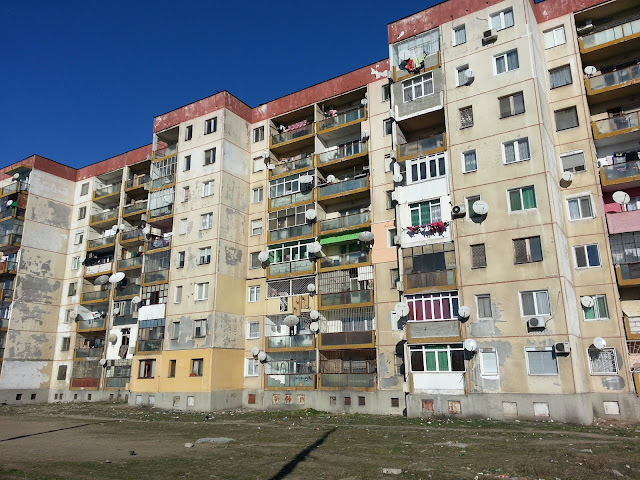 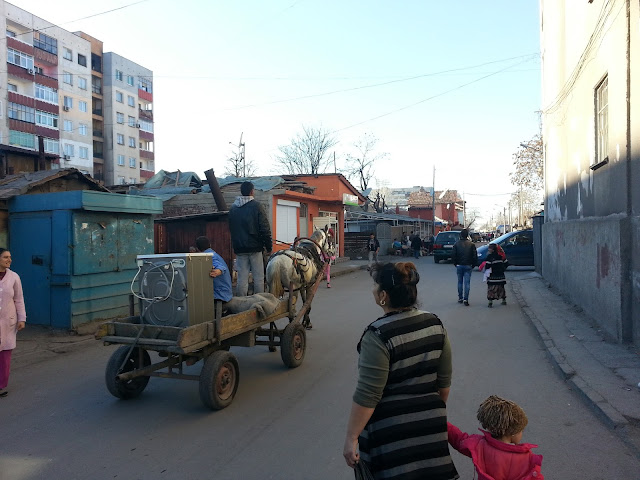 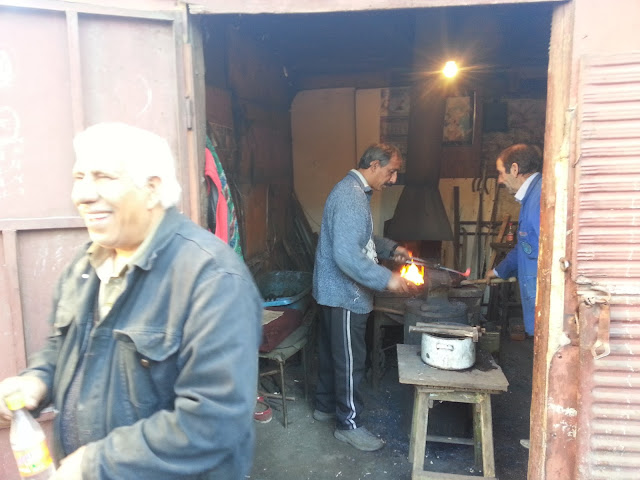 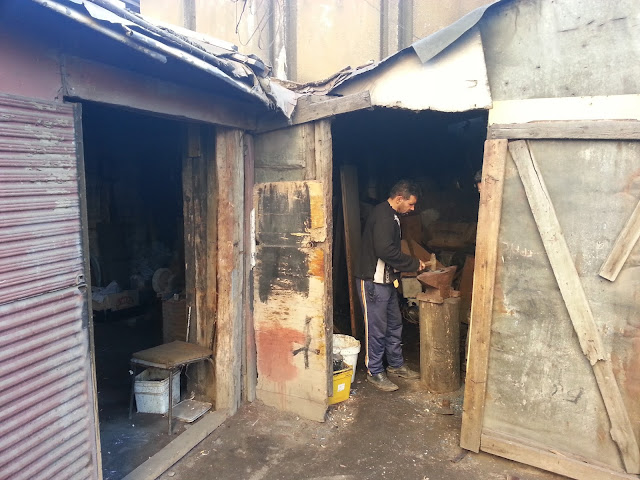 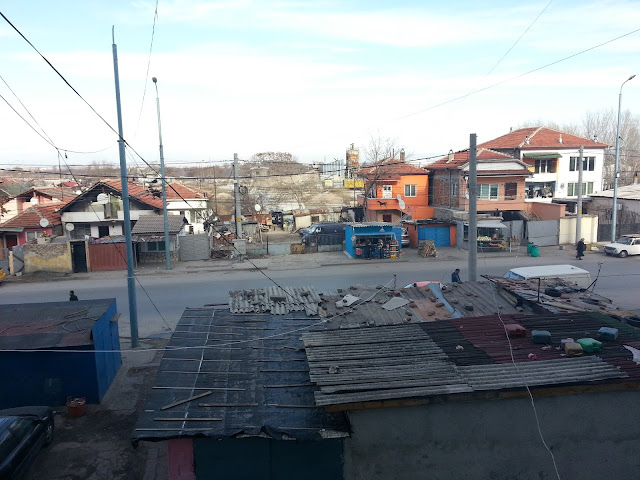 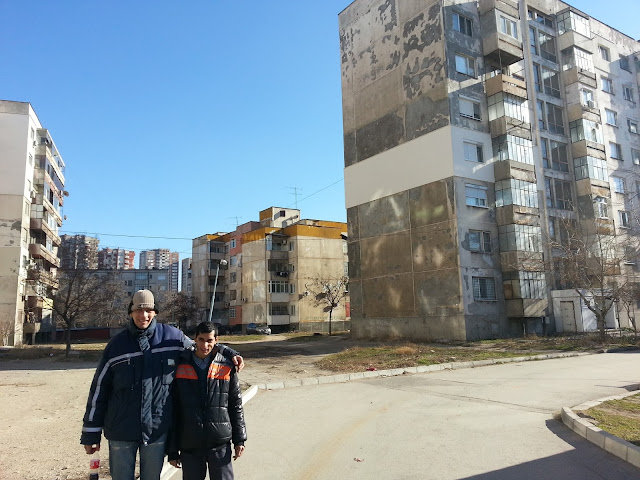