Jon already posted a few photos from our long walk on Friday, but here are more.

First, here is the inside of Strahov Stadium, the largest stadium in the world, taken from between the iron bars of a gate. It seats 220,000 people! It's only used now for training for Prague's soccer team and for concerts, I guess. It's not very far from our house. 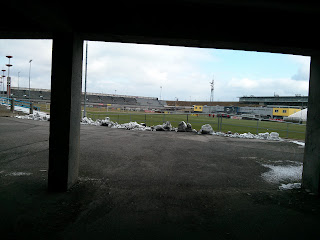 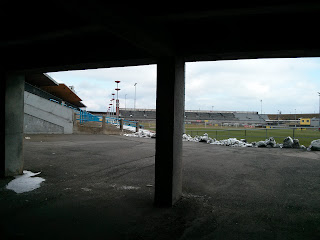 There are a bunch of these weird/interesting seats near the stadium, by some buildings that look like they might have been the Soviets' fancy buildings in the '70s. The kids thought they looked like alien thrones. 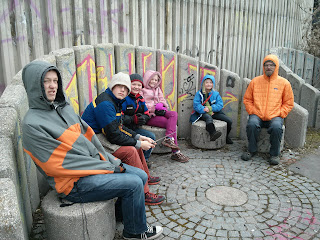 And here's almost the whole family (Jacob stayed home because he wasn't feeling well) in a really cool part of Kinského zahrada (a huge park the covers the south side of the hill below the Hunger Wall) -- moss-covered sandstone boulders with lots of names and pictures carved into them, some very artistic. The sun came out for a while and the kids had a great time climbing all over the rocks. Jon and I talked for a while to an American grad student who is studying in Paris. He's the one who took the picture. 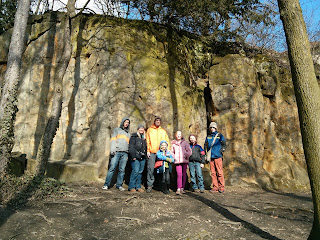 At the Citadel, which is part of the Hunger Wall (I think). The kids really want to go back and do some kind of role-playing game there. 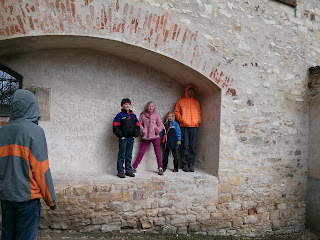 And just a couple more of the kids at the playground where we ended up. We took the tram home from there. 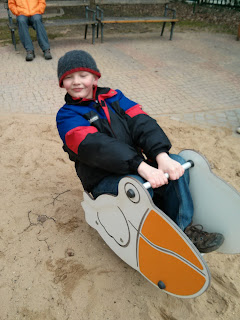 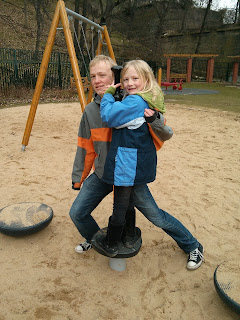