A short walk from Kiev's main Khreshchatyk road, close to Maidan where we stayed, are two important and beautiful churches. 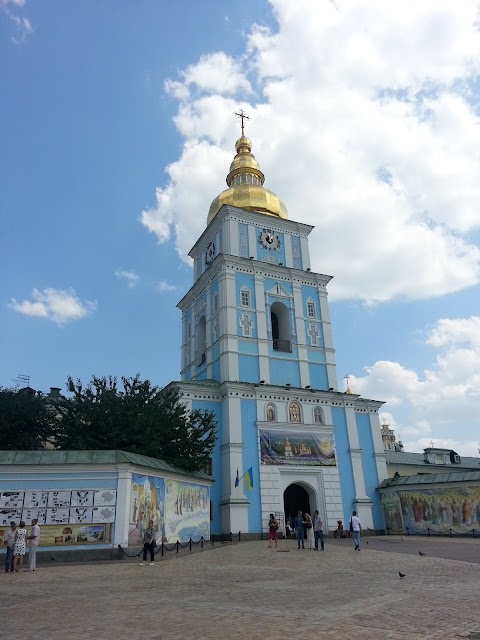 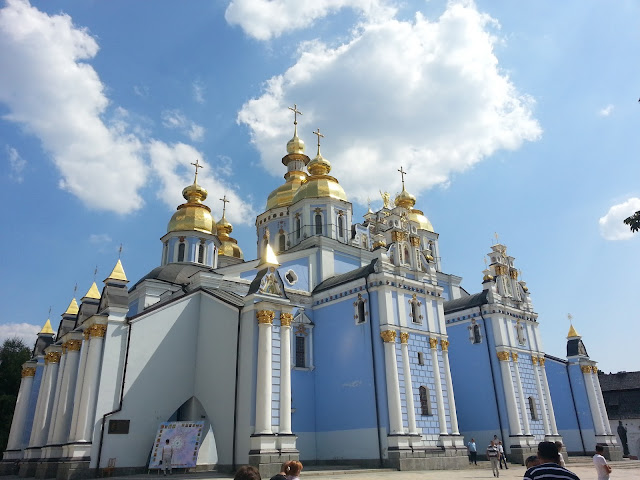 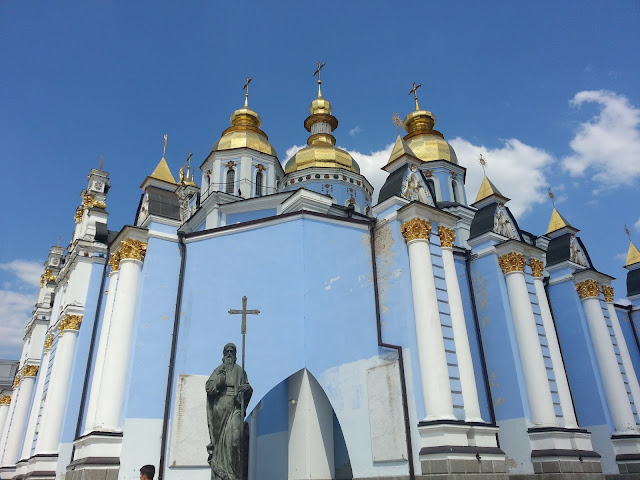 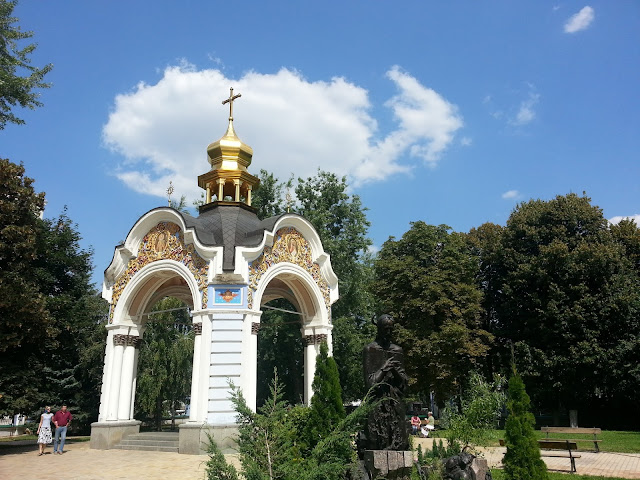 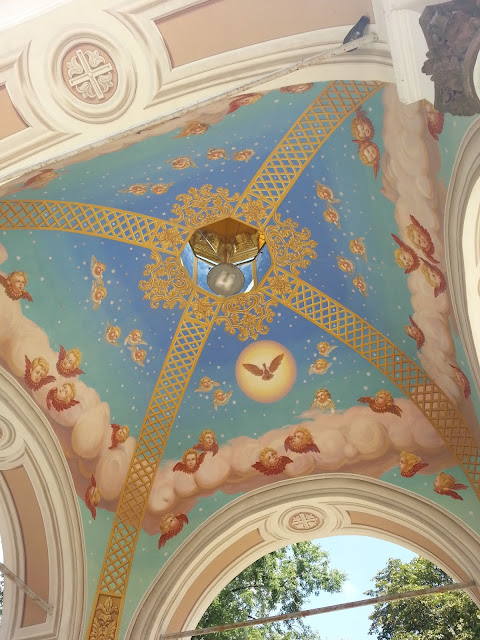 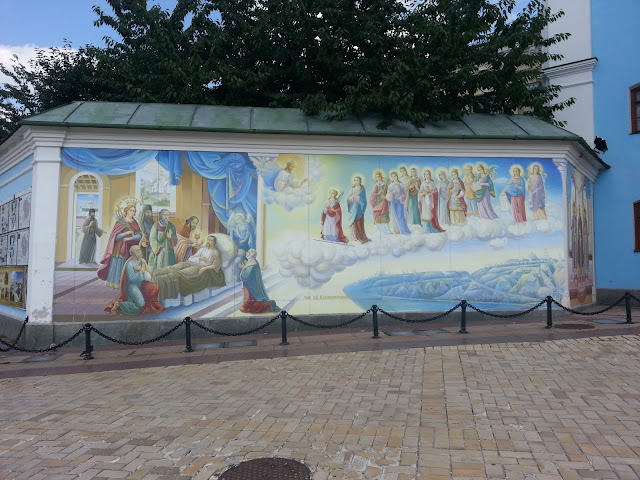 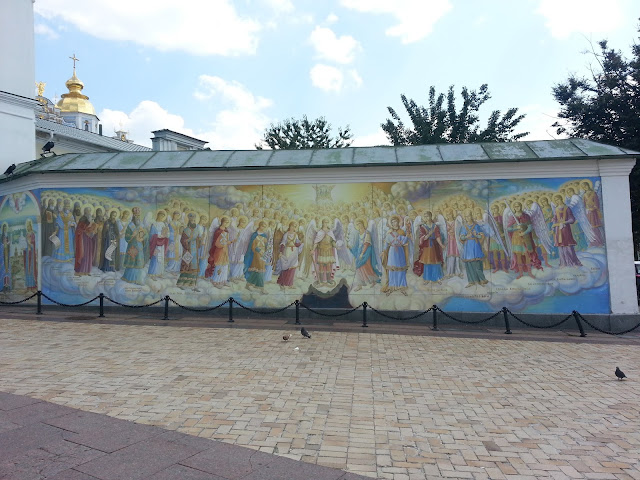 The second is opposite it down the road a bit, next to this statue of Bohdan Khmelnytsky (Богдан Хмельницький): 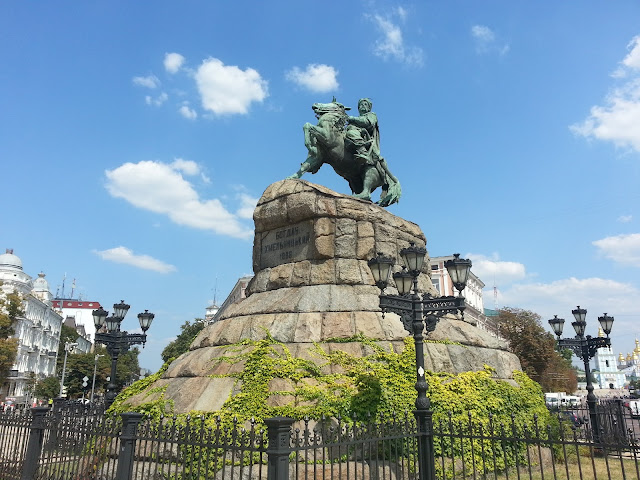 Across the square from Bohdan's statue is St. Sophia's Cathedral (Собор Святої Софії): 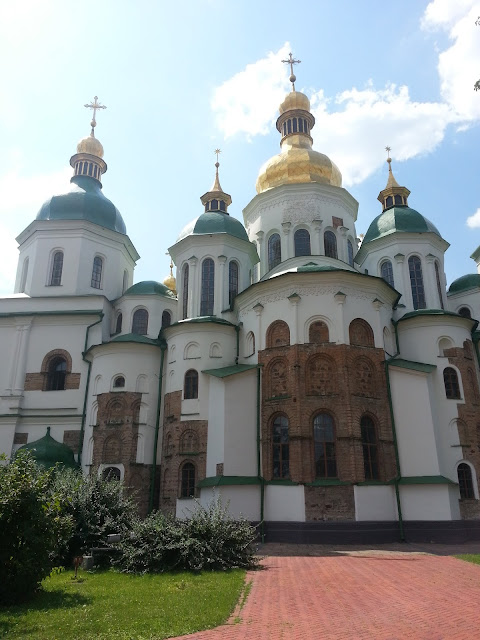 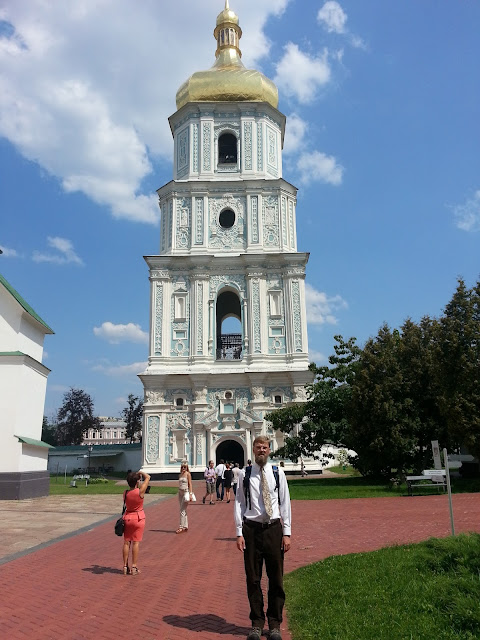 Then on the way walking to church we saw the Ukrainian opera house: 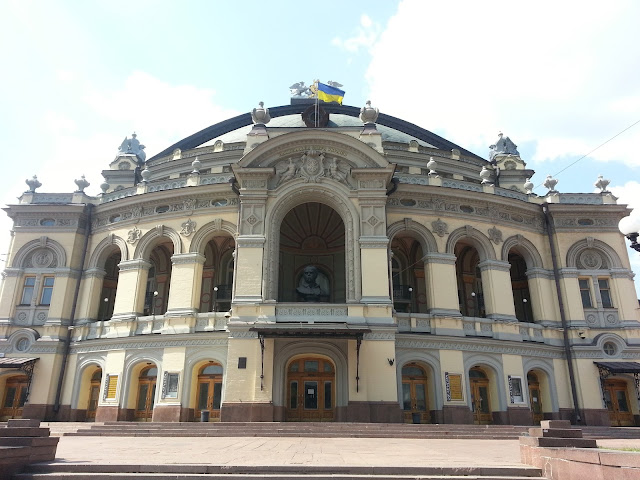 And the Pedagogical Museum building which I simply liked the look of, but which turns out to have kind of an interesting history: 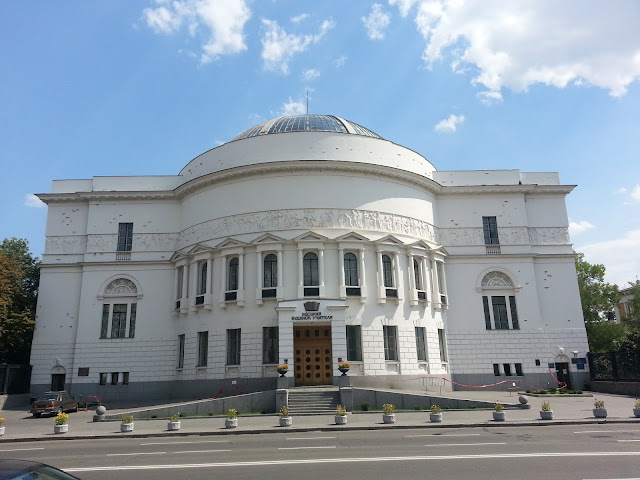 Also on the way to the church we saw this statue of Sholom Aleichem, Jewish author who grew up near Kiev: 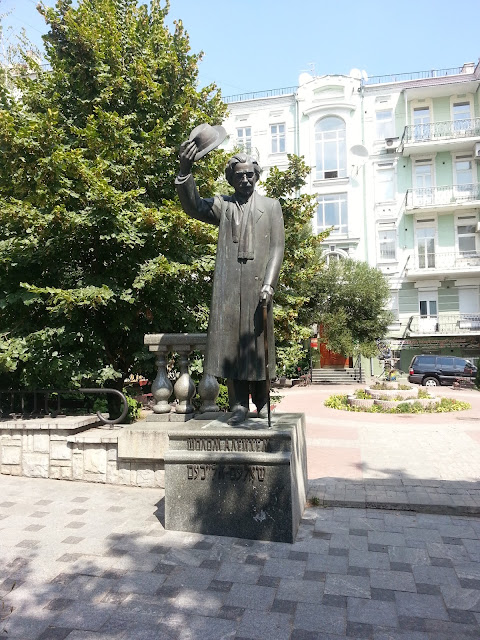 The Kiev metro stations are usually very interestingly decorated and designed. I think this one was either Палац Спорту (Palats Sportu) or Площа Льва Толстого (Plosha Lva Tolstoho), which are connected underground: 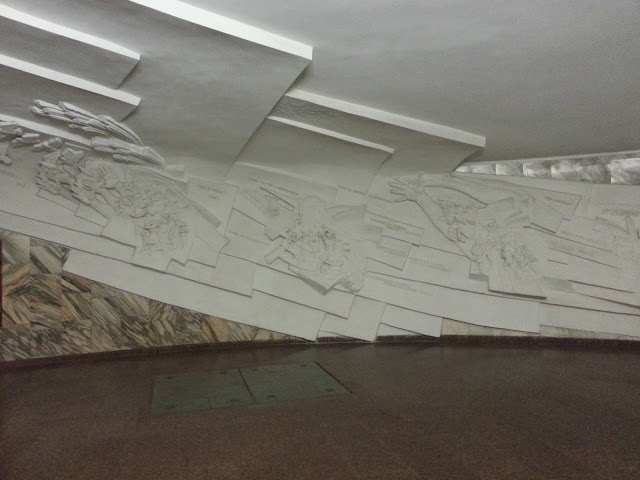 We also got to see the deepest metro station in the world! It is Арсенальна (Arsenalna) and is 105.5 m deep: 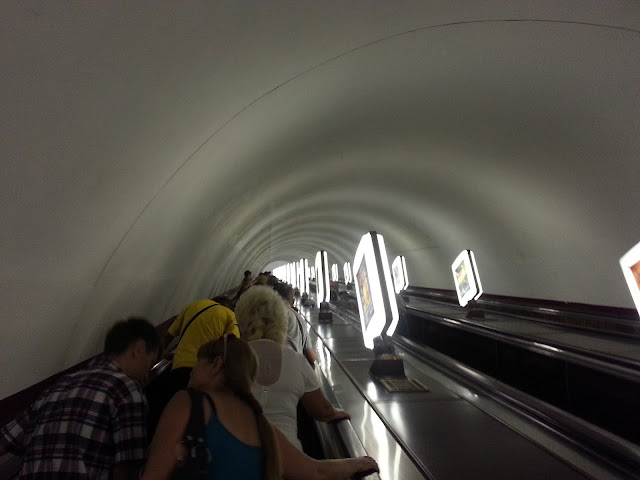 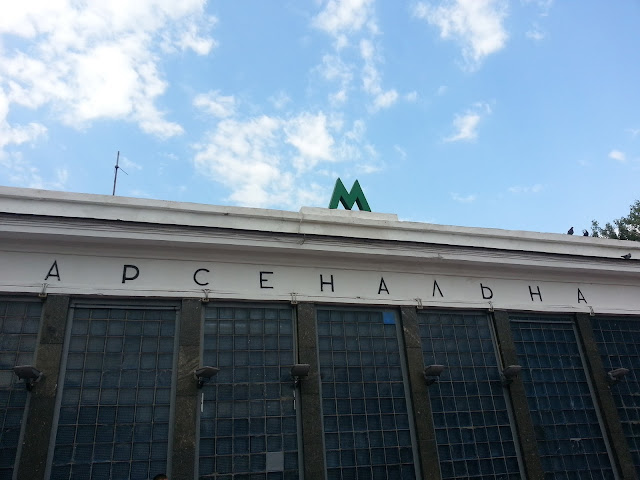 From Arsenalna we walked to the Holodomor monument, commemorating the terror-famine extermination of Ukrainians caused by Stalin's sovietization policies in 1932-33, in which 3-4 million Ukrainians died. The monument is at the top of a hill with a beautiful view over the Dnieper River and much of Kiev: 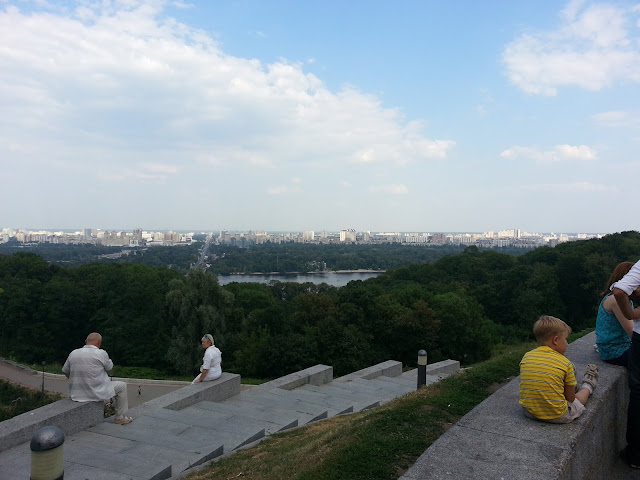 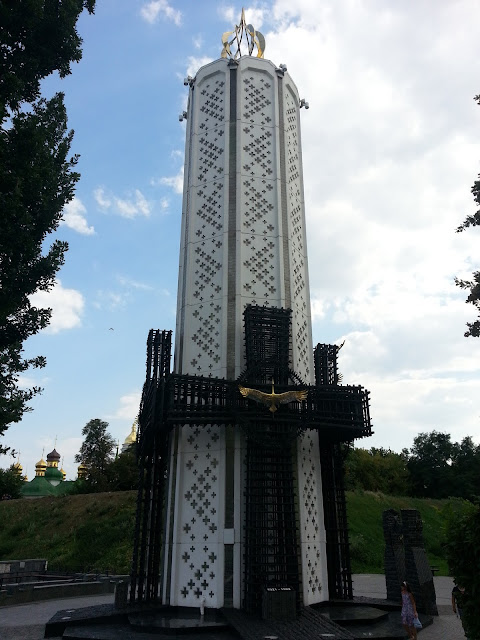