They have "metric" egg cartons that hold 10 eggs! 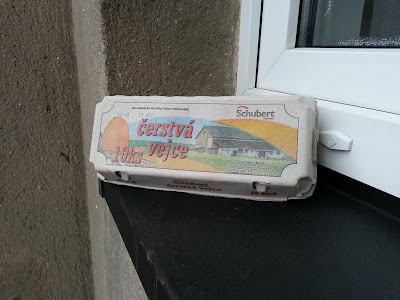 They also have cartons with 6 eggs and flats of 25, I think. 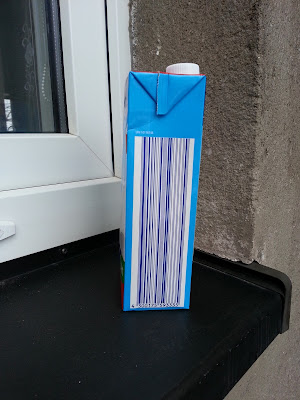 That was the side of a Kaufland carton of ultra-high temperature treated milk: 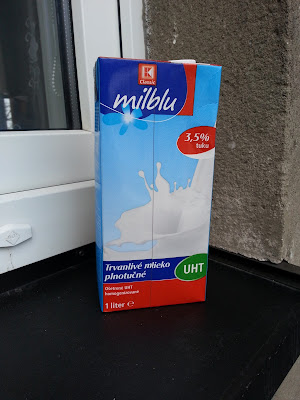 You know how IKEA labels often have information in 15, 20, or more languages? Here we appear to be in a central/eastern European market where the same basic set of languages is often represented: Czech, Slovak, Polish, Hungarian, Romanian, and Bulgarian. Sometimes they'll reach out to the Baltic market including Lithuanian, Latvian, and Estonian. And occasionally things are also labeled in German, English, Russian, or Arabic. For locally-produced Czech products it's common for labels to be only in Czech and Slovak.

A few days ago Phin saw the odometer reading in the driver's cabin of the tram we rode home in. It reported almost 900,000 km ~ 559,000 miles! It was one of the classic ČKD red trams that Czechoslovakia produced a lot of, most likely a Tatra T3 model from the 1980s or even 1970s. Erin and I rode in those in former East Germany on our missions and love them.

I guess that's all for now.