On Tuesday, the kids and I went to a Lego Museum here in Prague. From what I read about it, a private collector had accumulated too many Lego sets to comfortably display at his home, so he created a museum. The kids had read about it in a Lego magazine before we left home, so it was fun to check it out.

Here's Zed with a set that he always wanted when he was younger. (A large part of our time at the museum was the boys exclaiming, "Oh! I wanted that one so bad!") 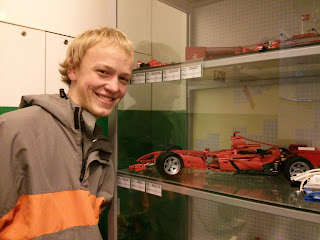 And here's Mira with a famous bridge. I want to say London Bridge, but I don't know if that's right. 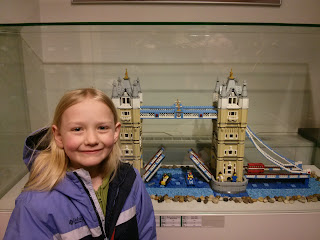 I liked this Lego tourist, especially his Hawaiian shirt and sandals with socks. One sock even has a hole in the toe. 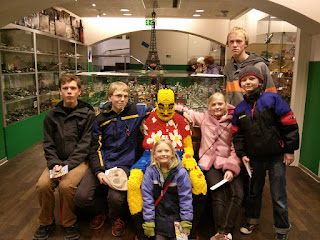 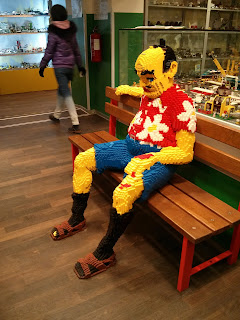 There was an extensive train set-up, with switches that ran the trains. This was a cute Czech kid who stood there making the trains go for a long time. 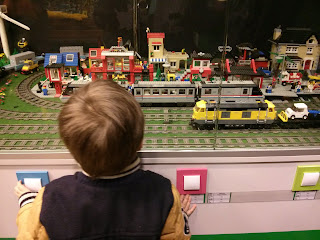 This picture shows that one room of the museum was in some kind of vault. That's the huge, thick vault door to the left. They had Lego displays in several tiny rooms throughout. 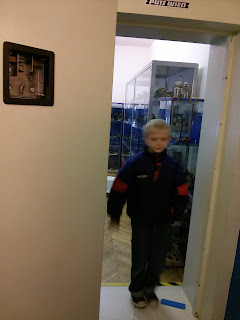 Mira with a Lego tiger. 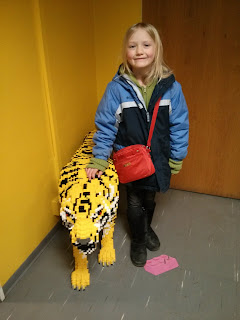 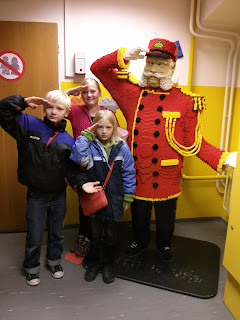 Mira spelling her name with Duplo blocks on the wall. 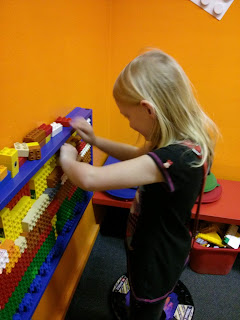 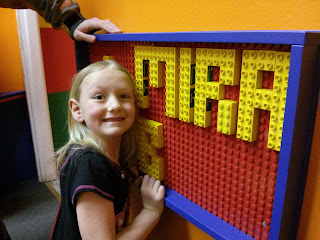 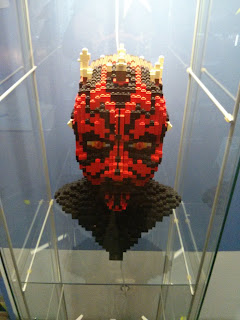 We should probably go to some museums that aren't toy-related. Someday.