On Friday we moved from Prague to Dresden, Germany. It's our first move on our Family Field Trip, and Jon and I had both been dreading the actual moving part for a while -- getting all 8 of us onto tram-metro-train-tram-tram again with everyone loaded down with backpacks, duffel bags, and suitcases large and small. I think it went better than we thought it would, though maybe not as well as it could have. The hiccups: accidentally leaving luggage (and Zed and Phin) on the train for a bit (mostly my fault and maybe I'll tell the story sometime) and not having the right code for the lock box at our apartment in Dresden, both of which were solved pretty quickly. 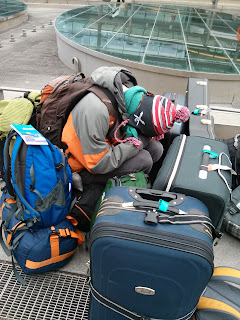 Anyway, the short version is that we are safely in Dresden now and have been for almost a week. How does the time just fly by like that? Below are a few pictures from our last days in Prague and our first days here.

The incredible Schwarzenberg coat of arms in the bone chapel near Kutná Hora. What an amazing place. 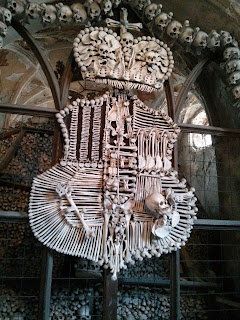 The Lennon Wall in Prague, an ever-changing wall of graffiti that started when John Lennon was killed in 1980. 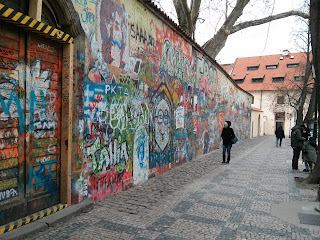 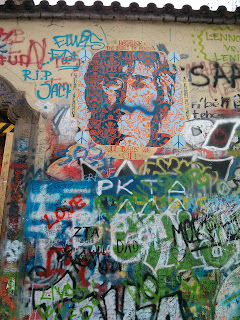 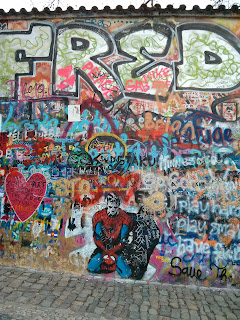 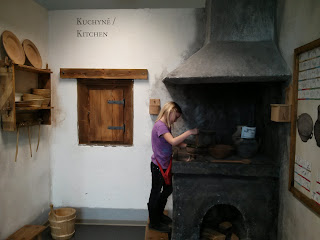 Also at the Prague City Museum, Zed standing next to a sword that's almost as tall as he is. 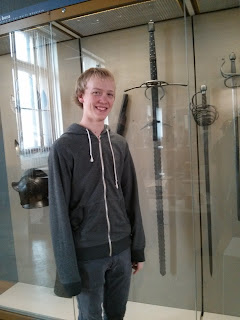 And here we are watching General Conference via the Internet in our Dresden apartment. The kids who are staring at screens are playing chess against each other. Really. I checked. 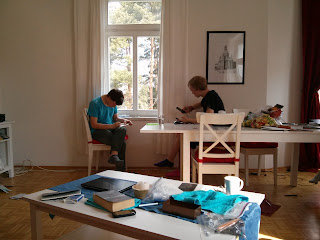 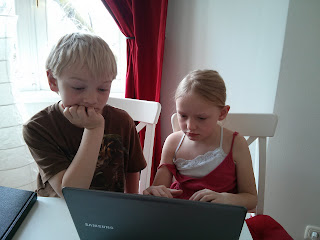 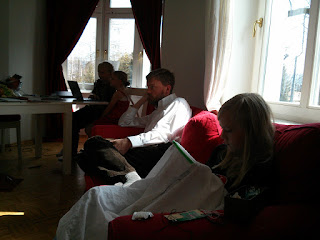 Jon and I are happy to be able to communicate in German here, and the kids are more lost than ever but enthusiastically and good-naturedly studying German now (we love Memrise!). I think we all miss Prague, though, and I'm so glad we'll be going back. More about Dresden later!