I visited the Terezín (Czech) or Theresienstadt (German) concentration camp on April 2 with Zed and our friend Ian from Brazil. Terezín was not an intentional extermination camp, but more of a detention and transition point. "Only" about 33,000 people died there. It's a very sad thing to consider and very affecting.

There's national cemetery outside the fortress: 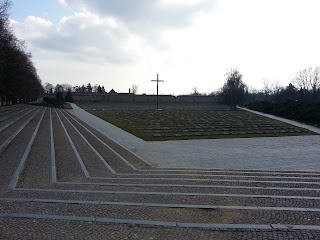 We went on an inexpensive paid tour and had the inside explained to us by our tour guide, seen here walking ahead. There are various monuments, some of which mention the other Nazi death camps, because none of these existed independently of the others. 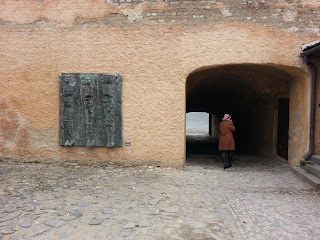 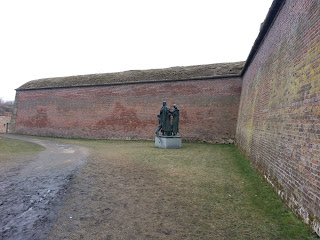 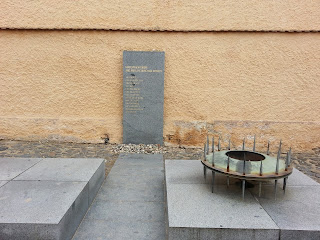 That last one was where the "eternal flame" was lit in remembrance of the victims. Our tour guide said the eternal flame is no longer lit due to security or safety concerns. Which is a sad statement about our times in itself.

Here in the first photo is where the guards and their families lived, and in the second, their swimming pool: 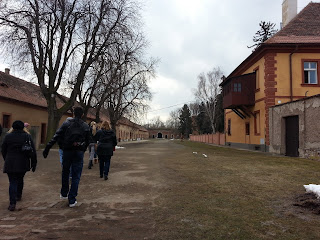 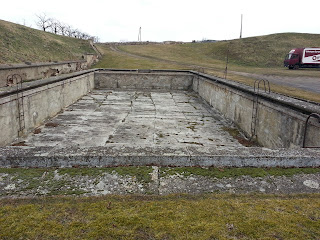 Most of the fortress complex dates from the Austro-Hungarian Empire and was intended to defend against Prussia from the north, but the invaders never came, so the huge walls and the ability to fill parts up with water as a moat was never used. 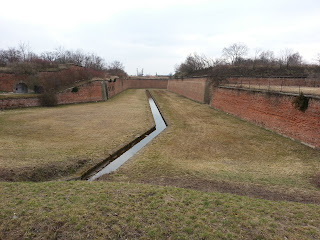 This part was built by the Nazis to house more prisoners in 4-level wooden bunks that were freezing in winter and sweltering hot in the summer: 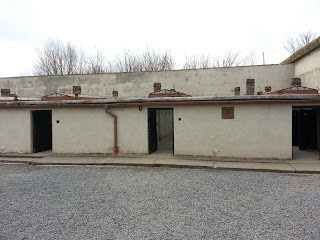 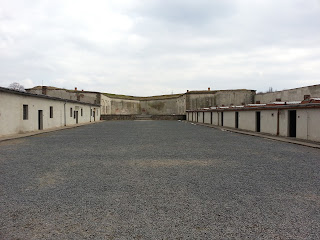 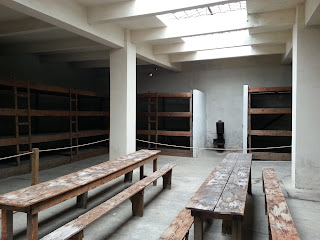 After the war, that same section was used to house German prisoners including the former director of the camp, and later many unconnected ethnic Germans who were being driven from Czechoslovakia. Our tour guide said there were even tours being given of the rest of the camp while there were Germans interned in this section!

There are a lot of damp, dank rock rooms that you can explore on your own and just think about things.

Outside of the town is the Židovský hřbitov (Jewish cemetery): 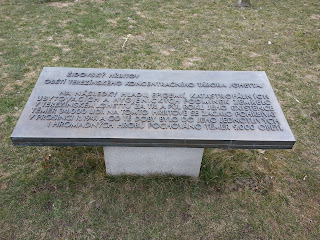 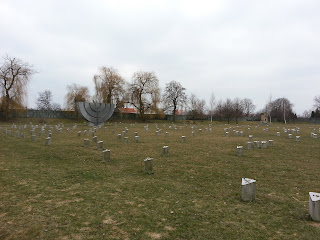 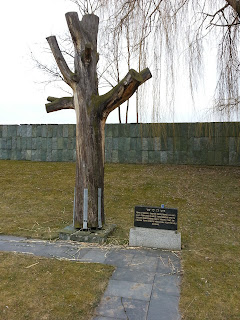 Which with some help from Google Translate and a Hebrew calendar converter means something like:

Chemical tree of the people's days

This tree was planted in a new year of trees, 15th Sh'vat 1943 [21 January 1943] by youth of the Jewish ghetto youth. The religious community in Prague on the same day [in the Hebrew calendar] in 1948 [26 January 1948] it was moved to the cemetery and taken under its protection.

These two monuments list all the countries that victims came from: 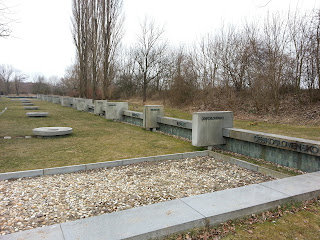 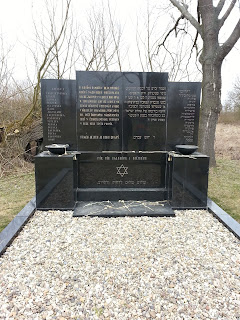 The last one says in Hebrew and Czech "Mír, mír dalekému i blízkému": peace, peace to both far and near.

There are some really cool tunnels that go inside the walls. They were walled in and inaccessible during the Nazi occupation, but were reopened later: 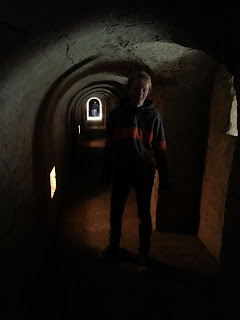 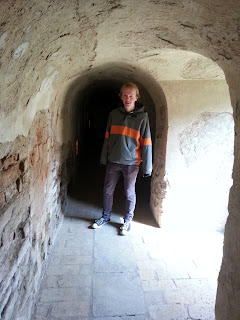 They reminded me of the Suomenlinna Swedish fortress walls in Helsinki, but being part of a concentration camp complex makes it hard to just enjoy them in the same way.

On the topic of Holocaust history, I recently read an article called 20 Photos That Change the Holocaust Narrative which has some interesting photos I hadn't seen before.

And I came across some unrelated but interesting odd footnotes in history adding to the picture of Adolf Hitler's megalomania: die Breitspurbahn, a planned 3 meter gauge (!) railway with trains rolling in luxury, and the Welthauptstadt Germania, Hitler's future vision for Berlin as metropolitan headquarters of his Europe-wide empire after the expected victory in World War II.