A week in London

After leaving Pocklington on July 31, we spent a week in London before flying to Prague for our second stay. Various groups of us went on a walking tour, watched boats on the Thames, went to the British Museum and National Gallery, went on the London Eye, went to the LDS church in Lewisham, "saw" the Prime Meridian, walked under the river, bought cheap clothes at Primark, rode trains and the Tube, went to Evensong at Westminster Abbey and St. Paul's Cathedral, walked over the river on the Millennium Bridge, walked on a bridge over the train tracks on the Railway Children walk, and saw hundreds of feral parakeets around our apartment and in a nearby cemetery.

Looking over the River Thames. 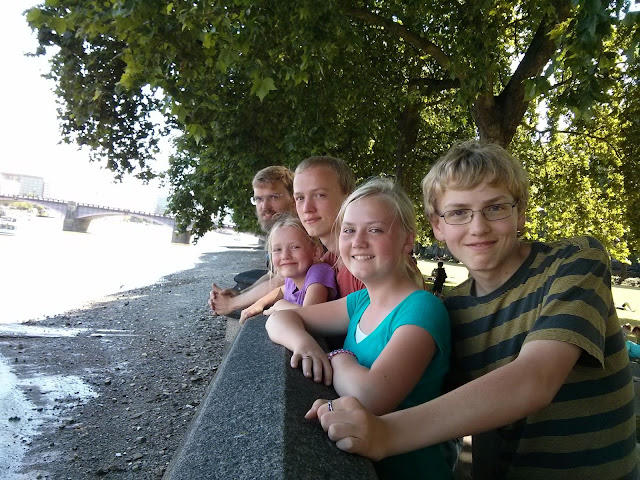 Some of those feral parakeets from the bridge over the railway at sunset. 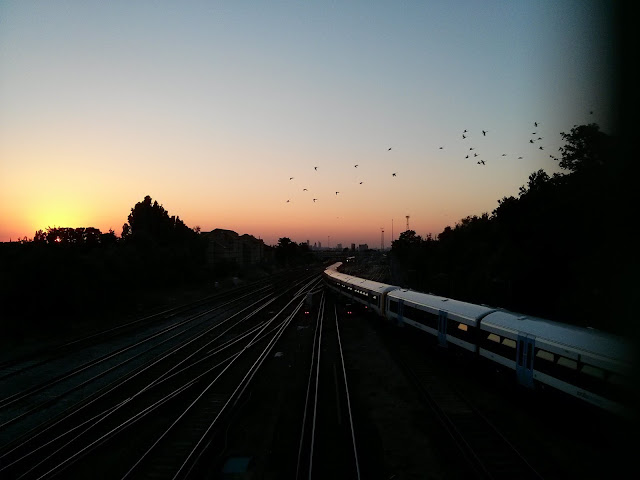 Awesome Assyrian wall carvings at the British Museum. (There is so much cool stuff there! Like the real, actual Rosetta Stone!) 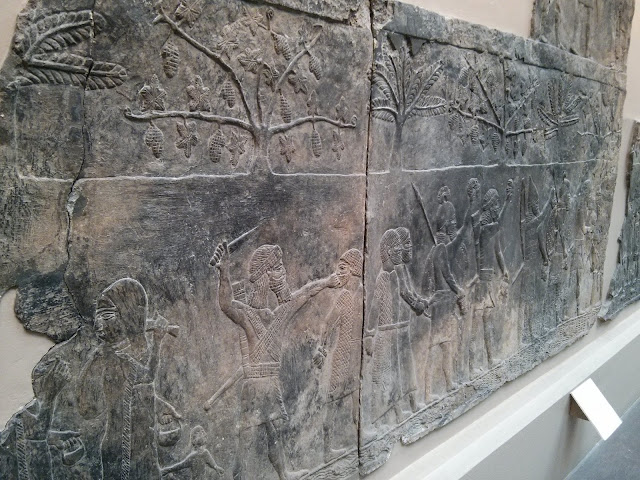 Really old stuff (up to 5000 years old) the kids were allowed to touch at the British Museum. 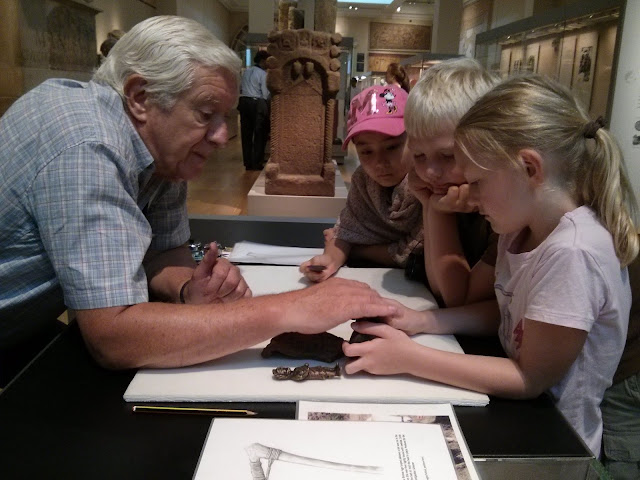 Cool mosaics on the wall next to open windows in the British Museum stairwell. It was unusually hot in London and most places don't have air conditioning. 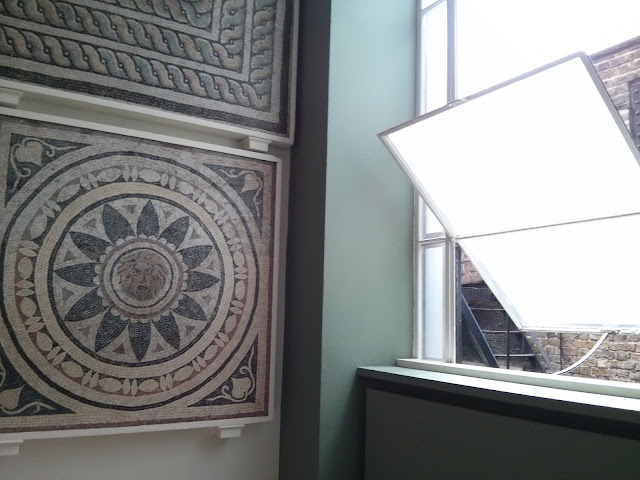 In Soho Square, walking away from a statue of King Charles II, which had a real costume mustache attached to it, for some reason. Is putting costume mustaches on statues a thing? I know about yarn-bombing but have not heard of facial hair. 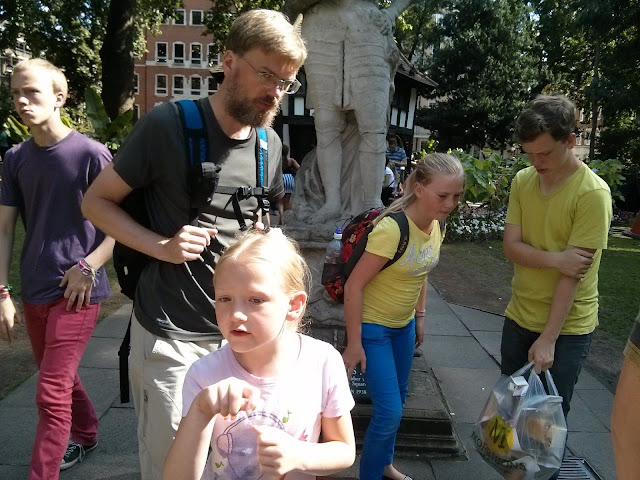 Mira on one of the four giant lions at Trafalgar Square, which is a pretty cool place. 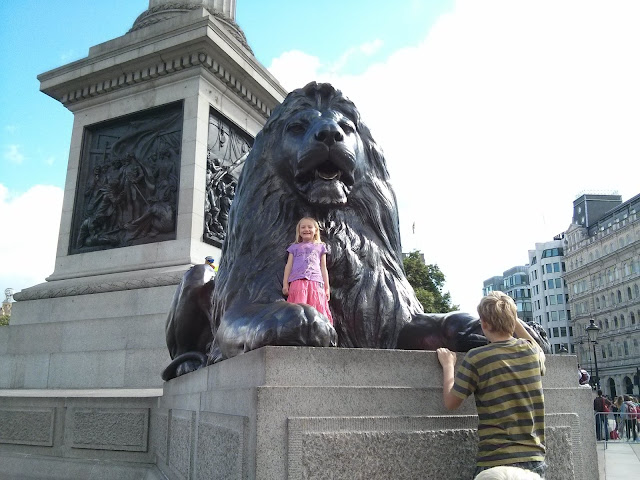 Overlooking the Thames: London Eye on the left bank, Parliament and Big Ben on the right bank. 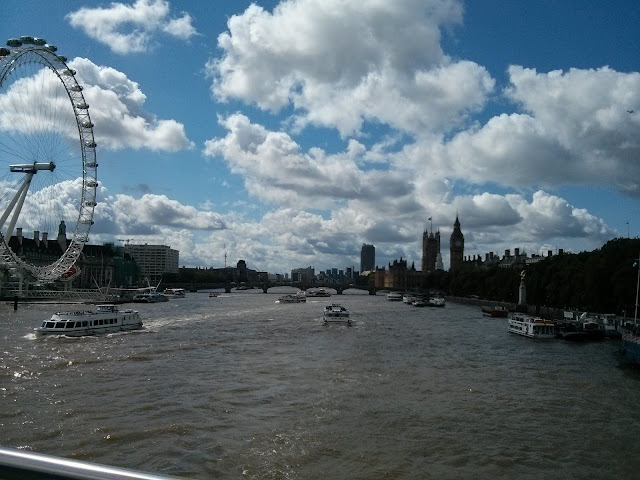 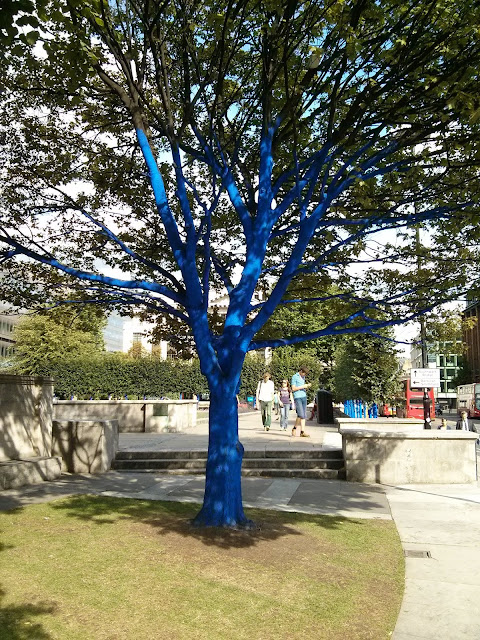 After Zed spent 15 hours in Heathrow airport trying to fly to Salt Lake on standby, he came home and we had one more night with him before he flew home the next day with an actual plane ticket. We were happy to see him again for that extra night. I hear it's hardest to send the first kid away from home, and I hope that's true, because it was kind of heartbreaking. 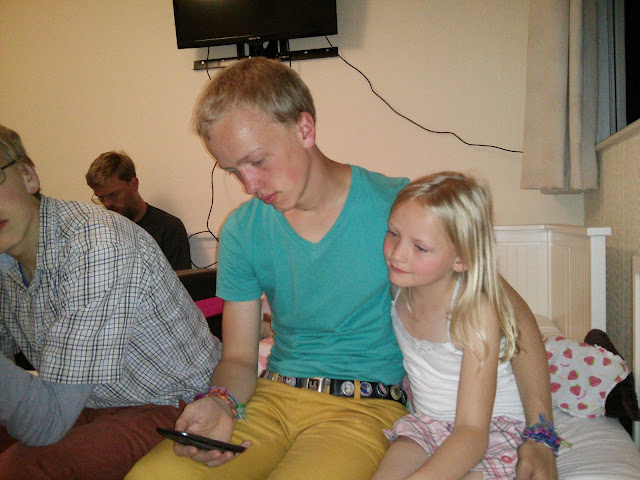 Seth also posted about some of our London adventures, if you want to check it out.