Today I'm feeling a little better. I still wanted to take it easy, but get out a little, so I went with Zed, Phin, and Seth to the southeast of Prague, the Háje stop on the red / C Metro train, to an area called Jižní Město, the "south town". It is a panelák sídliště, a panel-concrete apartment building settlement, which we knew as a Neubaugebiet in former East Germany.

The part of Prague we're living in now is older, so it doesn't have any buildings like that, and I wanted to show this to the boys and see how things look. Apparently this kind of settlement is generally called a microdistrict in the former east bloc. (There is lots of interesting history and nice photos in those Wikipedia articles I just linked to!)

Here is some of what we saw. Note all the festive colors they've added which really make the buildings nice to look at! 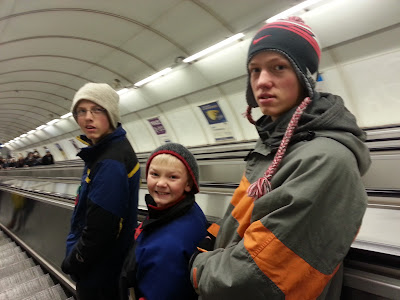 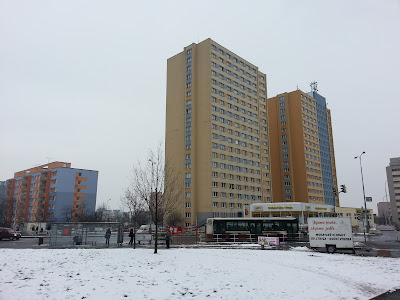 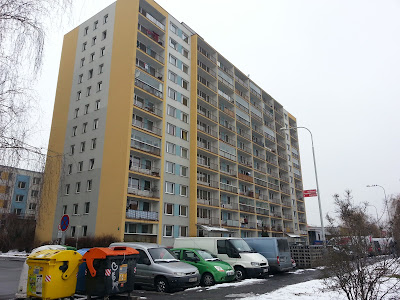 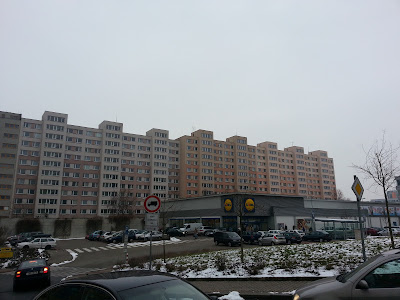 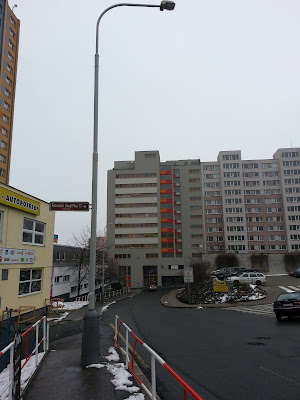 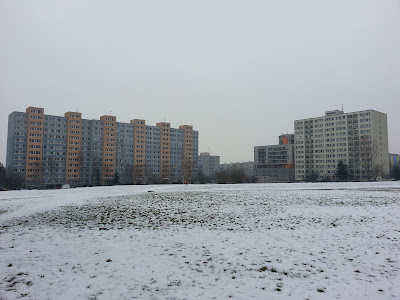 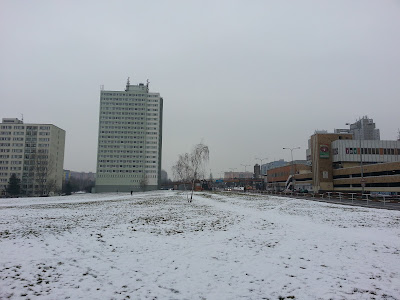 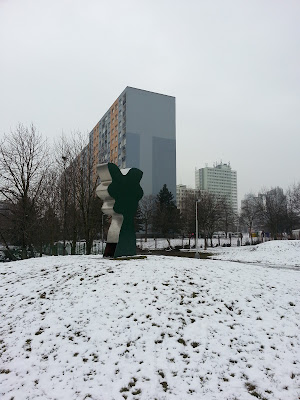 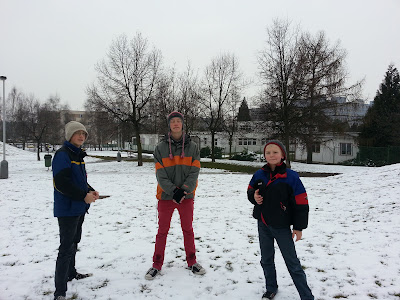 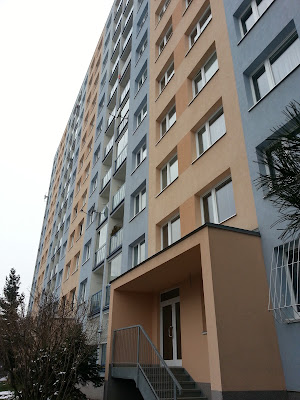 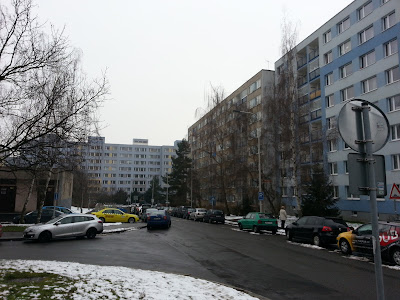 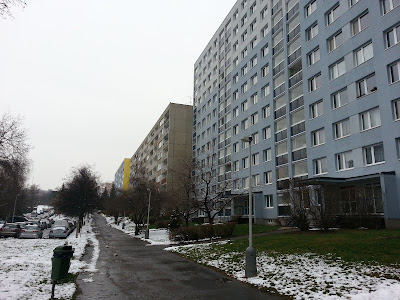 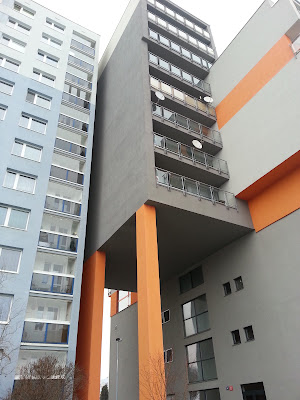 Note the terrifying hallway/bridge at the top between the two buildings in this next one! 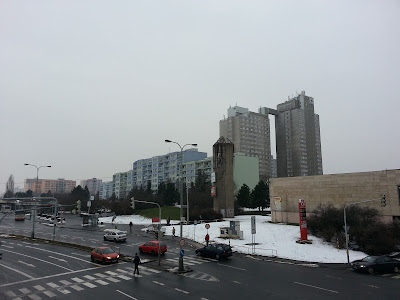 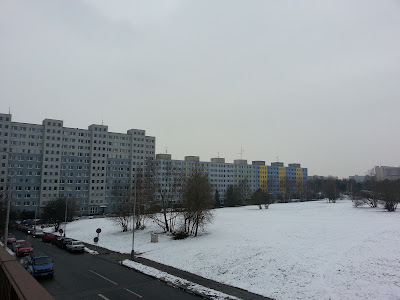 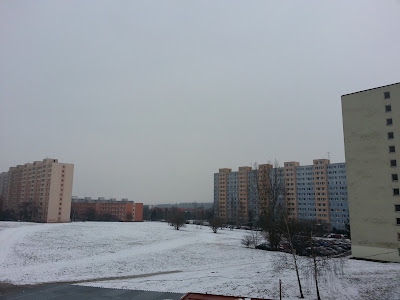 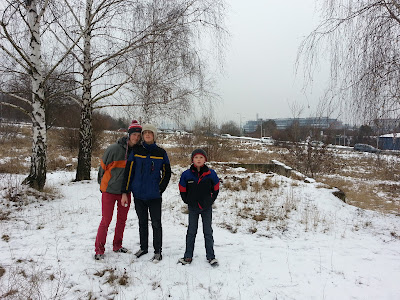 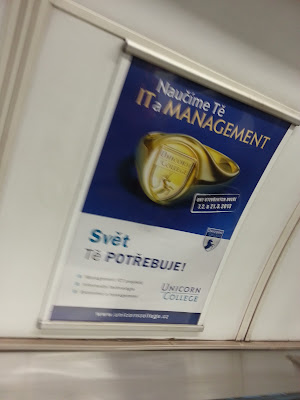 Unicorn College?! I'm sure I could find out more about it, but I don't want to. I want it to stay vague in my imagination, or perhaps it's a practical joke on us all like Český sen?