Last Monday was a Czech holiday to celebrate the founding of the First Czechoslovak Republic in 1918. The “founding father” of Czechoslovakian independence was Tomáš Garrigue Masaryk, who is widely revered. Even though that republic only lasted 20 years before the Nazis annexed Czechia (Bohemia and Moravia) and puppeteered the Slovak government, it was a good time in their history and built the foundation that people returned to in 1989 with the fall of Communism.

Halloween isn’t celebrated here in the American style, though it seems to be slowly spreading as seen by more masks and advertisements for various spooky things. Our kids took part in a few small Halloween celebrations with friends from church, so we didn’t miss out on it completely. Erin also bought some candy and doled it out in uniform groups so the kids got to trade candy which was one of their favorite parts anyway.

The previous weekend there were elections here, and there were several noteworthy events worth reading about that give a flavor of current Czech political life and some loud objections to an expected resurgence of the Communists in parliament:

I came across this delightful announcement in the news: Love trains ready to roll — there will soon be a car designated for singles only on the metro trains, to make it easier for more singles to get together! I would love to see whether they’re busy or abandoned, but the start happens after we leave.

Unrelated, I also found this interesting photographic tour of Boží Dar, an old Soviet army tour and airfield about 28 miles from Prague. I haven’t been there, but since there recently have still been mines exploded by people walking dogs there, it’s probably best I stay away: God's Gift: The Eerie Soviet Military Complex Hidden in the Czech Republic.

Now, some final photos from around town before we leave! The crowds of tourists are as big as ever at Staroměstské náměstí, the old town square, such as here in front of the astronomical clock:

And there are lots of interesting buildings, both overall architecture and decoration and design, all over town. I just have to keep my eyes open and take the time to enjoy: 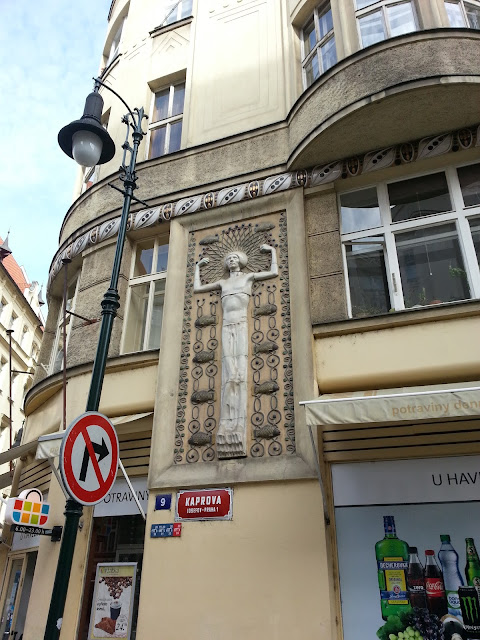 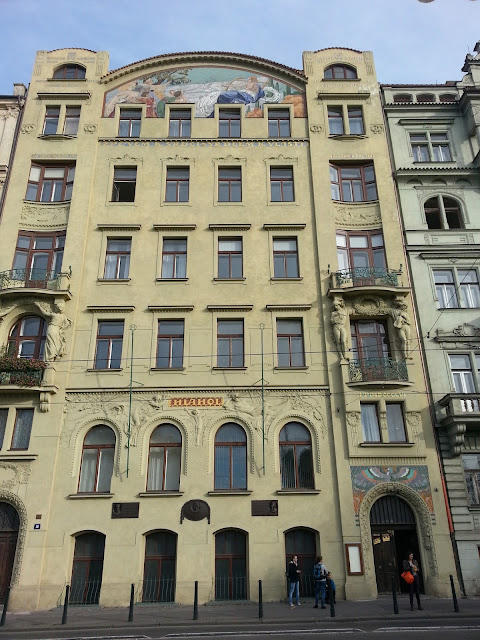 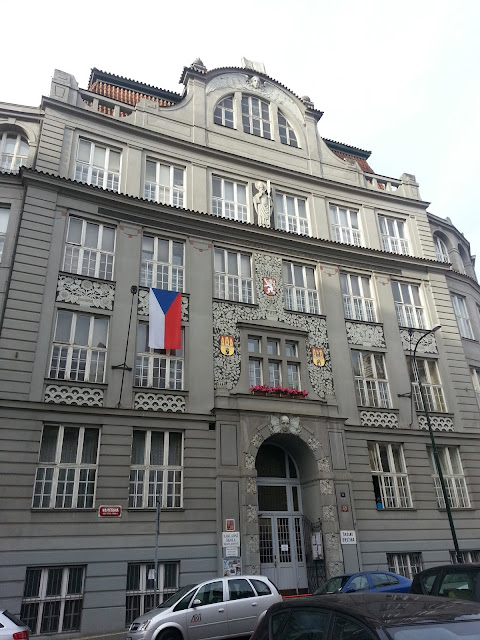 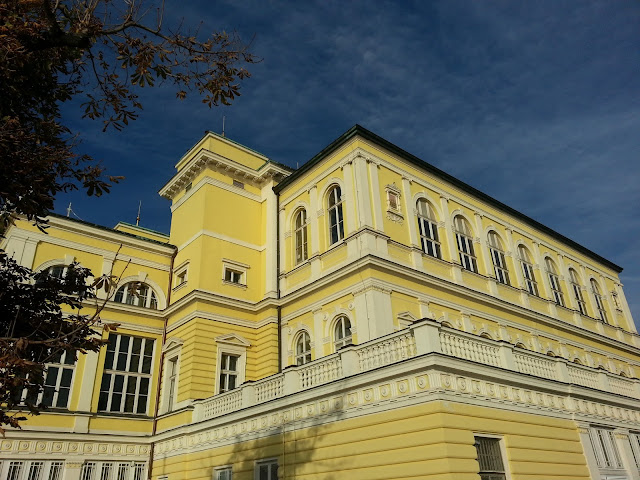 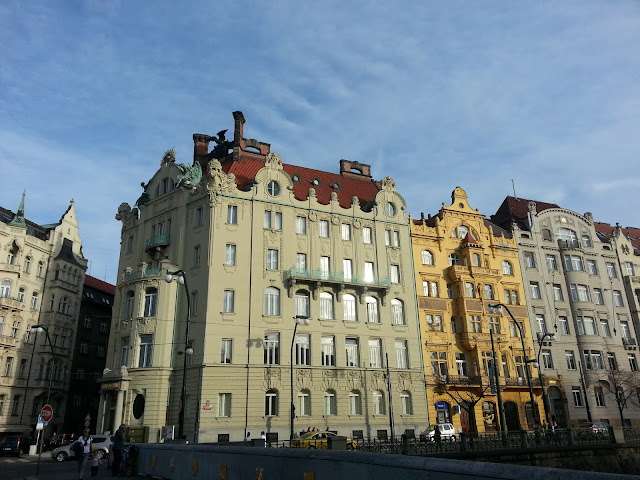 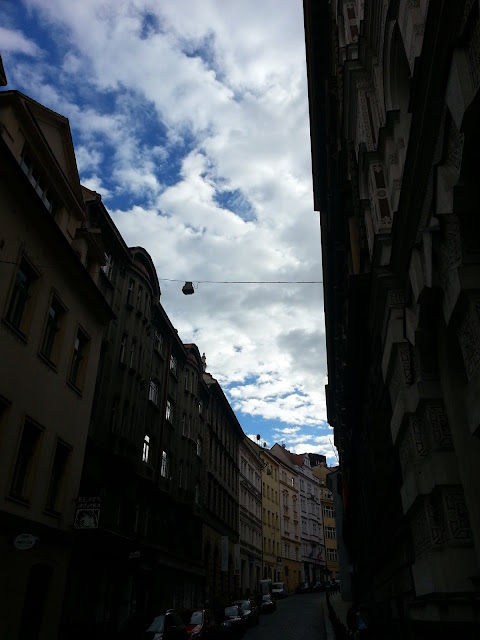 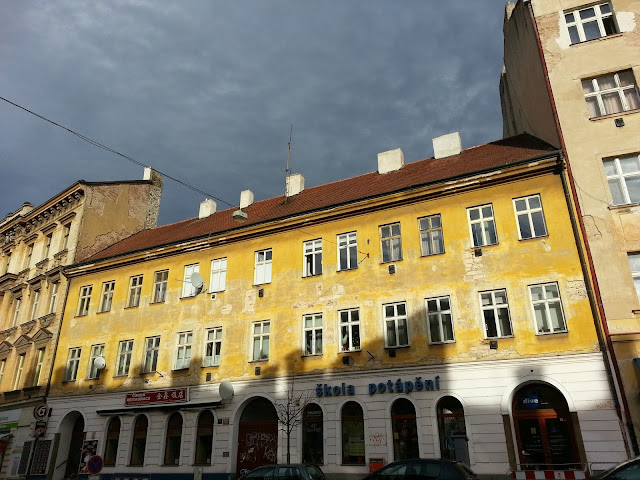 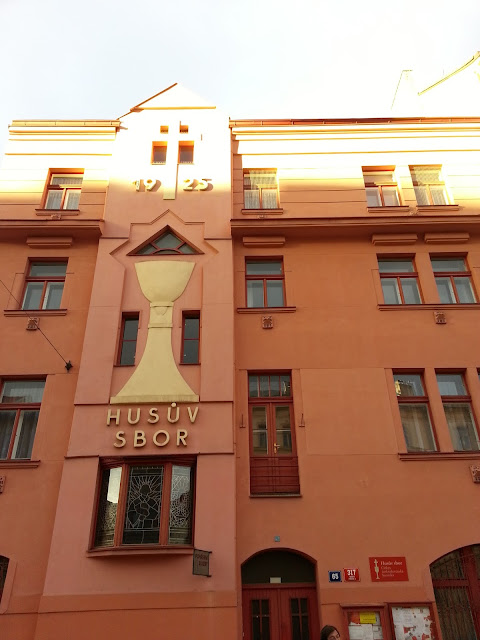 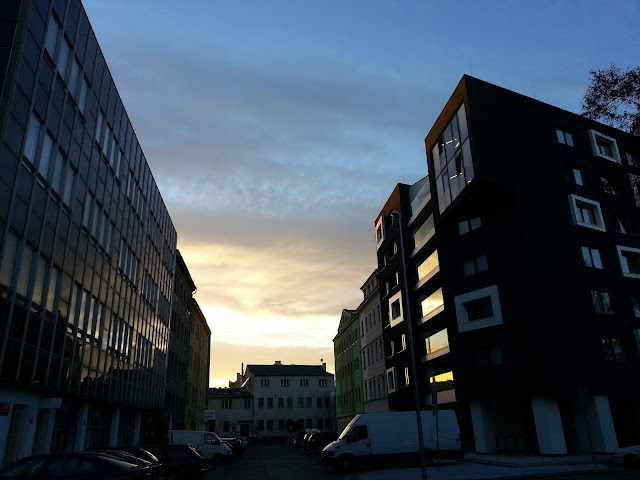 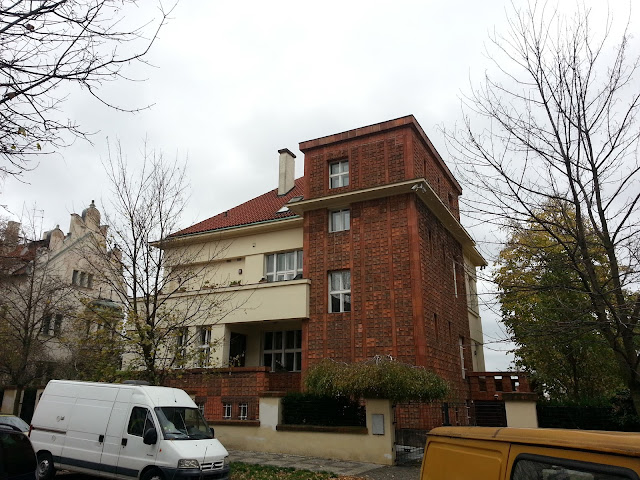 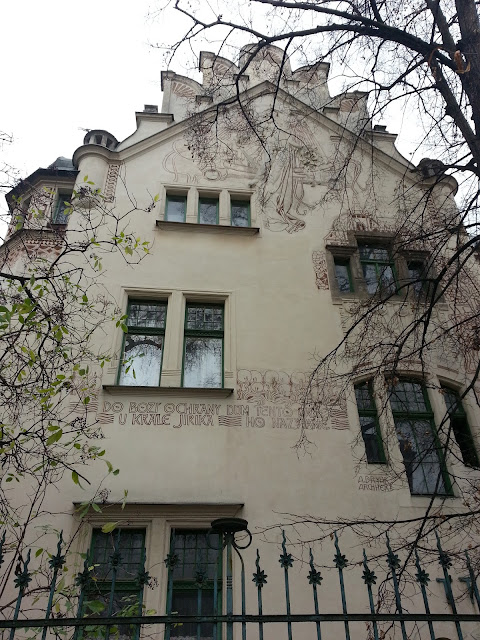 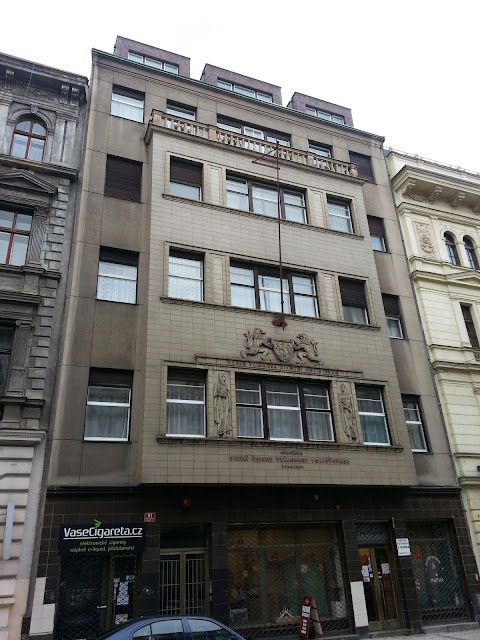 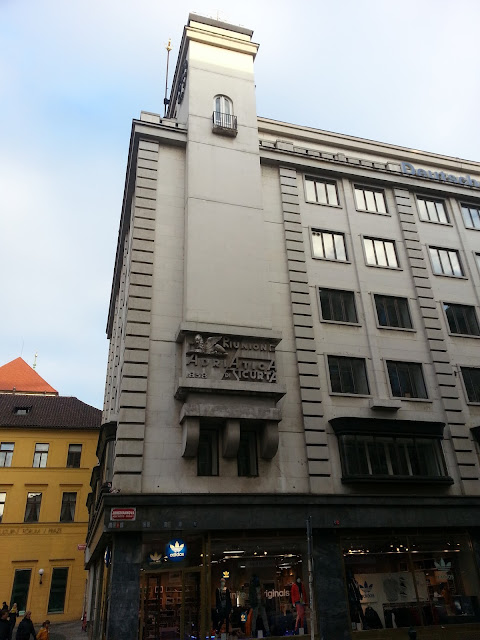 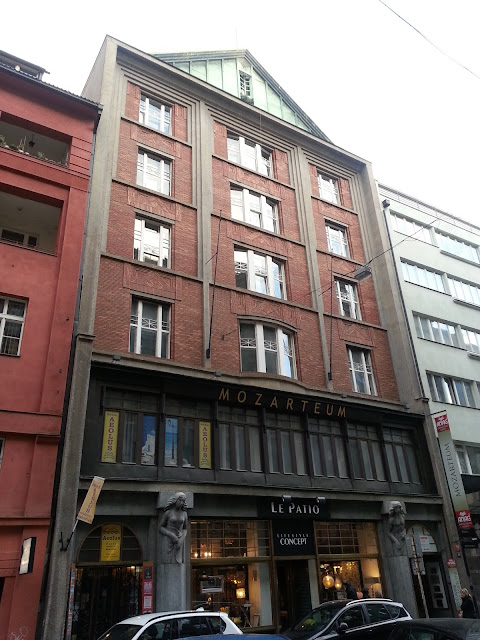 Here were some antique typewriters and advertisement signs we saw in a Czech restaurant near Palackého náměstí: 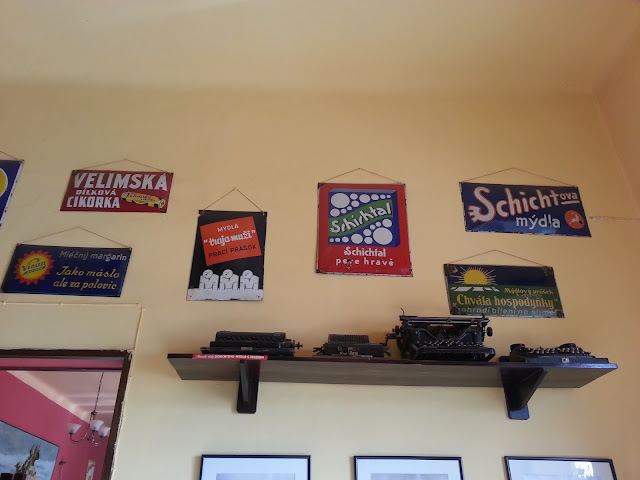 Erin, Seth, Mira, and I went for a walk around the river, across the railway bridge and back, on a beautiful fall day: 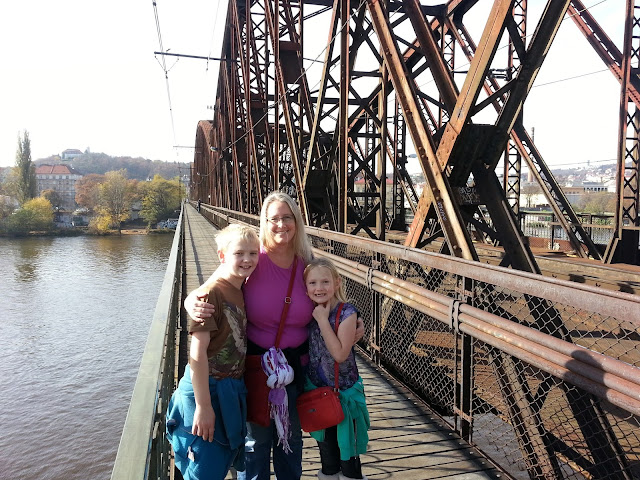 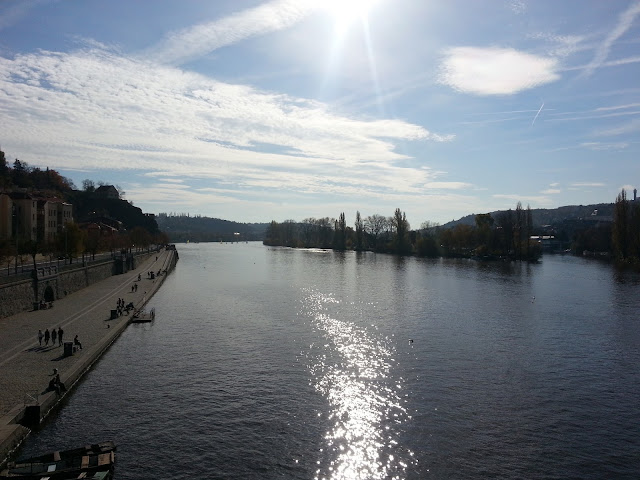 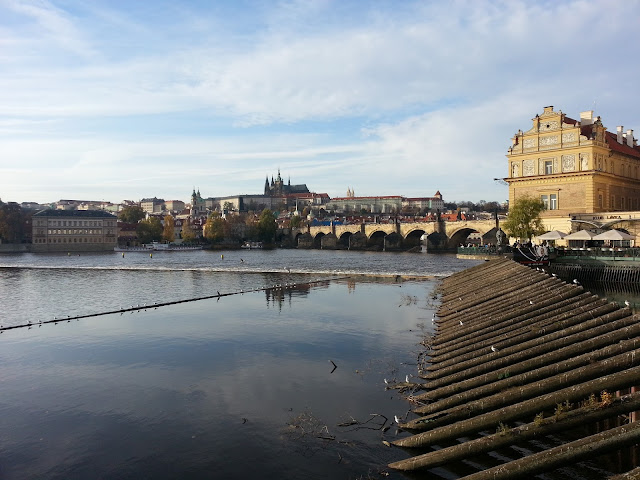 And it doesn't get much better than a dog on a boat such as this guy has: 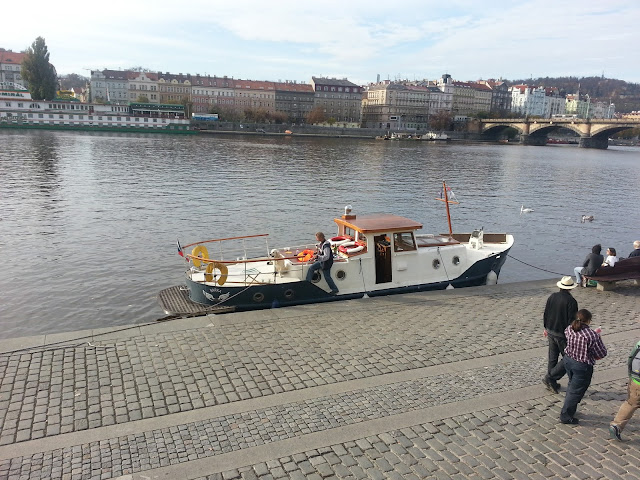 While out running, Phin and I came across this outdoor restaurant with an amazing view over Vyšehrad (the old castle) and Nuselský most (bridge), with interesting statues in the yard, abutting a somewhat restored, somewhat decaying wall: 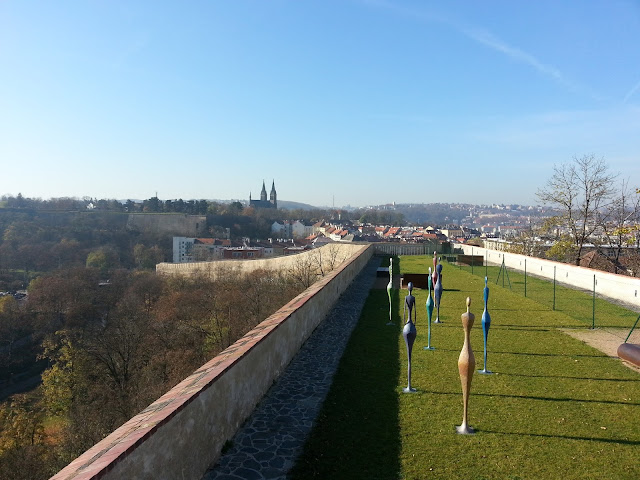 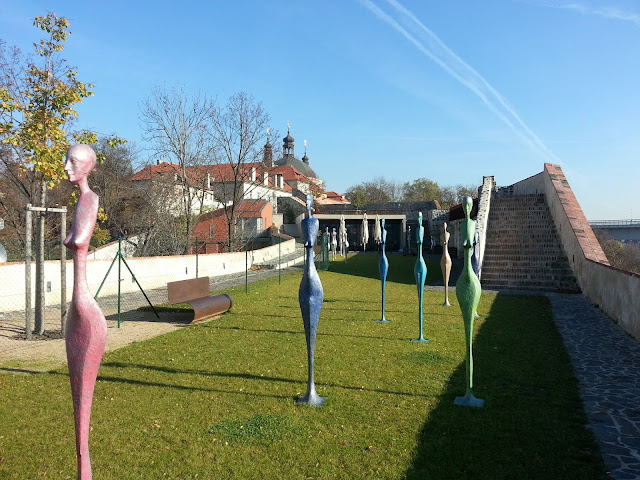 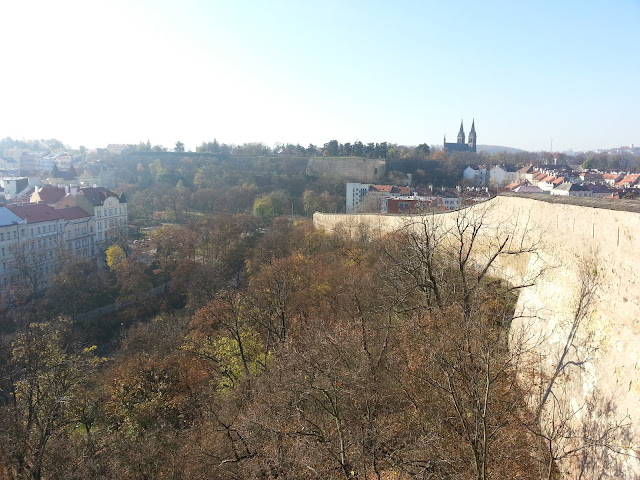 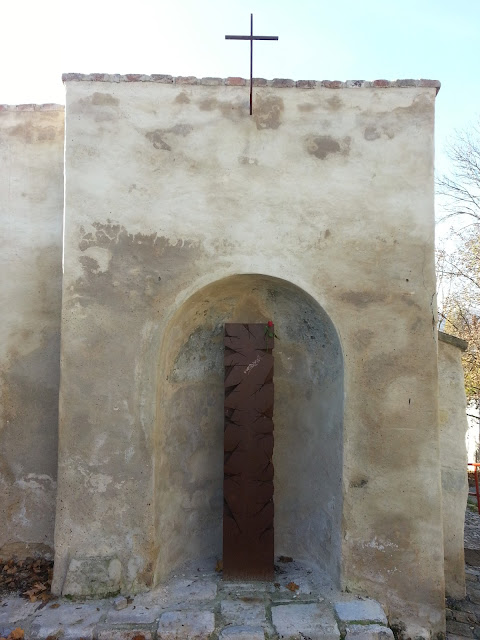 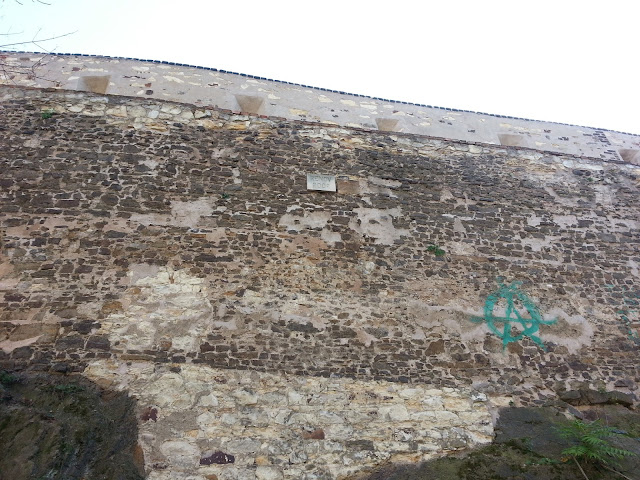 On our last Sunday in Prague, here is the family except for me & Zed: 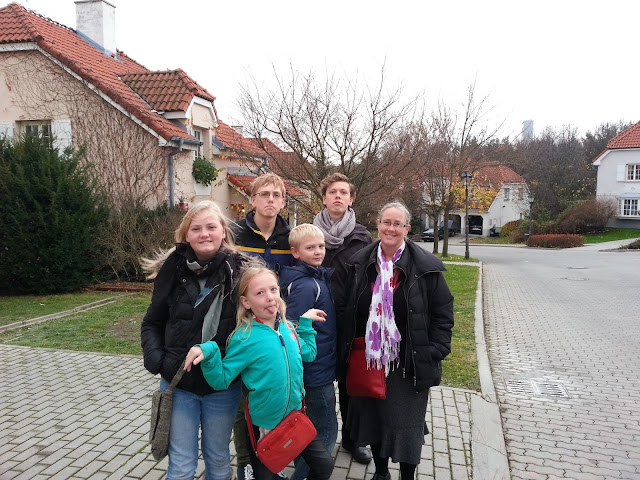 Here are our branch president Martin Pilka and his wife Alena, with Erin and me: 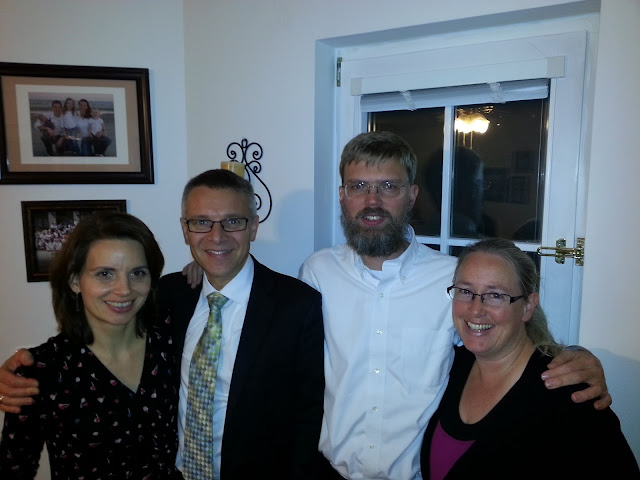 We fly out in a few hours for Plovdiv, Bulgaria!