Saturday with Aliosha in Plovdiv

Yesterday we all went for a walk into town and had a good time. 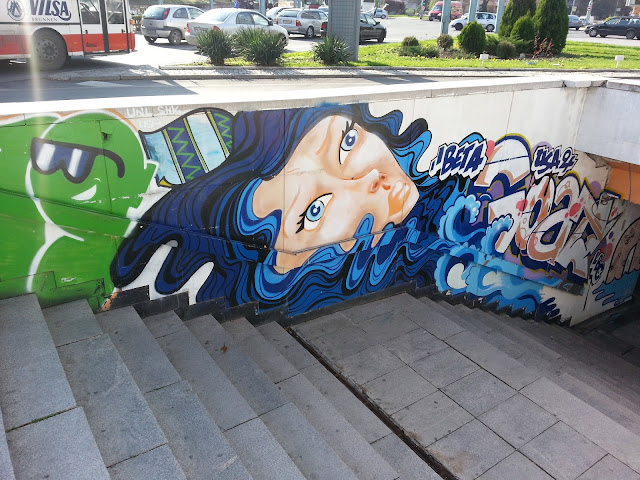 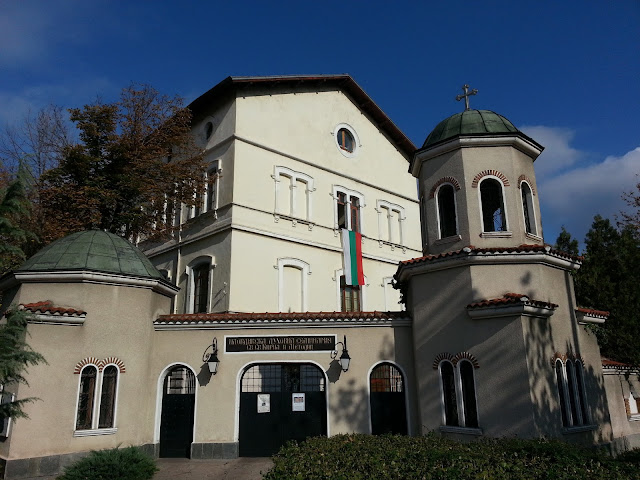 We were drawn by the distant sound of excellent Bulgarian folk singing into a political rally of the ГЕРБ party. During speeches there were frequent calls for оставка, which our handy mobile phone dictionary said means “resignation” — they were calling for the whole Bulgarian government to resign and apparently want new elections. 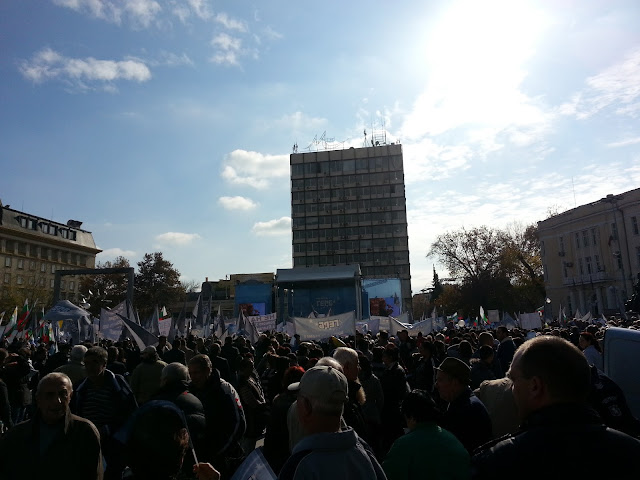 Then Erin and the girls walked home while Jacob, Phin, Seth, and I walked up the hill called Бунарджика (Bunardzhika), which has some interesting ruins on the side on the way up. It looks like maybe a 20th-century reconstruction of an aquaduct: 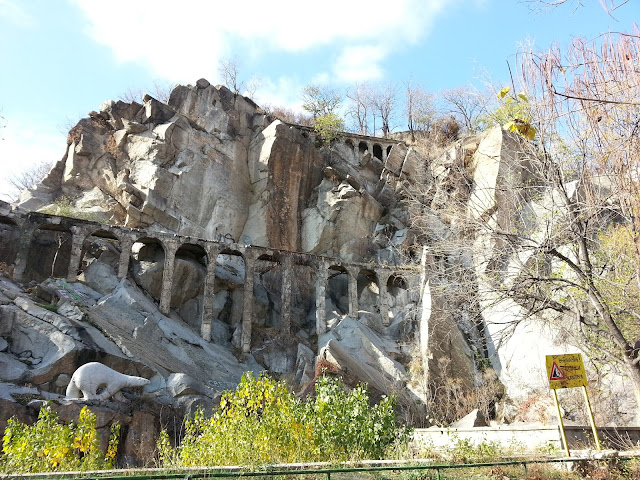 And a church I don't know anything about: 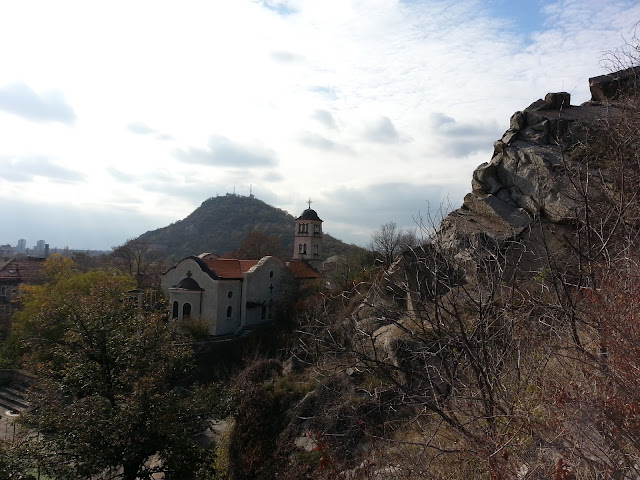 And some flowering prickly pear: 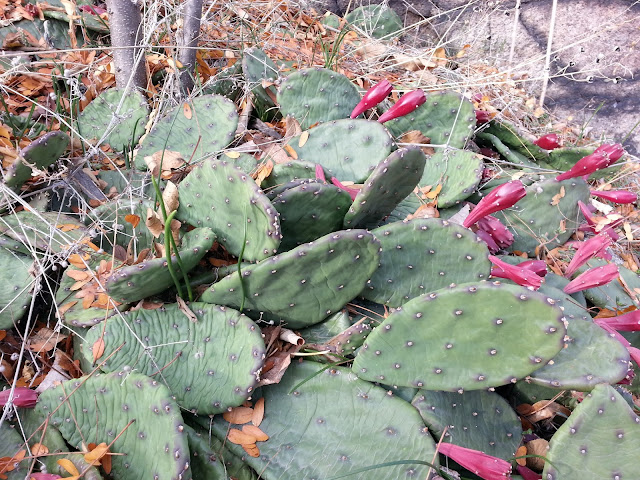 Near the top is a monument to Russian Emperor Alexander II, commemorating his role in Bulgaria's liberation from Ottoman rule in 1878: 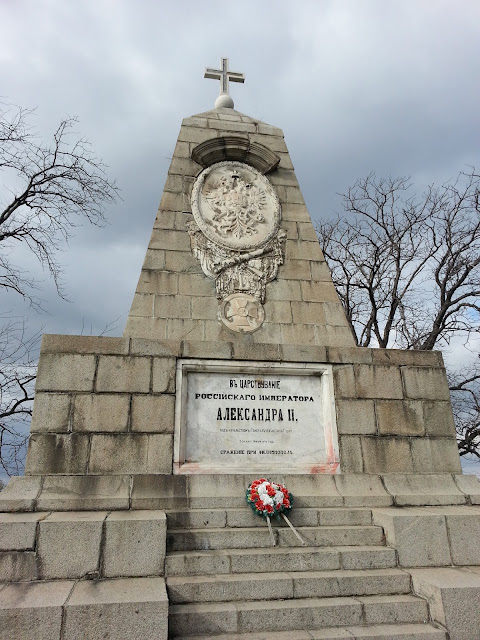 At the very top is a statue everyone (even the maps) call Алъоша (Aliosha), a Soviet / Red Army soldier being praised for liberating the Bulgarians at the end of World War II: 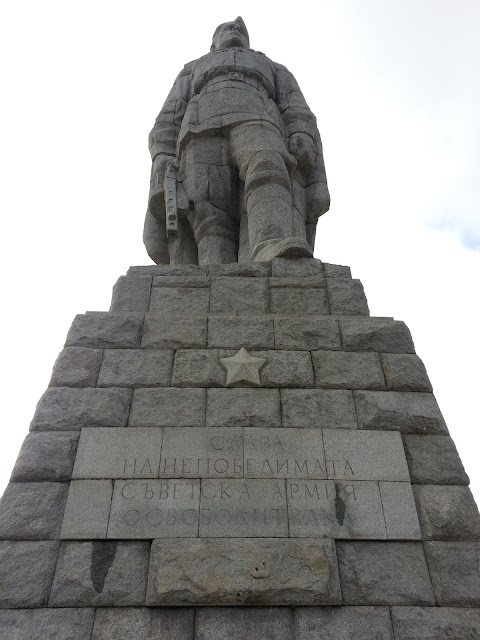 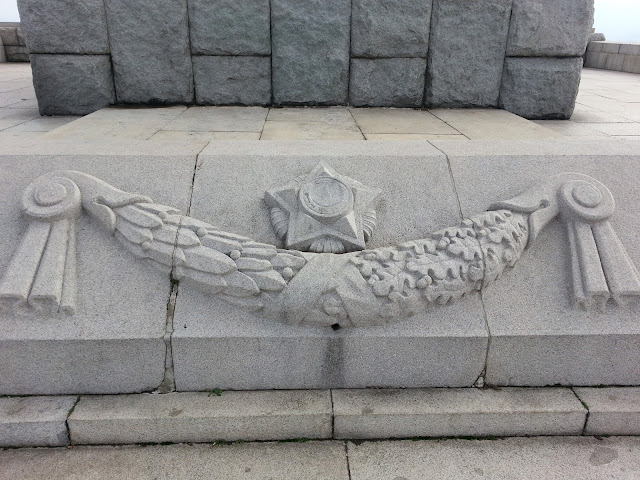 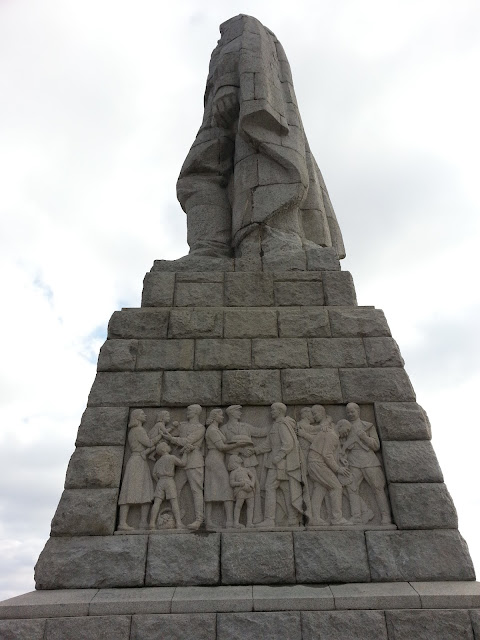 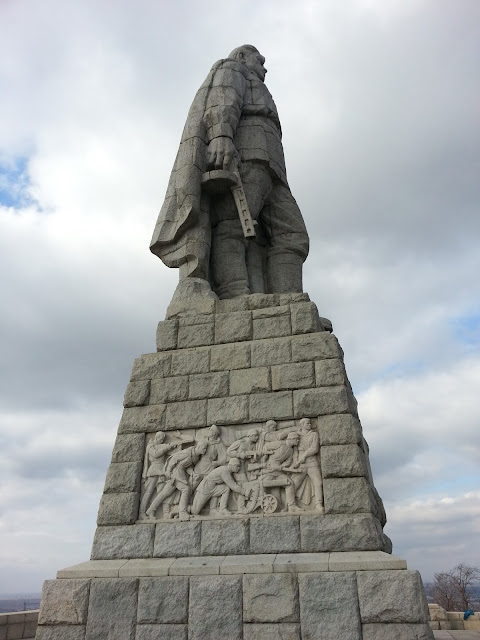 The views out over Plovdiv and the surrounding valley were excellent, since it had rained the night before: 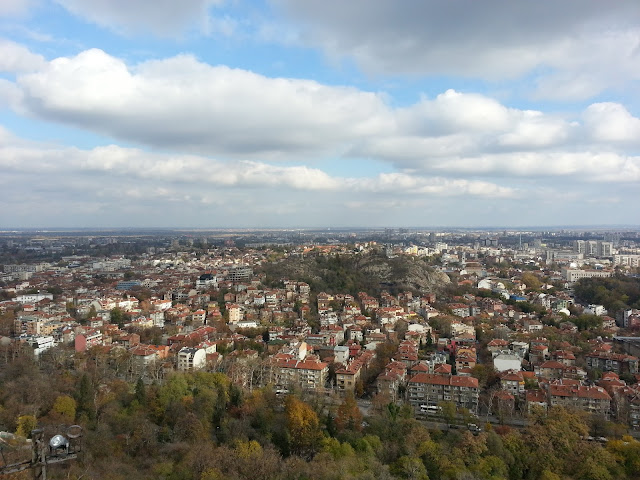 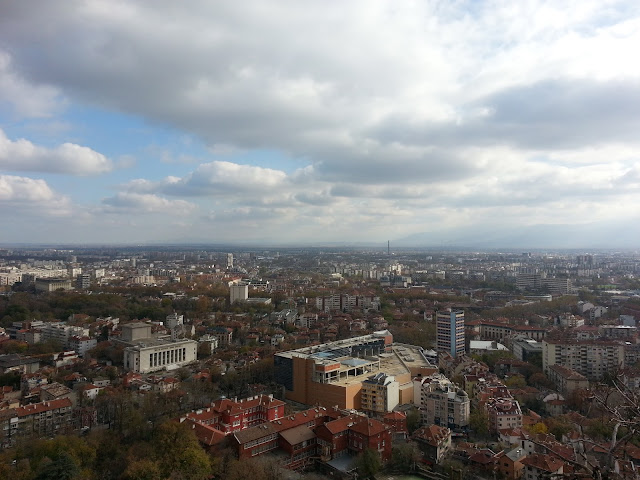 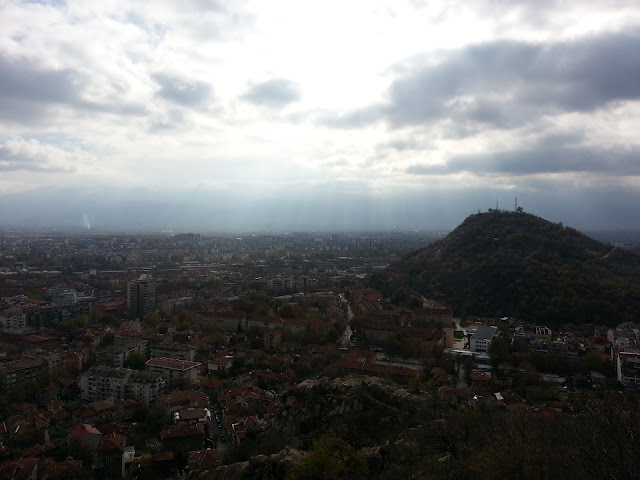 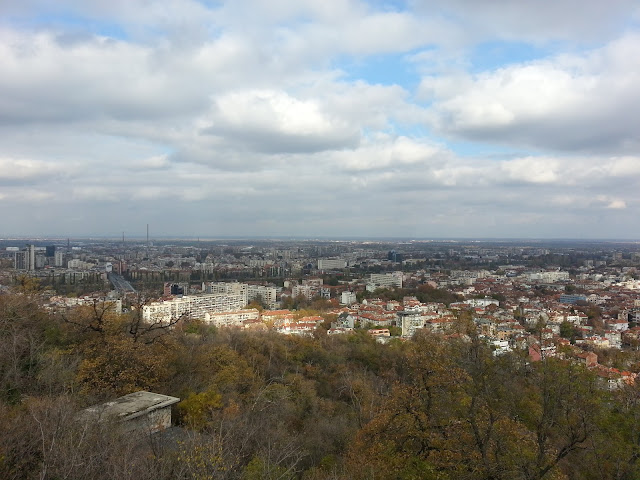 The boys pretended they were in an advertisement for clothes or yachts or something: 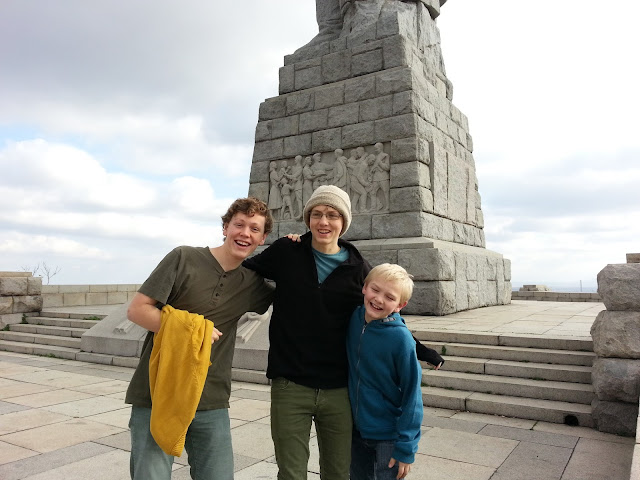 On the way down the other side there is an abandoned concessionary or cafe: 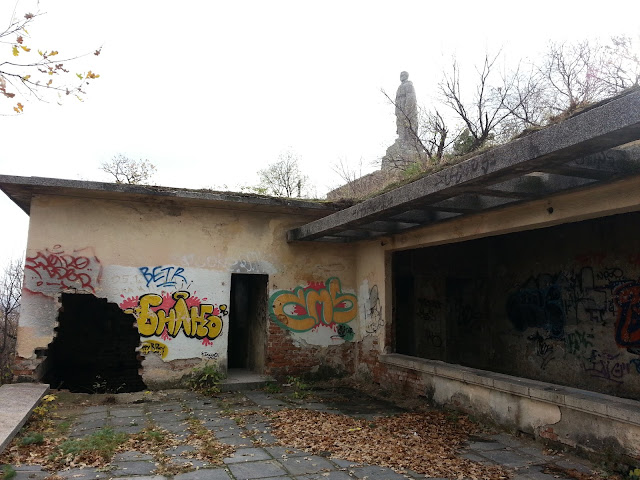 On the way home we saw an Evangelical Protestant church, a rarity in these parts: 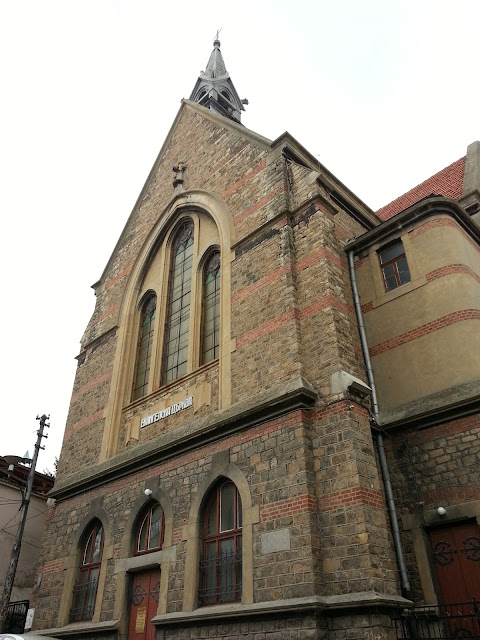