Here are some more examples of mind-tickling Cyrillic. This top word is a really common thing to see in the city: apteka (meaning apothecary = pharmacy), written аптека in block Cyrillic but looking funny as аптека in script (that will vary depending on which Cyrillic fonts you have installed): 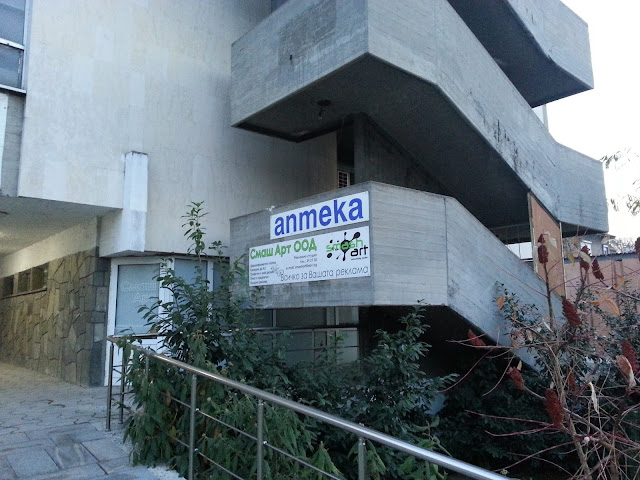 This bag of spaghetti on the left is my favorite yet, as block спагети becomes спагети in script, except chances are that your font won't show the middle "g" sound like the "r" it appears to be here, since that is yet another variation used in Bulgaria: 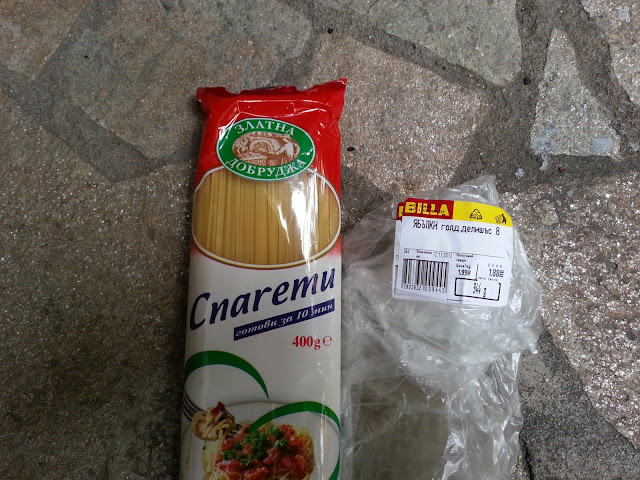 I'll finish with a store I saw called "Mira", like our daughter's name: 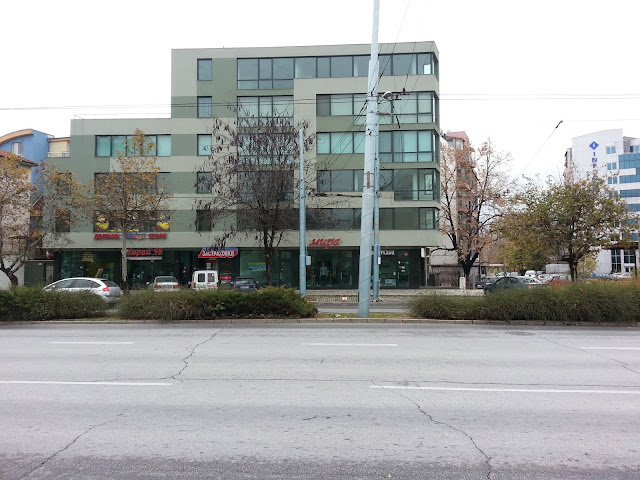