Here are a few assorted things I've seen here in Plovdiv, Bulgaria, during the past week.

A house in suboptimal state of repair: 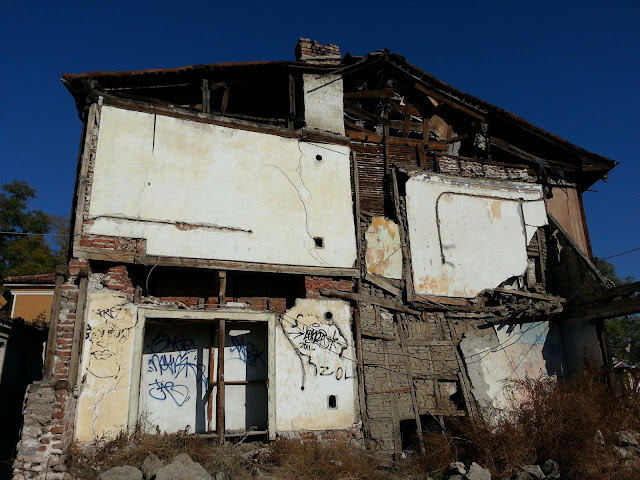 Another Islamic mosque a little off the beaten path (compared to the one in the middle of the main pedestrian zone): 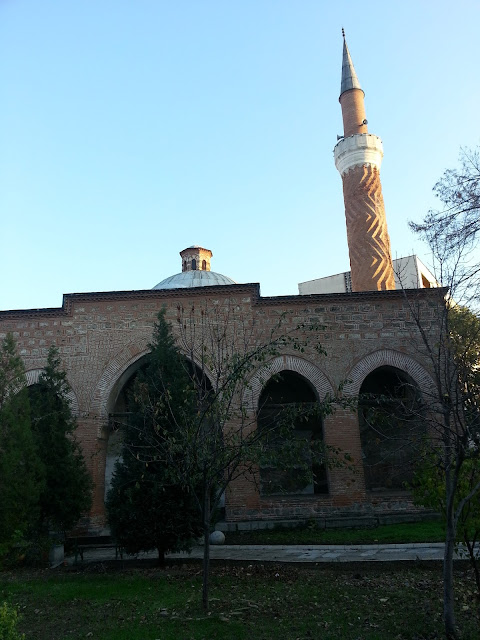 On Monday Jacob, Phin, and I went running with two of the LDS missionaries here, Elder Mock and Elder Killpack. It was their preparation day. Elder Killpack is from Idaho Falls like I am! We ran to Mladezhki Halm, the highest of Plovdiv's hills: 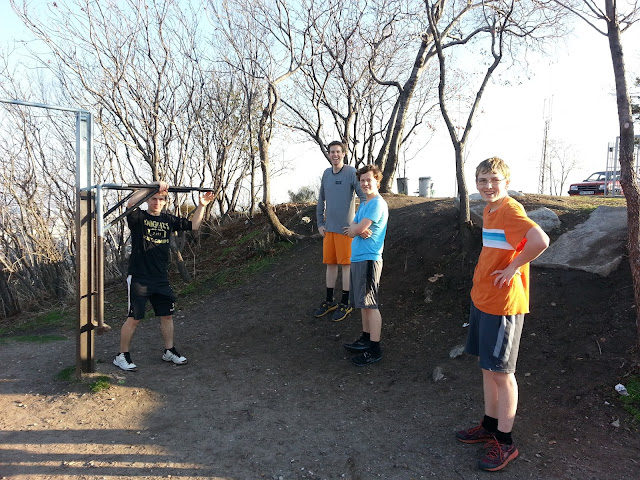 On the way down we saw this part of the road, which looks pretty clearly to be where one or several cars had plowed through the short wall and off the cliff, skidding and tearing up the cobblestone on the way out: 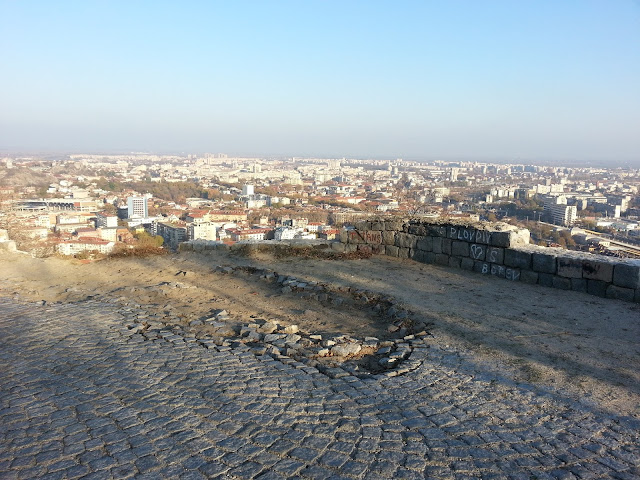 Today Erin and I walked up Bunardzhika, the hill with the Russian soldier statue Aliosha on it: 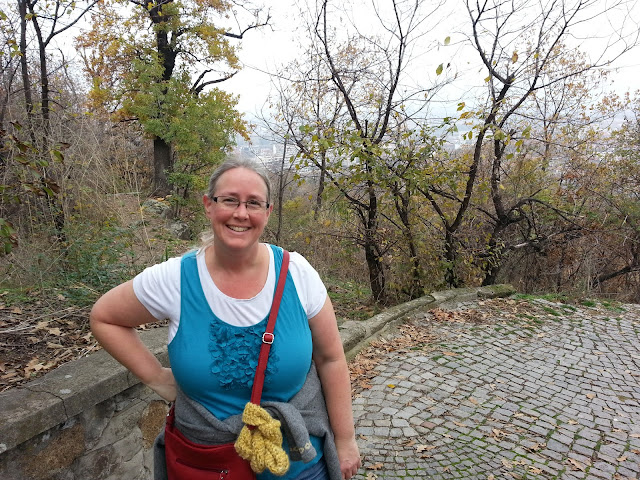 In one spot there were 3 different types and sizes of cobblestones. I like stone roads and paths. On foot, at least. 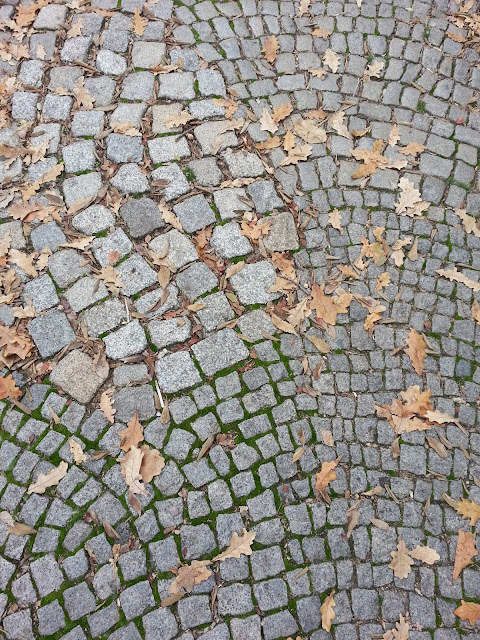 There are some water collection and/or treatment facilities there with stern warnings to keep out or risk a fine. One was staffed (or at least a car was parked there) and had a watchdog in a little doghouse. The dog seemed bored and just looked at me when I walked up to the fence. 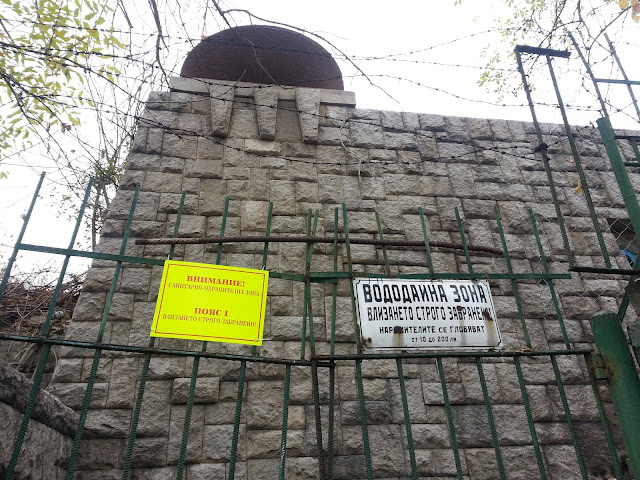 Note the date 1935 marked in stone above the sink to the left: 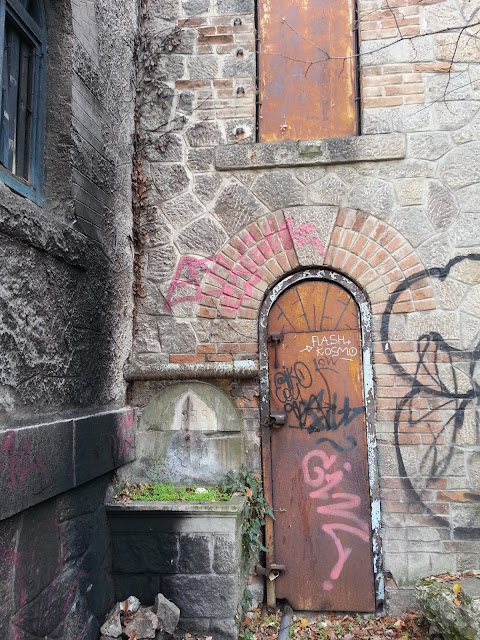 The sun was shy but came out sometimes today: 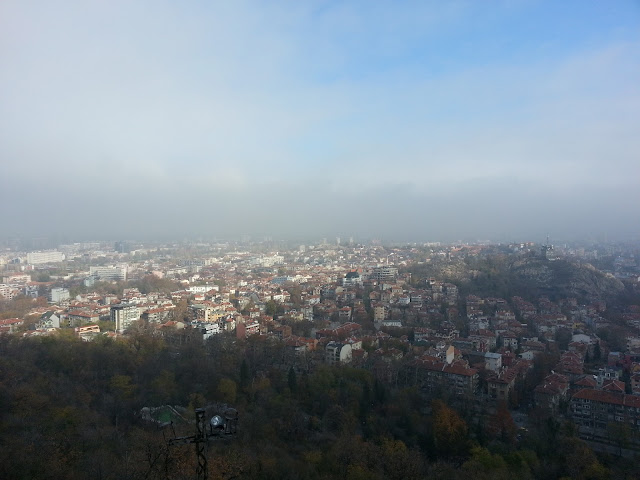 Here someone was camping out behind an apparently abandoned building: Which was near some kind of interesting doorway to the great unknown (to me) in the hill we came down: 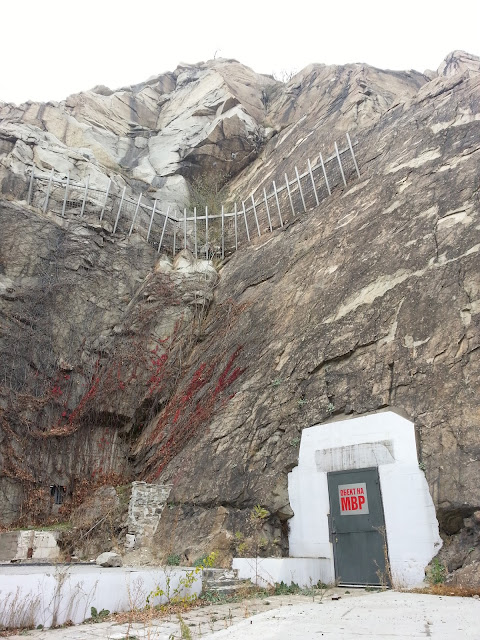 We then visited the Orthodox church Св. Св. Петър и Павел (Saints Peter and Paul), which was beautiful, but not to be photographed inside: 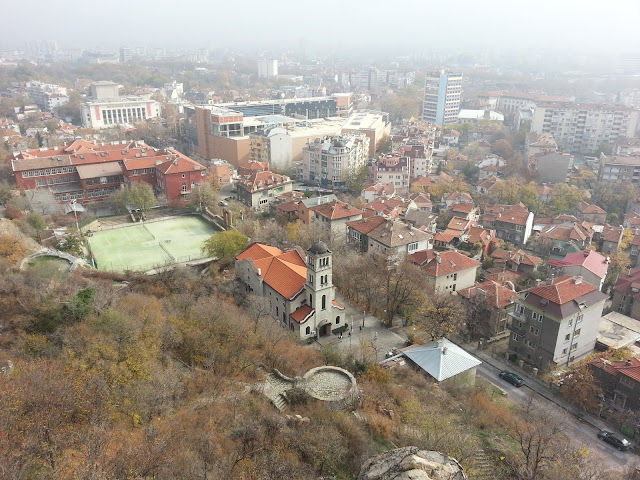 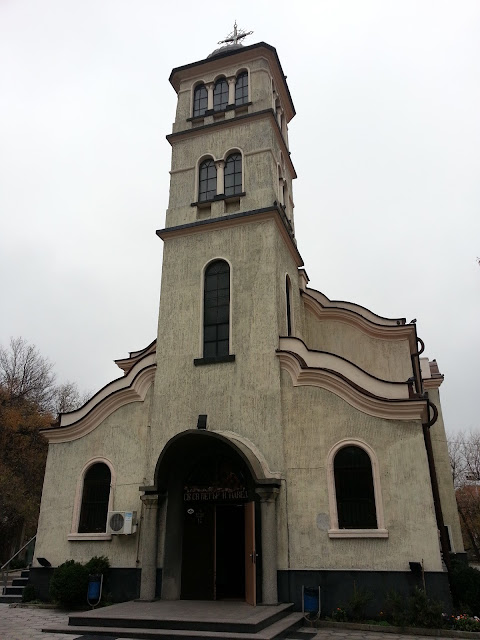 Erin then showed me the Roman ruins called Odeon near the main post office, which I hadn't yet seen: 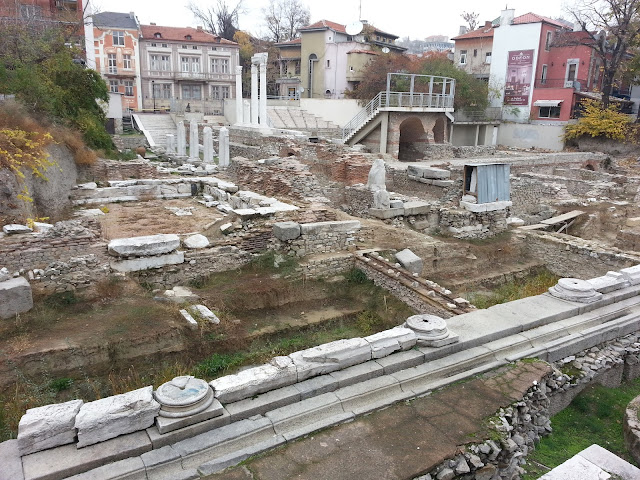 In a main pedestrian shopping zone on a wall is this delightful Communist art celebrating buddy cities Plovdiv and Leningrad from 1980, with quite a quasi-angelic feel to it: 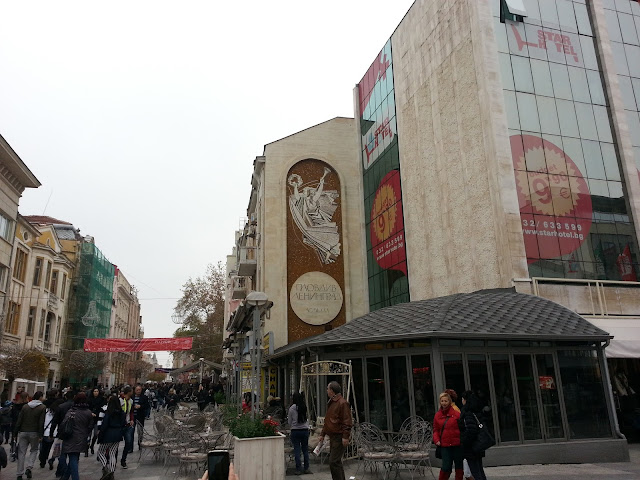 Finally back near our home we noticed an old town Plovdiv map that alongside Bulgarian is also in German, very unusual for this area: 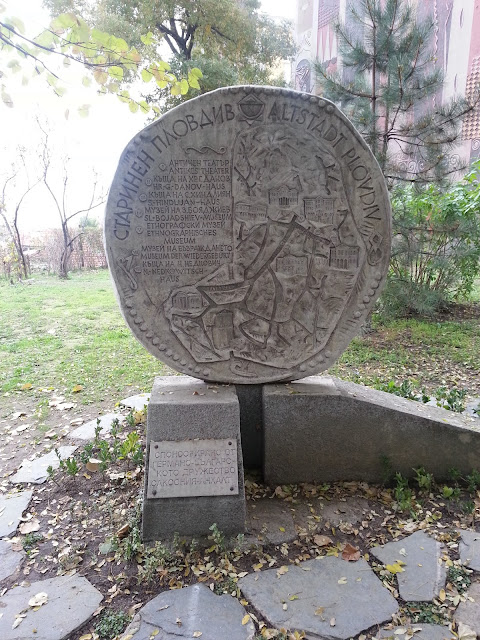 The sign below it says it was funded by the German state of Sachsen-Anhalt.