Today me and Dad didn't wake up until after noon, and we didn't go to LinuxTag at all. Instead, we walked around and saw some stuff. First we went to this cool church. It was bombed in the war, and they made a kind of ugly (from the outside) memorial church that is really cool inside. There is a bunch of blue glass in the walls, and when the sun shines through it, it looks really cool. We went inside both of them. Here are some pictures.

The inside of the new church: Sorry about the blurry picture. I had to turn the flash off. The inside of the old church: 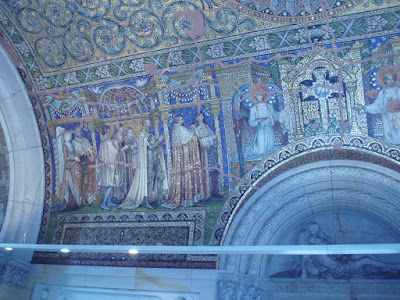 And the outsides of both of them. The tall one is the old one, and the newer one is short and sqaut. 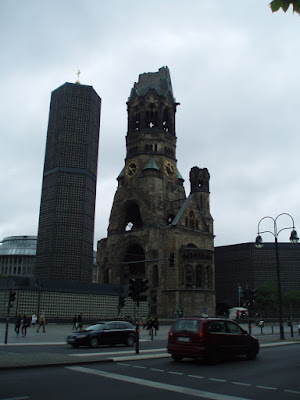 After that we went to Checkpoint Charlie, and that was really cool too. Here is a picture: 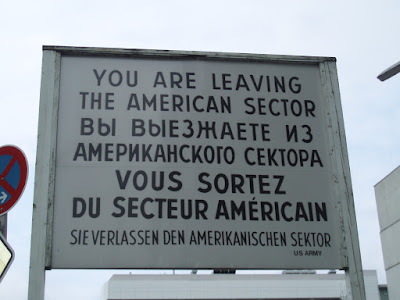 After that, we just walked around for a while. We saw a group of break dancers dancing as a kind of tribute to Michael Jackson, who died yesterday. They were really good, too. At about 6:00, we went out to eat with Davor, and now we're home and I'm writing this blog post. It's pretty late, so I should probably go to bed. :-)