Today is the first day at LinuxTag. Yesterday we set up the Interchange booth, after meeting Davor. Here is a picture of the booth from then: 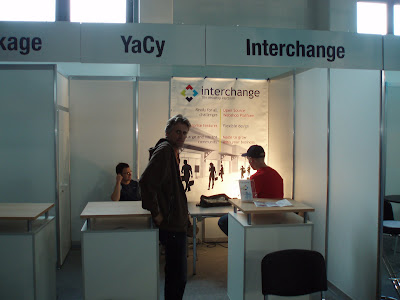 After that we went to the apartment and Dad, Stefan and Davor worked on their Interchange presentation for a while. Here is a picture of them: 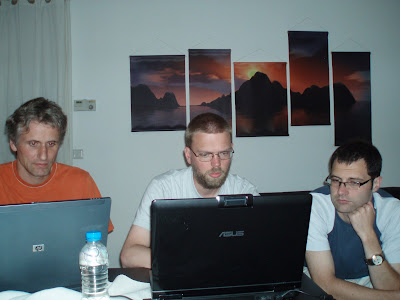 At 10:00 or so, we went to eat dinner and didn’t get back until past midnight. I was, obviously, pretty tired and went to bed. Check out these photos from last night! 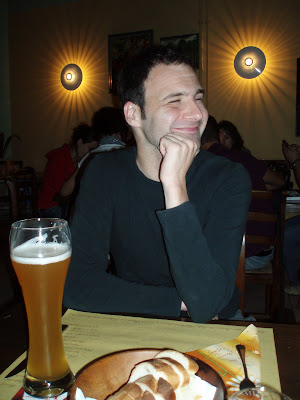 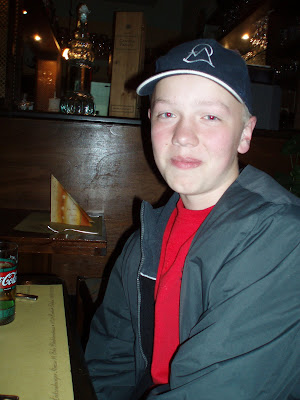 Now we’re at LinuxTag and I am writing this post. We are sharing our booth with another project, so it’s pretty crowded. There is a booth for Linux Gaming, and it is sweet! There are tons of games for you to try, even a Guitar Hero for Linux. It's called Frets on Fire. It uses a Wiimote guitar from Guitar Hero. They also have a booth for FlightGear Flight Simulator., and they have these huge setups with three giant monitors each and the whole controller deal. I got to fly it, and it was awesome! I even landed, admittedly not on the runway, but It was awesome! Here is a picture of the flight simulator. 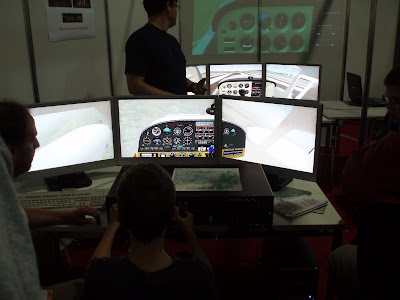 Here is a couple of pictures of the Linux Gaming booth. 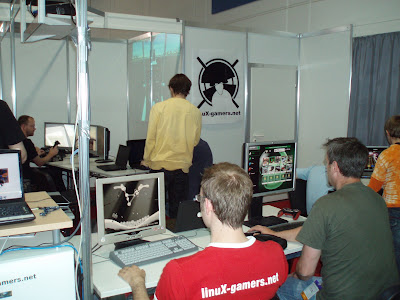 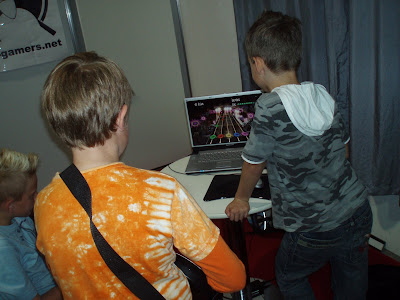 Now me and Andrea are going to a palace. It's in Charlottenburg. It's going to be sweet!