Sorry for not posting for so long. I haven't had access to the Internet for a while.

Yesterday morning we left Berlin to go to Jena. When got to Jena, we found our hotel and then went to church. After that, we went and met Dad’s friend Doreen, that he met on his mission, and her boyfriend Didi, and they took us out to lunch. They were really nice. After that, we walked around Jena and looked at some cool stuff with them. That was really cool, because they have old city walls from the Middle Ages. The way they worked was they had a square city wall, and three gates around it. Most of the walls are mostly missing, but they still have some of the gates and the corners. Here are some pictures: 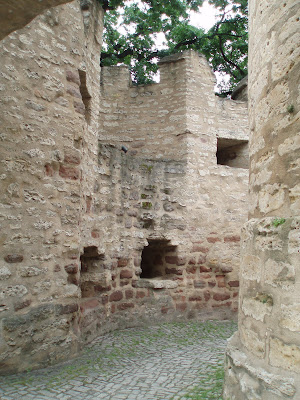 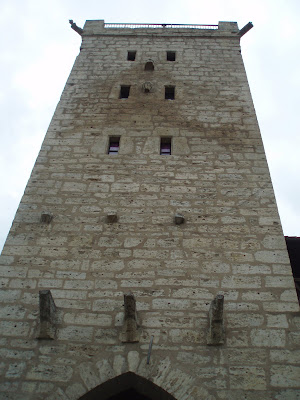 After that, at about 4:00, we checked into our hotel and Doreen drove us to her brother Henry Gottschald’s house. He is a friend of Dad’s that he knew on his mission, too. We stayed over there and talked for several hours, and then we came back to the hotel. Here is a picture of their family: 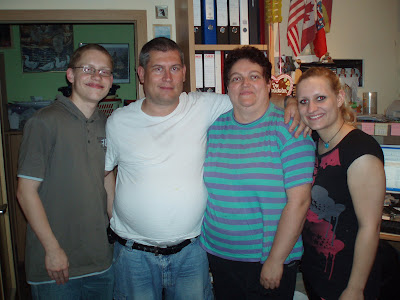 Three of their kids were playing, so we don't have a picture with them in it.

It was really cool to go to church and hear everything spoken in German instead of English. Our hotel room is pretty nice. One weird thing, though; you have to put your room key in this scanner thing in the wall for electricity. Here’s a picture: 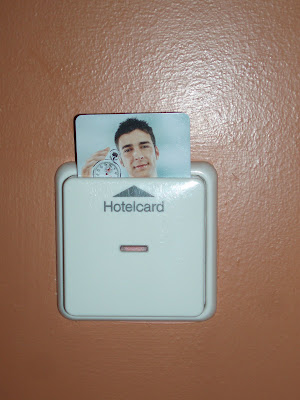 Weird, huh? Here are a couple of other pictures of our hotel room. 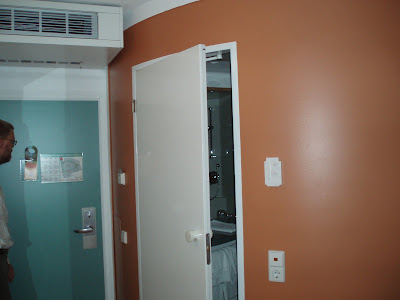 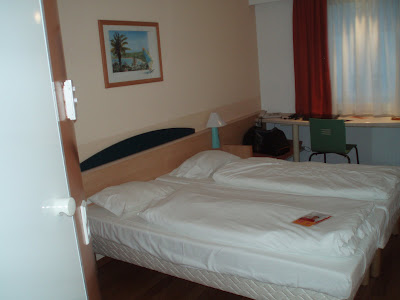 In the morning, we got up and ate breakfast, then went to catch our train to Dresden. It was like 15 minutes late, which was annoying because it made us miss our next train and have to wait for the next one. So, we had about 45 minutes in Leipzig to look around. We went into this really cool church with pink and green decorations in the inside. Here's a picture: 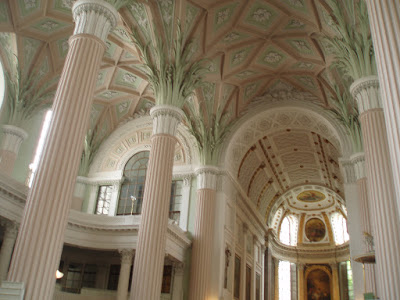 Cool, huh? After we got to Dresden we walked around for the couple of hours we had and saw some cool stuff. There was this really cool palace grounds place called the Zwinger, and that was awesome. We also saw the Frauenkirche, that was burned down in the big bombing of Dresden during World War II, and that was cool too, but we didn't have time to go inside. Here are a couple of pictures of Dresden:

One of just one single part of the Zwinger: 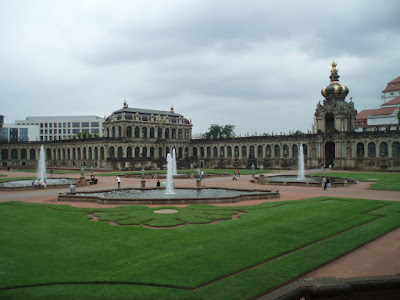 And one of the Frauenkirche. This church was just a pile of rubble when Mom and Dad were her on there missions. 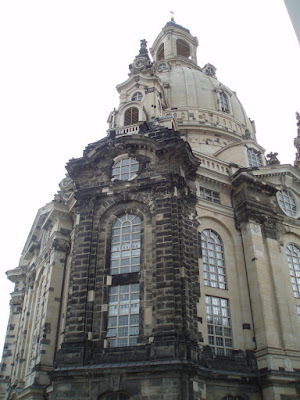 After a couple of hours in Dresden, we got on our train to Prague. On the way to Prague we saw a lot of really cool Czech towns back in the countryside. When we actually got to Prague, we walked around a tiny bit and then went to find our hostel. I got us lost a few times, but we finally got there. We then dumped our bags there and Dad took a nap, 'cause we were both really tired. After that, we walked around a bit and found the Internet for the hostel. Dad wrote some e-mail and talked to some people from Dublin, who recommended doing the free tour of Prague in the morning. So, the next day, we did just that. At 11:00, we went to the Old Town Square and went on the free walking tour they have of Prague. They took us to some pretty cool places. After that, we decided to go on the Castle tour, which was run by the same people but actually cost money. That was really fun too; they took us to some really cool places in the Castle Quarter of the city. Here are a few pictures from those: 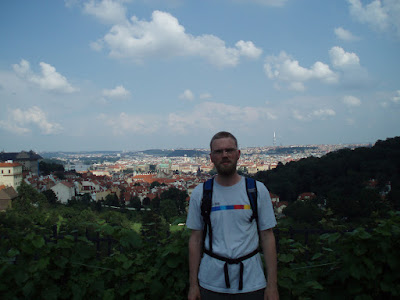 This is actually the Old Town Square, where everybody met for the first tour. 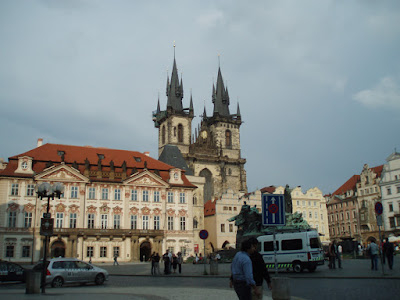 This is kinda funny. It's a paper bag dispenser we found in a park for you to pick up your dog's droppings. 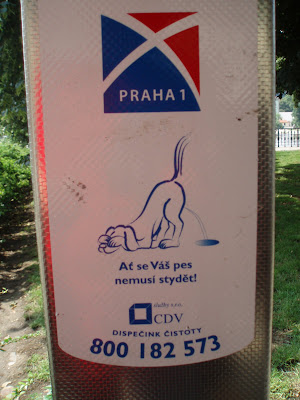 One more thing now: We were looking around in some of the little shops around the Old Town Square, and we found a store that had this huge Russian nesting doll that had like 100 separate dolls that all actually fit inside of each other. Here are three pictures of them: 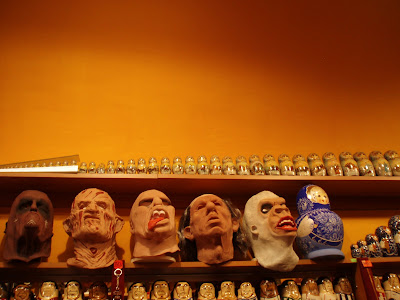 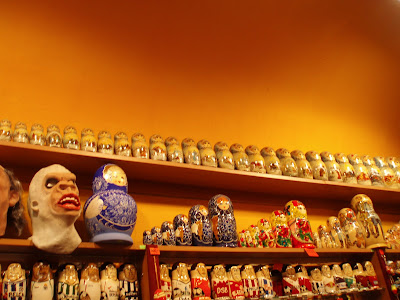 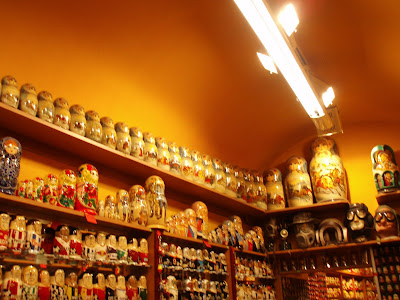