After the Google I/O conference I had much of Friday to see more of San Francisco.

Right near my hotel was a palatial shopping mall, the Westfield. Most interesting was the large dome that apparently dates back to 1896 but was destroyed in the 1906 earthquake and rebuilt over the following two years. The dome & open area beneath it: 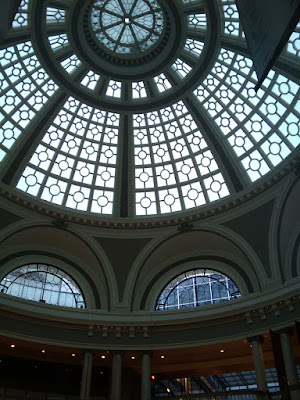 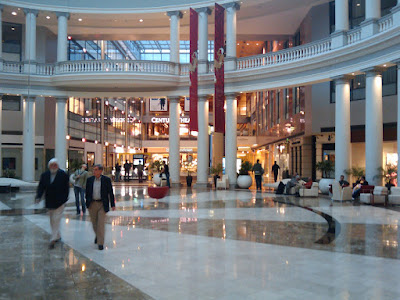 Colter and I walked up to Corona Heights Park, saw Randall Museum, and had some great views: 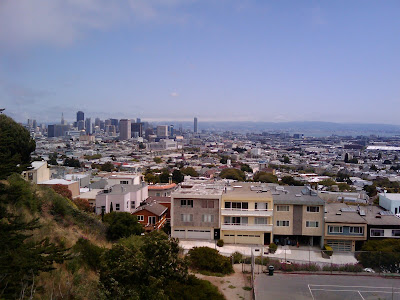 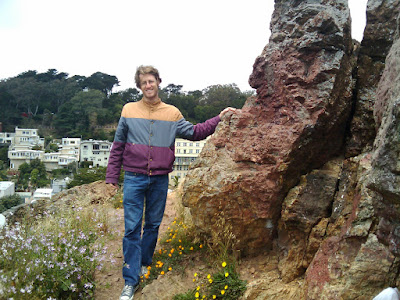 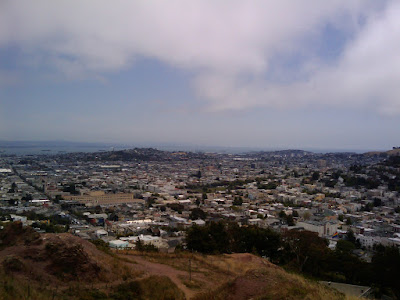 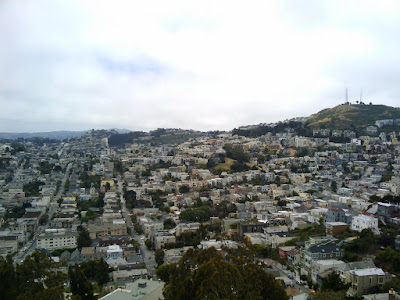 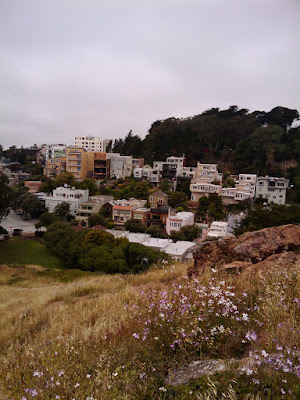 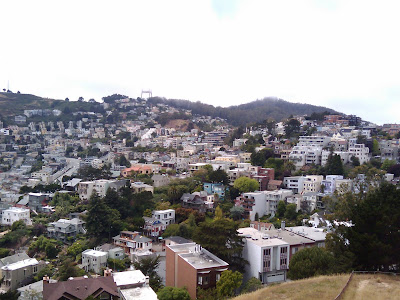 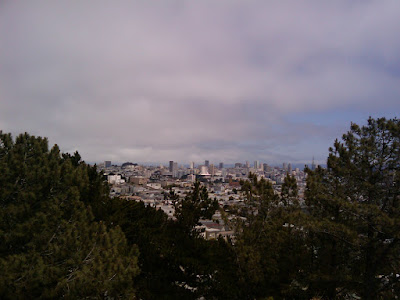 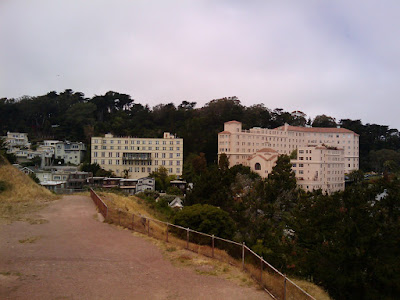 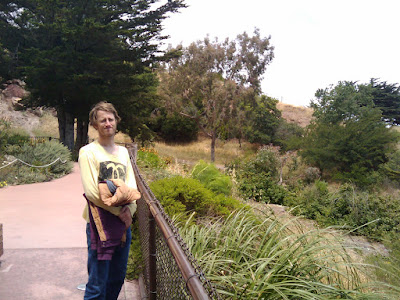 Then we parted ways at the Mission Dolores, also known as Mission San Francisco de Asís. Yes, somehow I didn't ever think before to ask who "San Francisco" referred to, but it's St. Francis of Assisi.

The mission was founded in 1776 and, completed in 1791 and surviving the 1906 earthquake, is the oldest building in San Francisco, with 4-foot-thick adobe walls. Pope John Paul II visited it in 1987. 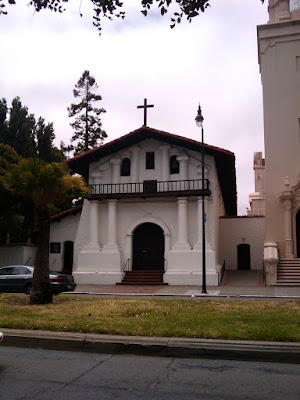 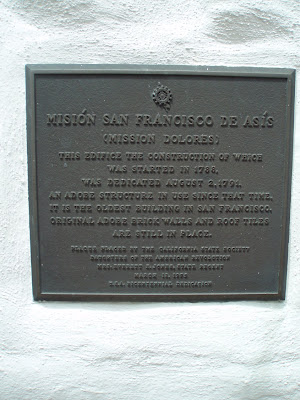 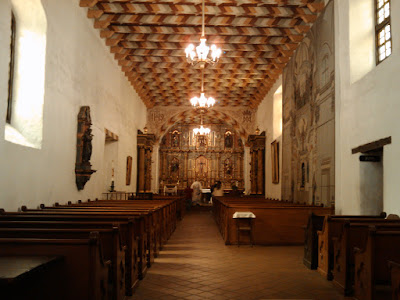 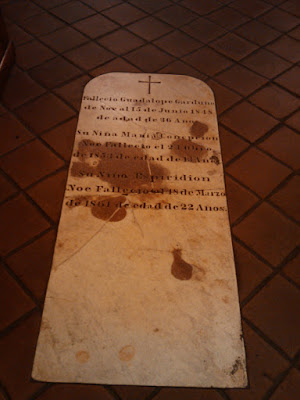 The mission's choir loft is in the back: 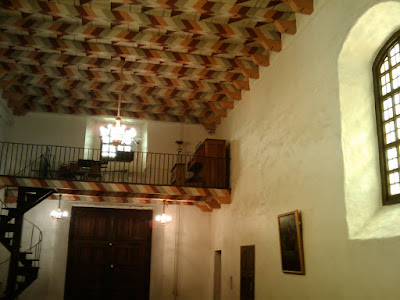 Next door is the basilica: 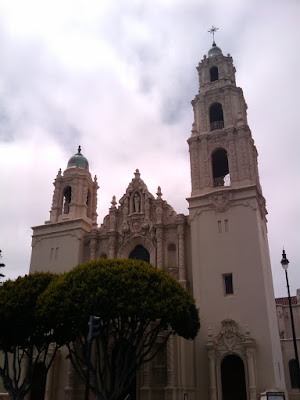 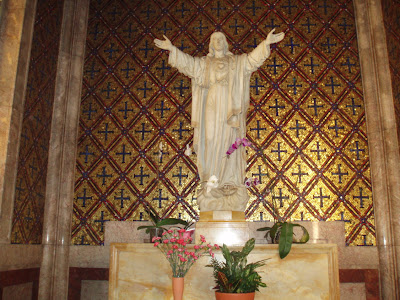 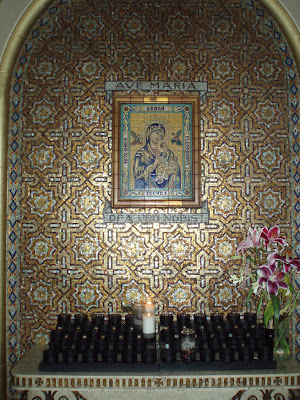 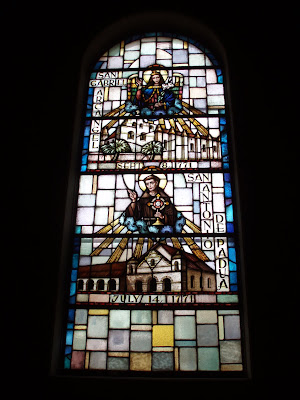 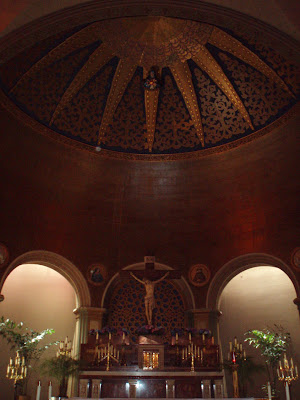 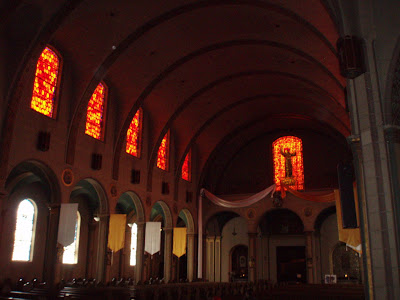 On the other side is the graveyard: 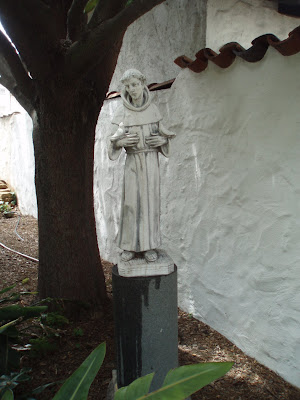 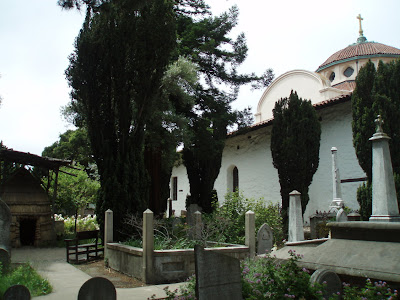 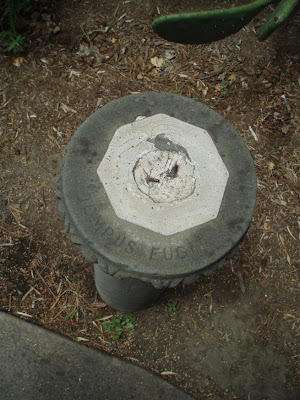 Thanks again to Colter for taking the time to show me around!