First we went to the Museum of Liverpool, where we saw surprisingly realistic demonstrations of old-time Roman surgery: a trepanation and removing a giant wood splinter from a gladiator-inflicted wound. They weren't really that realistic, but they had fake blood and used prosthetic pieces on people for "Galen" to operate on, as well as fake severed limbs on the sidelines and men walking around in Gladiator diapers ("nappies" here in Liverpool), occasionally fighting each other and staring in wonder at the ceiling whenever there were announcements over the speakers (the gods were speaking!). It was funny and entertaining and really interesting. 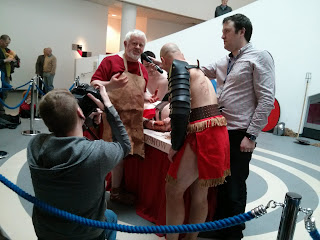 Jon and Jacob also went to a short demonstration by an osteo-archaeologist with a real skeleton from the Middle Ages (belonging to a blacksmith who managed to be injured quite a lot during his lifetime). The younger kids and I heard an a cappella choir called the Merseyside Madrigals, who were quite good (and one of the members was delighted to find that some Americans had heard them sing) and Zed and Phin heard a different a cappella group at another venue.

We also saw the Liverpool Town Hall, where people dressed for a 19th-century ball (ball gowns and wonderful suits and top hats) were singing and dancing and mingling. There was a lovely ballroom that would make a pretty awesome venue for a wedding reception. Or just a great party. 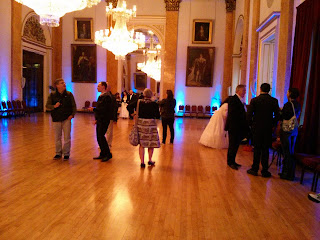 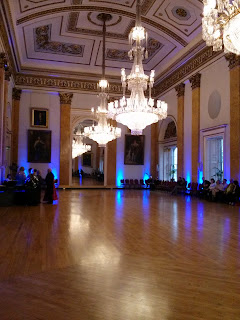 A couple more from the main staircase and inside the dome of the town hall. 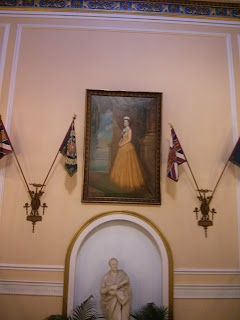 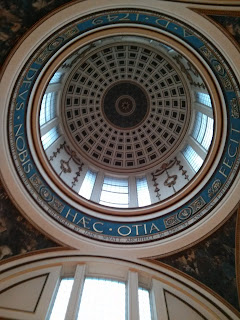 And Mira in a cool throne-like chair in the lobby area. 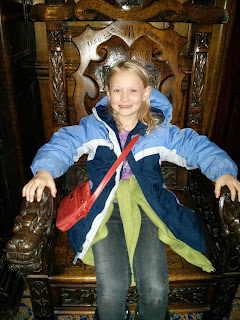 Our last stop of the night was at the newly re-opened (that day) Liverpool Central Library, which is really cool! There were thousands of people in the library that night.

Outside and inside the entrance, there are concrete tiles with titles of famous movies, books, musicals, etc. This is outside. 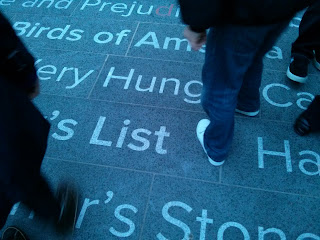 Mira and Lillian reading in the children's section. The kids are so happy whenever they can get their hands on books in English! 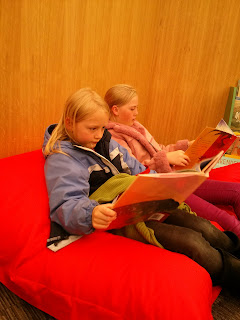 The view from the rooftop terrace at night. 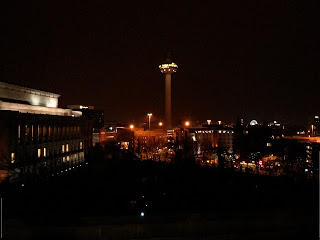 Awesome giant flamingo puppets that were walking around outside (people on stilts inside and controlling the heads with long sticks). 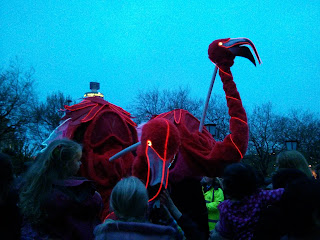 Once it got dark, there were some pretty cool animated projections (with soundtrack) on the outside of the library that the girls and I enjoyed a lot. Here's a video (not by me) of one book that was represented, Alice in Wonderland.

There were tons of things we didn't see, but I'm glad we saw what we did. It was fun!