Here are some other photos of our recent Liverpool excursions.

Erin waiting with me at the Queen Square bus stop: 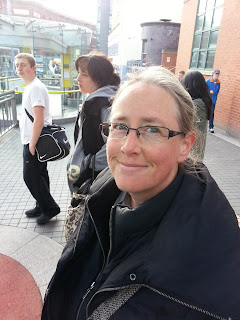 The Liverpool ward building and stake center of the LDS Church: 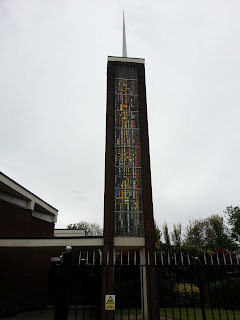 The former railway bike trail we walk on to go to church, and on this day we moved for the weekend to a different apartment because ours had been booked before we came along: 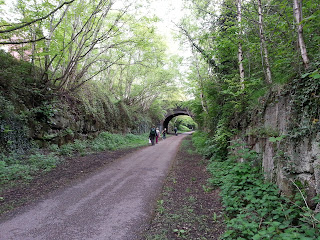 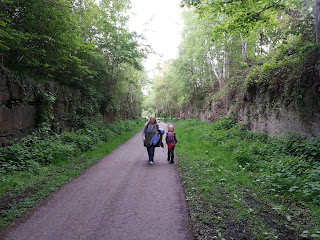 Phin eating a dry Weetabix and hunk of cheese for lunch with Zed napping behind him: 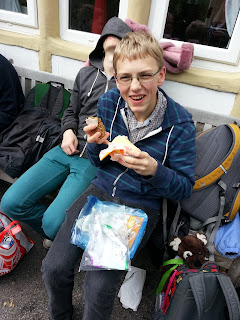 The LightNight Liverpool festival, with lots of public events. We attended the re-opening of the public library which has lots of open space, interesting architecture, and a public rooftop desk with a nice city view. We also went to late openings of museums and the town hall, etc.: 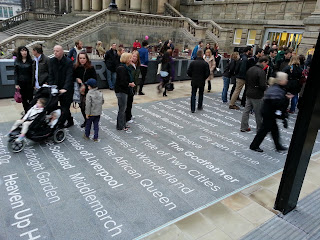 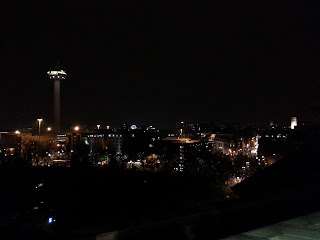 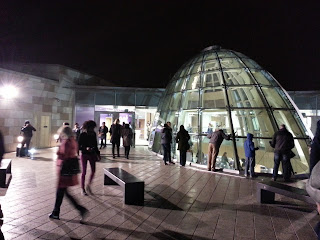 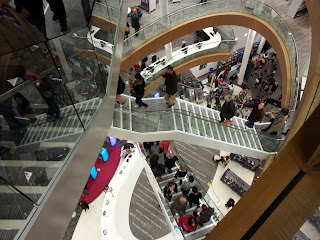 Mira and I saw dancing Chinese dragons on the street in front of the Hard Wok Cafe (really) accompanied by a crazy loud firecracker display, and around the corner some concrete guitar cases with labels naming famous Liverpool guitarists such as Paul McCartney: 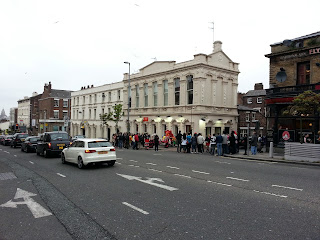 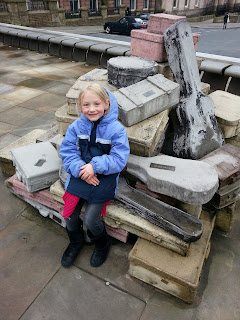 St Luke's church ruin that was bombed in the Liverpool Blitz: 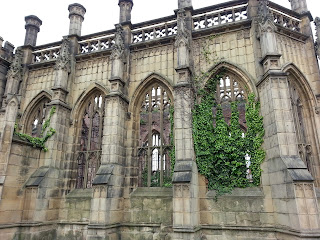 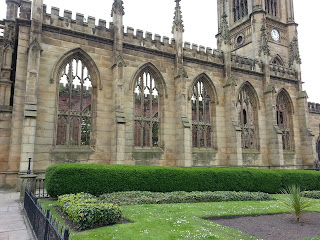 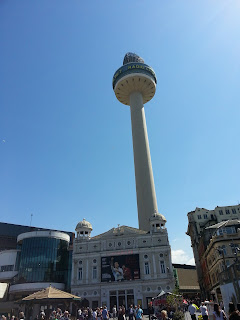 The Battle of the Atlantic commemoration on Saturday, with free tours of Polish, Canadian, and Russian ships: 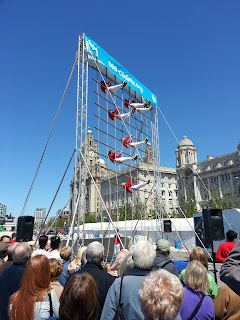 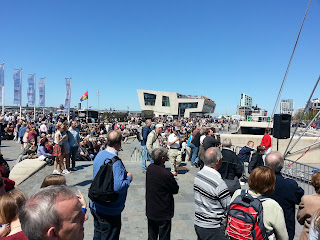 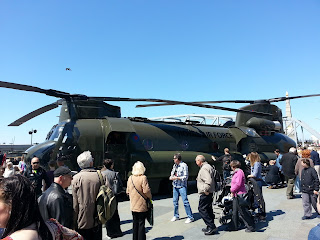 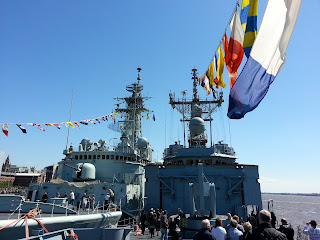 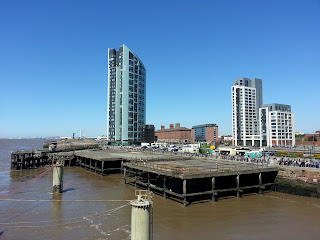 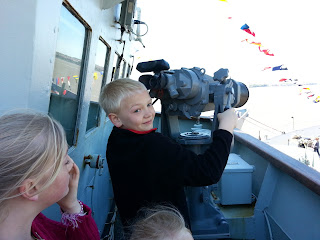 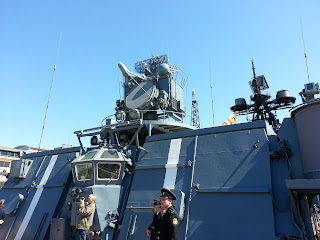 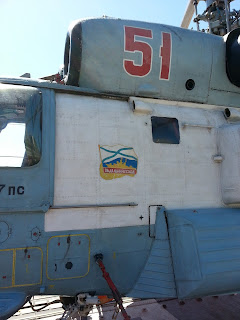 There's usually lots to do here!