Last week, Mira and I went to Burnby Hall Gardens, just down the road from us in Pocklington, where resides the U.K.'s largest collection of hardy water lillies. This was our first time going, because it costs money to get in and I'm cheap. But it has been recommended to us many times by locals, and with reason. It's really lovely.

See the white birds? They looked like doves to me and were really pretty. 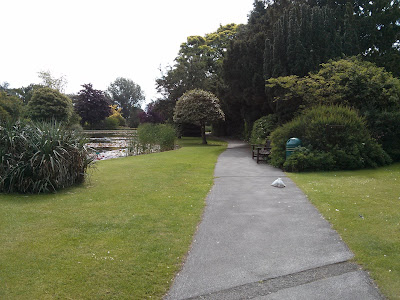 I failed to take pictures of the lake with all the lillies, but they weren't blooming much yet and we'll go back, so I'll get pictures then. There were certainly a lot of lillies, but also ducks and the feistiest goldfish I've ever seen. They were easy to spot roiling up the water along the edges. You can hand feed them! 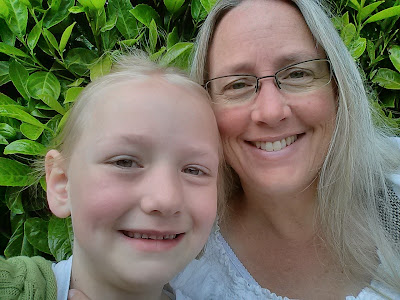 There were these cute, fuzzy ducklings, who kept climbing out of the lake right next to us. Mira's voice got pretty shrill while she was exclaiming about their cuteness. I admit that they were pretty cute! 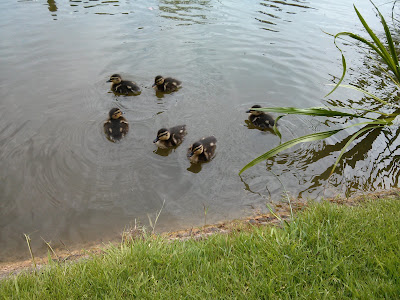 Behind the lakes, there is the stumpery, which is sort of like a rockery, but the foliage is planted in upturned stumps. The stumps form a ring around this little hobbit-y house: 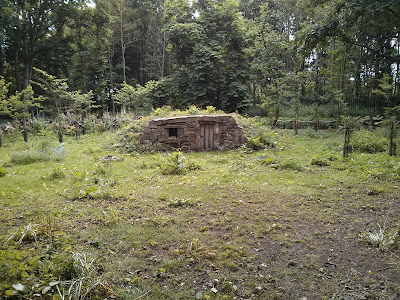 That door is maybe 2 1/2 feet tall. It's built into a little hill, so the top and back of it are covered in grass and flowers. I'm not sure what's it's supposed to be, but it was very intriguing. I guess stumperies were a Victorian fad and this one is still under construction (if you can call it that), so we couldn't go up to the little hut thing and investigate.

Here's Mira on the way out of the stumpery, which was secluded and hidden away inside a heavily forested area. 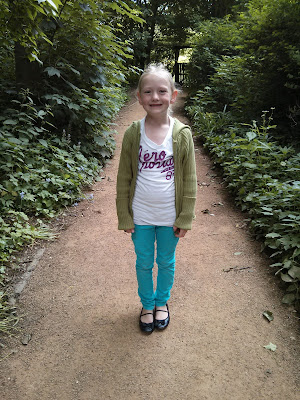 And then there was the rockery, which had lots of delightful winding paths and stone steps and a little stream running through it. 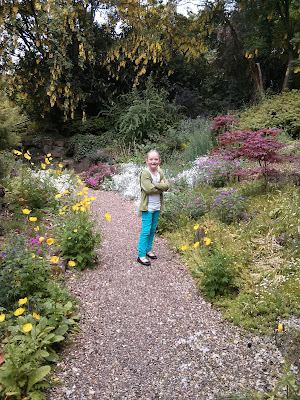 Would it be too much to ask to have something like this in my front yard? I love this! 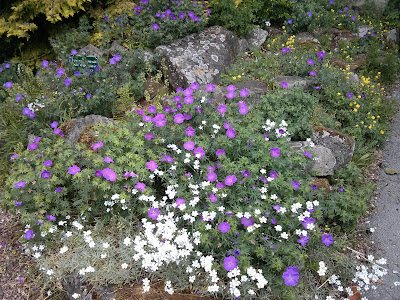 There was a lot more: a small aviary, a Victorian garden, a Secret Garden, and a small museum housing all the weird stuff Major Stewart, the creator of the gardens, brought back from his eight trips around the world. We'll be going back, and I'll take the rest of the kids and more pictures next time!