When we were in Berlin, we visited the Memorial to the Murdered Jews of Europe a couple of times, and it really made an impression on me.

The memorial takes up a large city block, and as you approach it, there's not much to see. It just looks like a bunch of concrete rectangles of the same width and depth but of different heights, not very tall or imposing. Some of the blocks on the edge are even flush with the pavement. 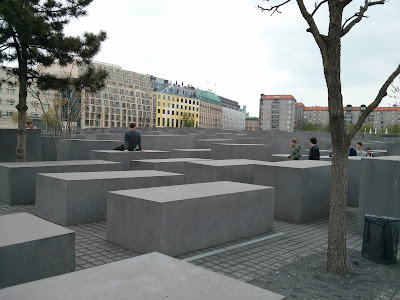 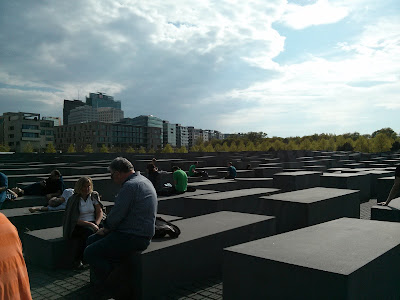 But as you come up alongside it and look down the rows, you see that the ground slopes down and the blocks get very tall. 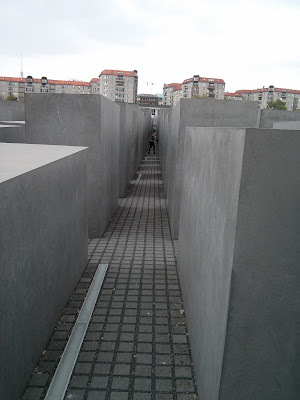 You can walk around inside the memorial, and it feels pretty weird. Oppressive, dark, cold, disorienting. 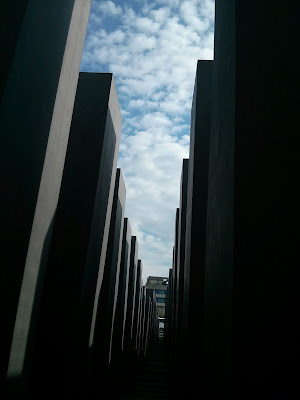 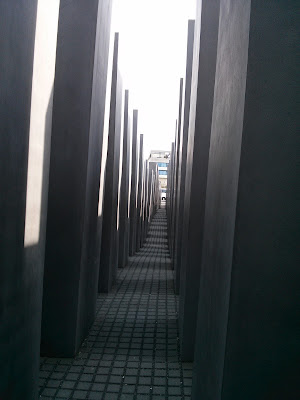 Some people think the blocks are like graves, but I thought they were more a representation of the laws and orders and dangers that slowly engulfed the Jews until they were buried so deeply in the oppression that they could disappear in huge numbers without much comment from anyone. Those orders might have seemed like inconveniences at first, but they got progressively worse until there was almost nothing they could do to defend themselves. 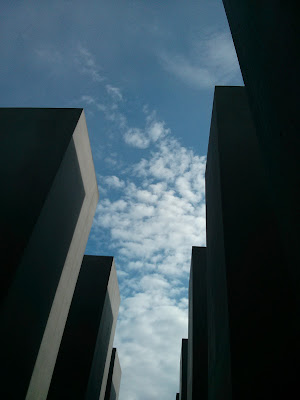 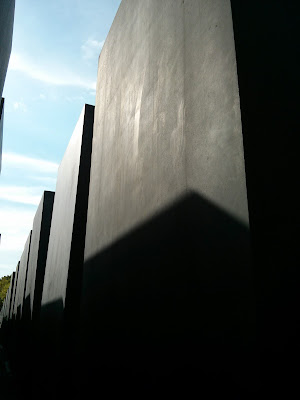 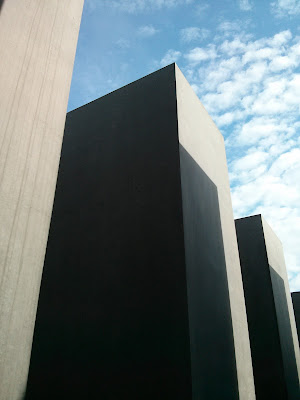 It's a pretty powerful monument, I think. I'm glad I could go there twice in the few days we were in Berlin, once with the whole family, on the free tour of Berlin, and once on the last day, with Jacob, Lillian, and Seth. 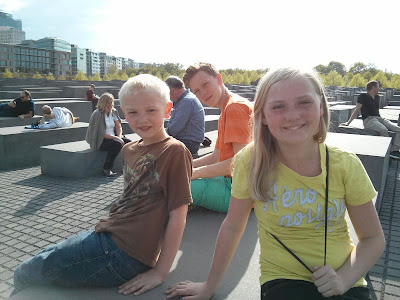