In Dresden we lived in the area called Leuben, close to Kleinzschachwitz in the east, and near the Elbe River. It was a nice quiet neighborhood, with the exception of the streetcars going right by our house, which was convenient when we wanted to go somewhere.

Shortly after arriving, Zed and I went for a run and walk along the Elbe and had fun getting to know the wilder edge areas of Dresden that I'd never seen before. Here was the river and large greenbelt across from Schloss Pillnitz: 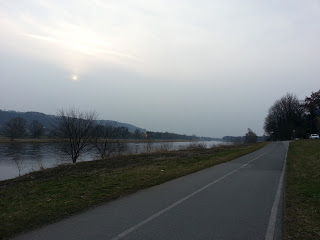 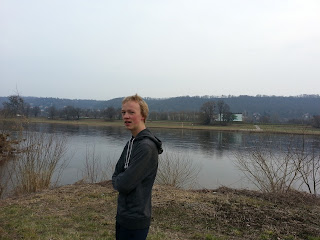 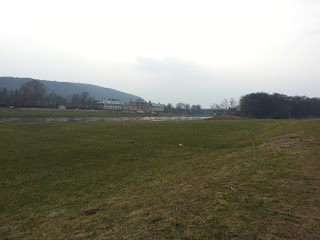 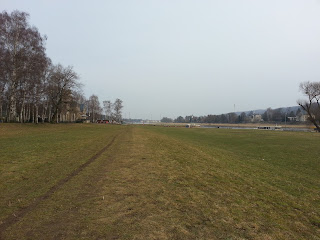 We were delighted to see rail tracks for moving boats from a sailing club down to the water! 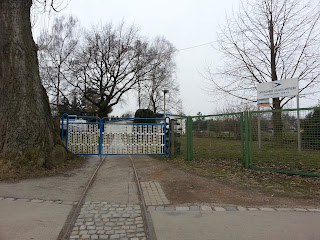 And then we just kept going because there was so much land to see, and we came upon the most retro space-age creation in the area, which I presume is water filtering plant, right on the border between Zschieren (part of Kleinzschachwitz) to the town of Heidenau: 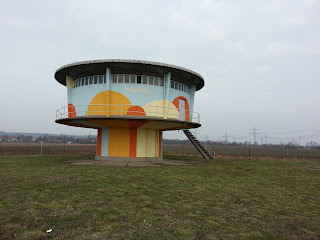 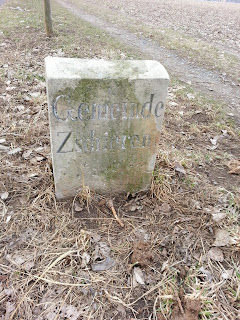 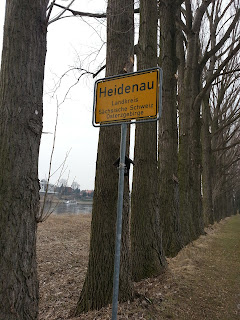 From there we could see the Osterzgebirge (East Ore Mountains) off to the south, leading into the Czech Republic. But we had to stop and turn around at some point before we burned out. Our run/walk was about 8 miles by the time we were done.

Back in Dresden's old town, I was pleased to see Dresden's iconic Communist mural to the arts on the Kulturpalast (Culture Palace) was still there, though covered by a net perhaps because at least one piece had fallen off: 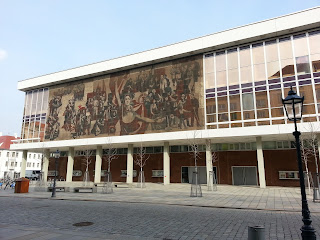