Lillian, Seth, and I went out around Liverpool one day to see various war memorials and the Walker museum, where we saw much statuary, paintings, the Loophonium (see someone else's short video of it): 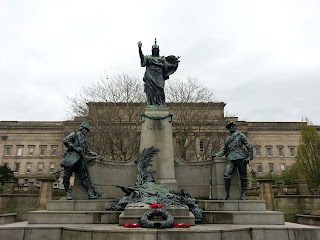 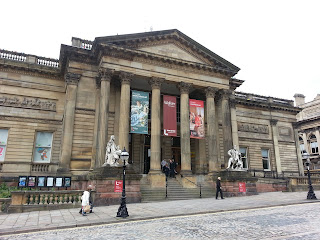 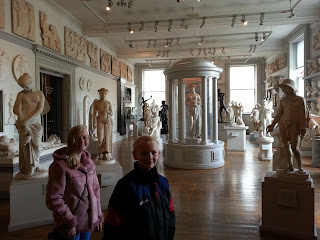 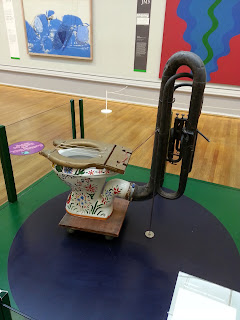 One of the most surprisingly moving pieces for me was a 10-minute silent video presentation from 2002 by Bill Viola called Observance. He said he based it on The Four Apostles panel painting finished by Albrecht Dürer in 1526. I didn't know that when I was watching it, but the framing, slow movement, and color saturation all point back to The Four Apostles. I really liked it. This short 1-minute excerpt from Observance gives a feel of what it's like, though the short excerpt can't show much of the interplay between the grievers. See the Artsy.net Bill Viola page for more of his work.

We also saw the Liverpool docks: 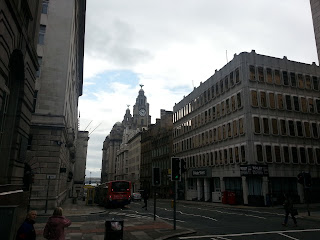 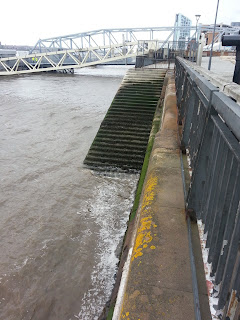 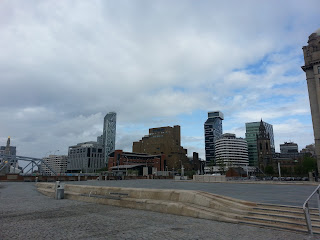 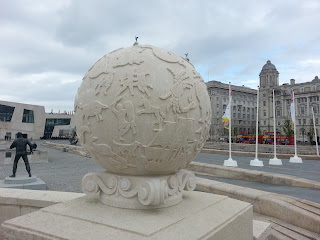 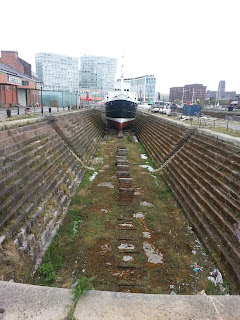 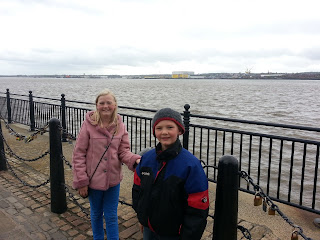 There was a monument commissioned and donated by the LDS Church to commemorate the many families who left Liverpool on ships for America: 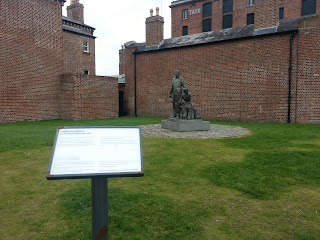 Our favorite street sign reads "Humped zebra crossing" but refers not to a rare animal breed but rather to the raised striped pedestrian walkway! 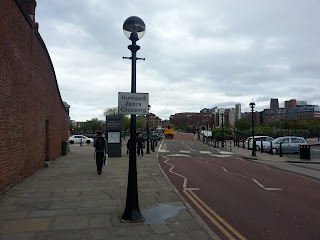 Next we toured the Liverpool Anglican cathedral, and right below it, the St. James Cemetery which is now a park. 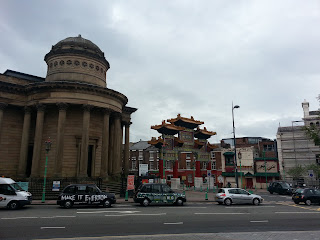 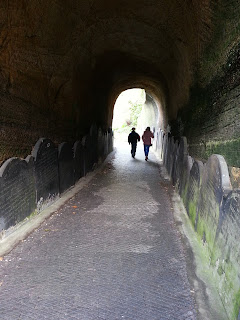 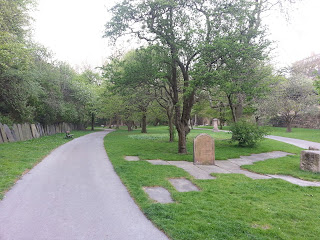 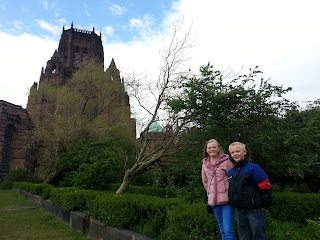 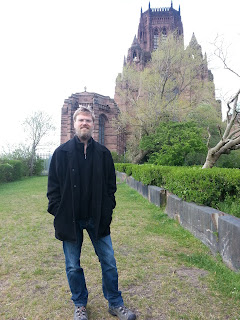 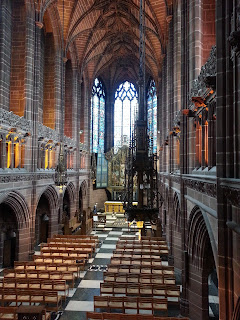 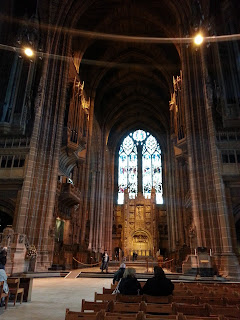