This past Monday our friend Jeff Walsh from the York 2nd Ward took Phin, Lillian, Seth, and me on a hike in an amazingly lovely part of the North Yorkshire Dales: Gordale Scar and Malham Cove near the village of Malham. Later I found this description of the walk that closely matched the route we took.

We started at Janet's Foss with a small waterfall and pool: 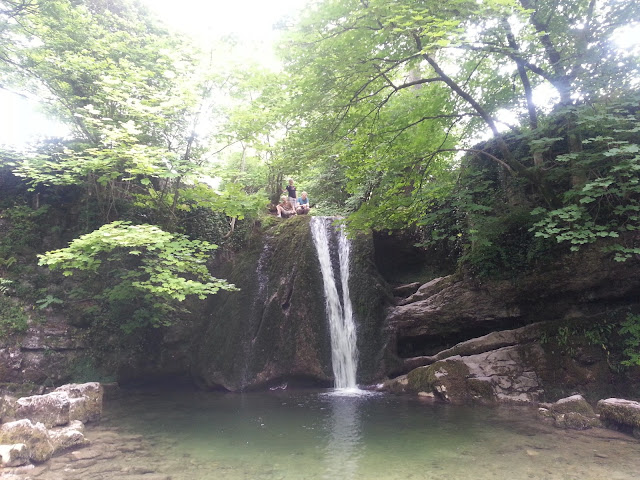 Phin did some kind of abortive breakdancing routine by what looks like a farmhouse ruin: 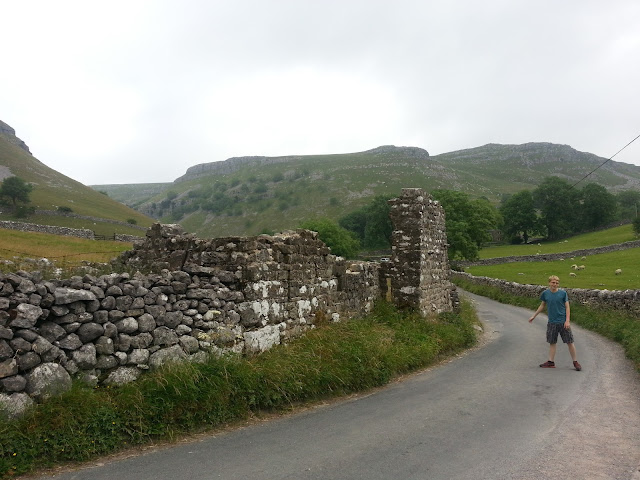 After a short walk we were already at the amazing Gordale Scar, climbing up the left side of the waterfall up the canyon, back down to where the waterfall goes through a hole in the rock, then up some stone stairs to the best grassy hills these sheep could ever hope to live in: 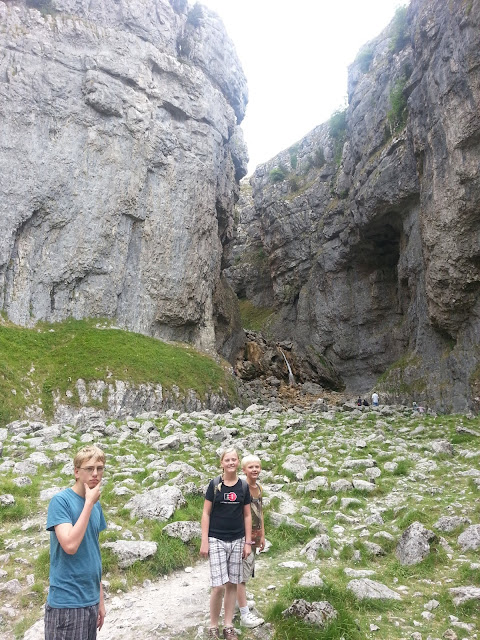 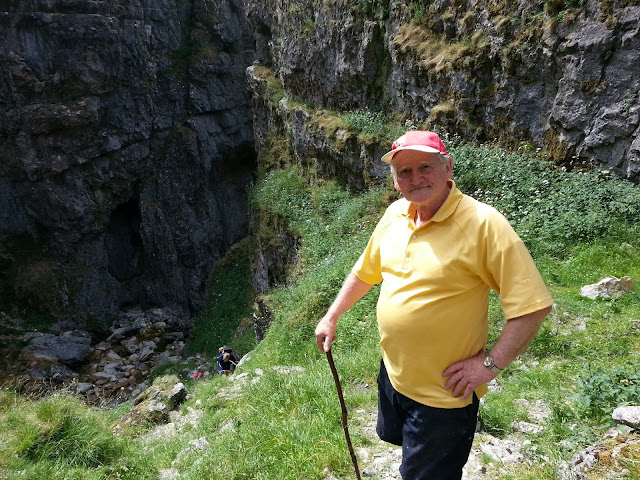 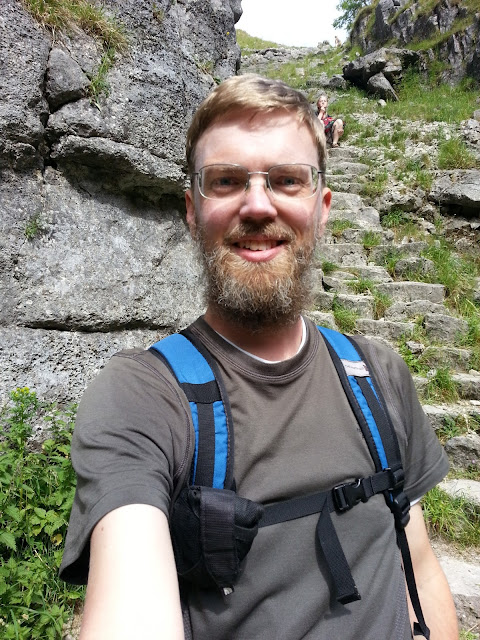 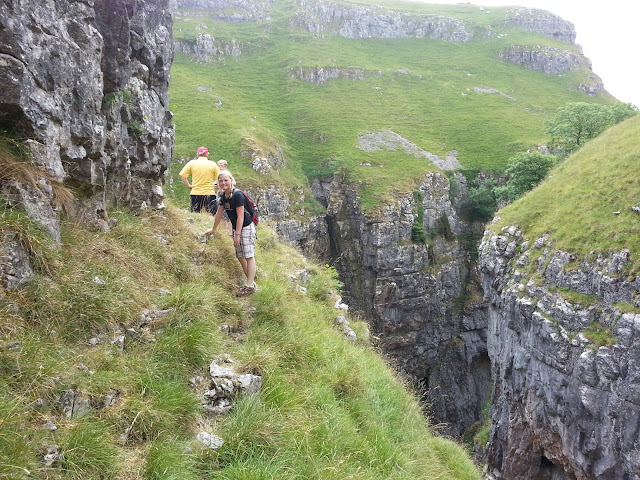 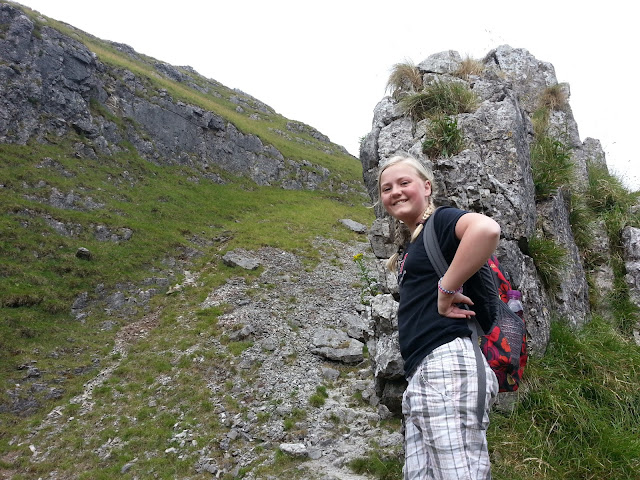 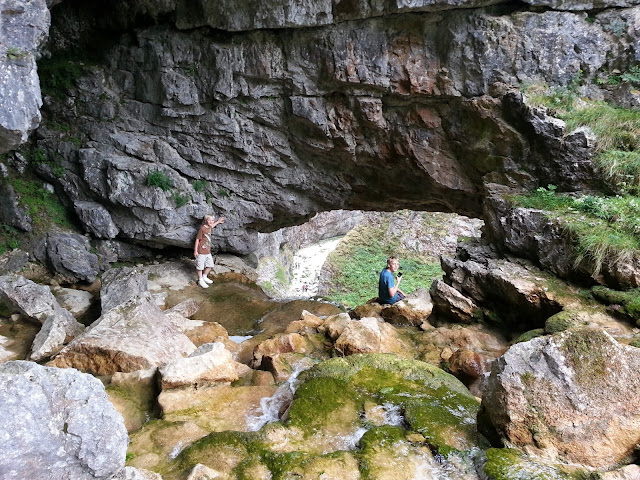 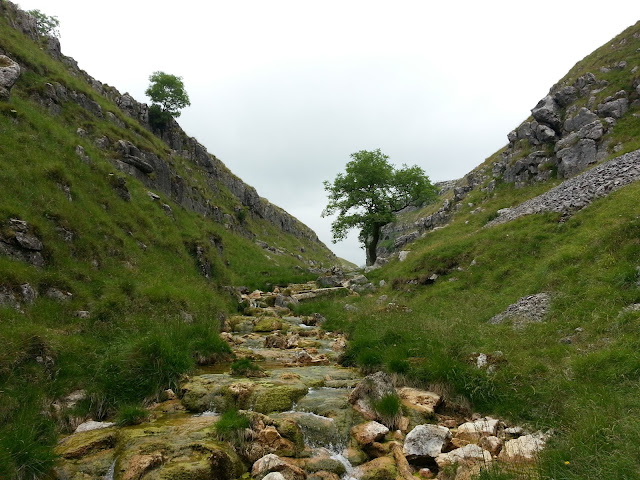 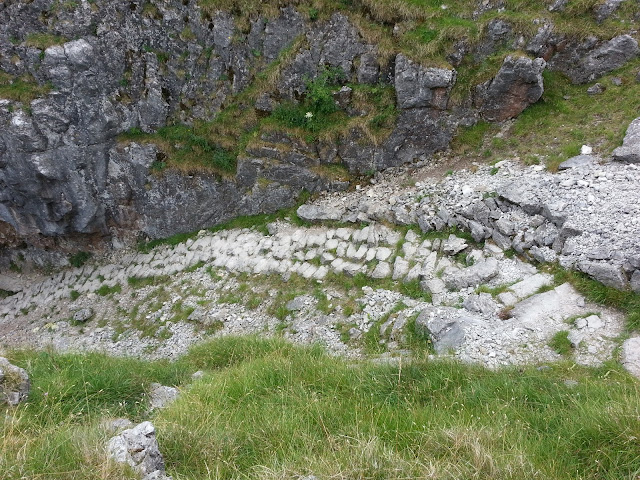 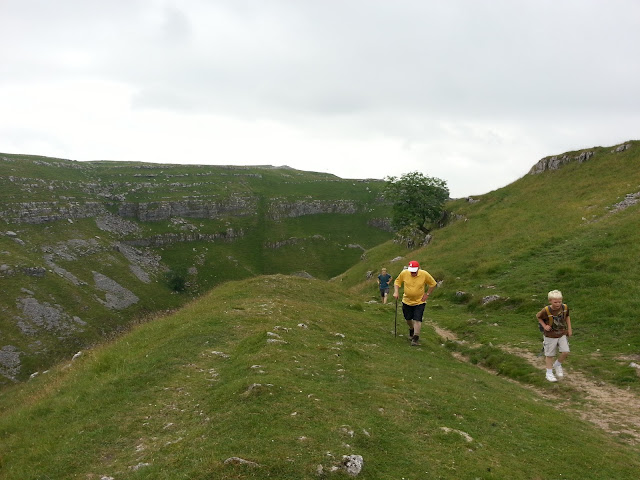 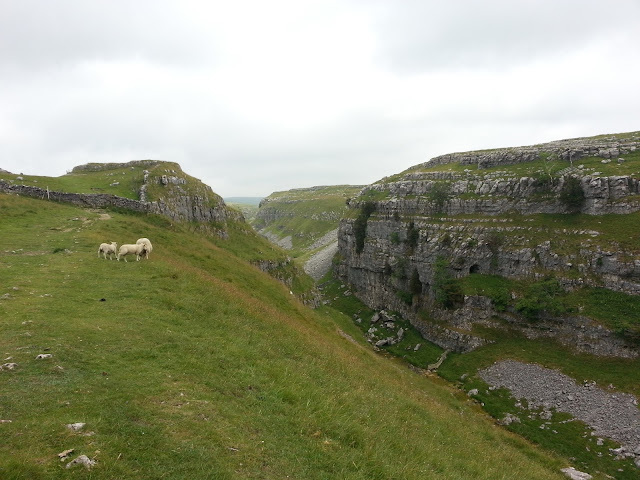 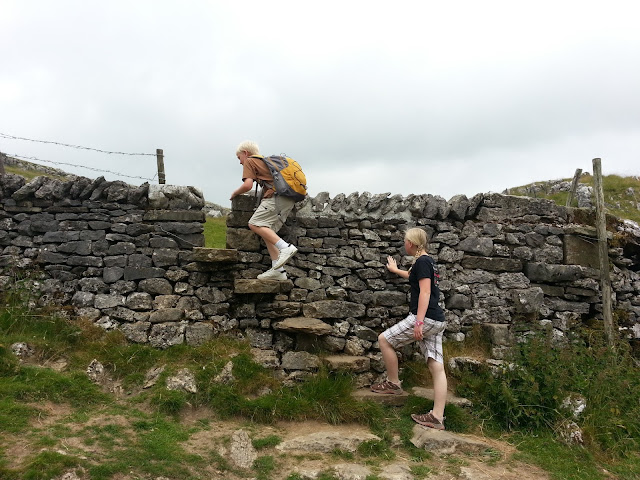 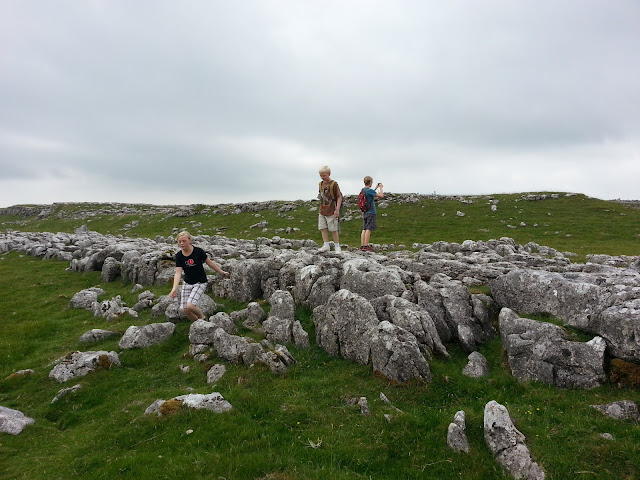 Up top we walked to a pool that fills from a stream out of Malham Tarn, farther up, where the pure waters flow: 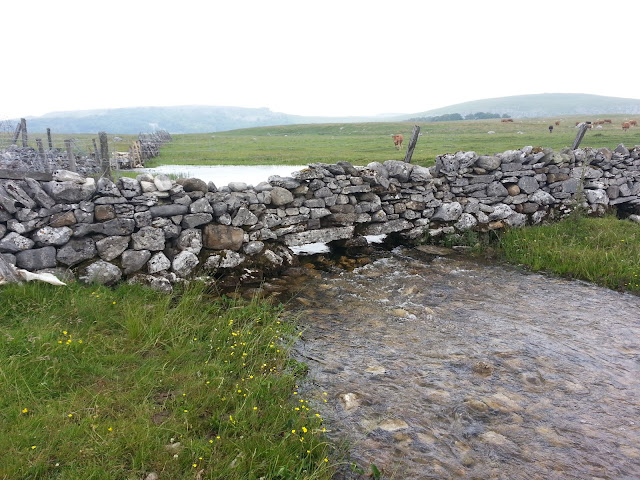 Then we started heading down the other side over scattered stones, past stone walls: 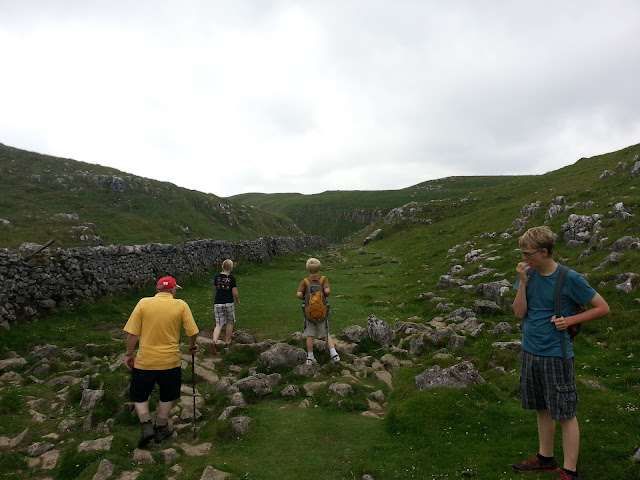 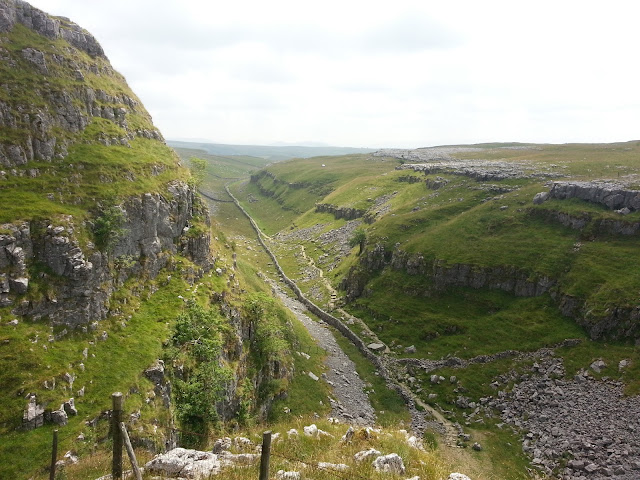 And then we came to the top of Malham Cove and the "limestone pavement", the neat stone with gaps and grass growing through it, which was site of filming in Harry Potter and the Deathly Hallows (Part 1), one of the places Hermione and Harry travel to: 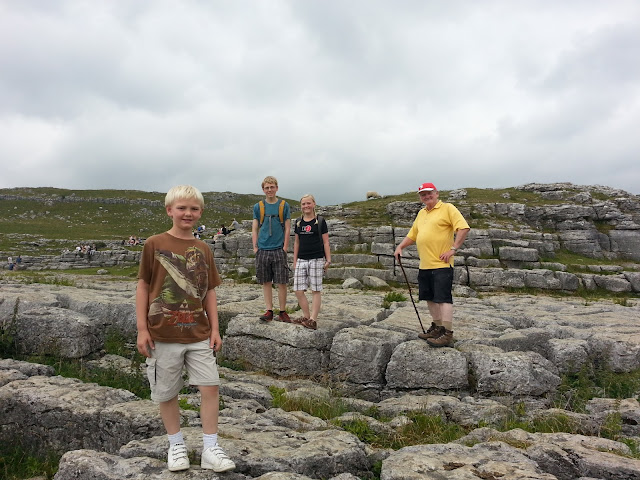 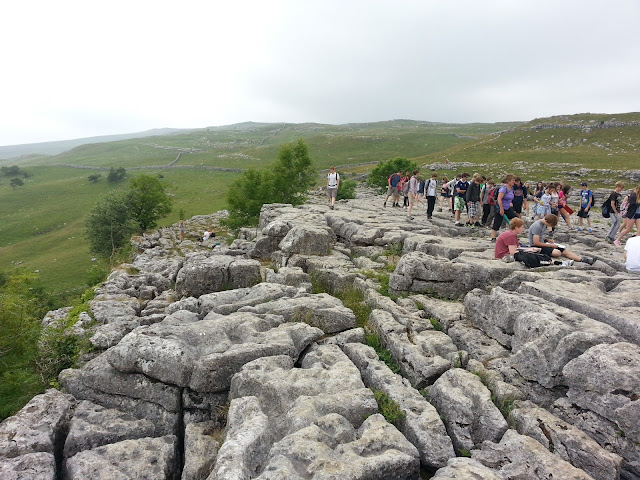 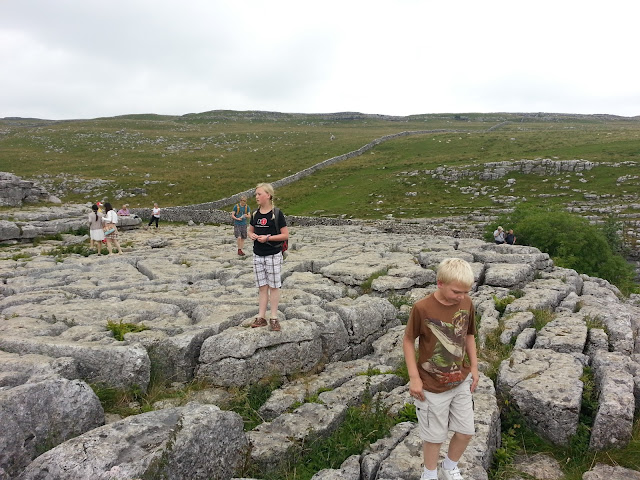 This appears to be a clever open gate that allows sheep through but not cattle: 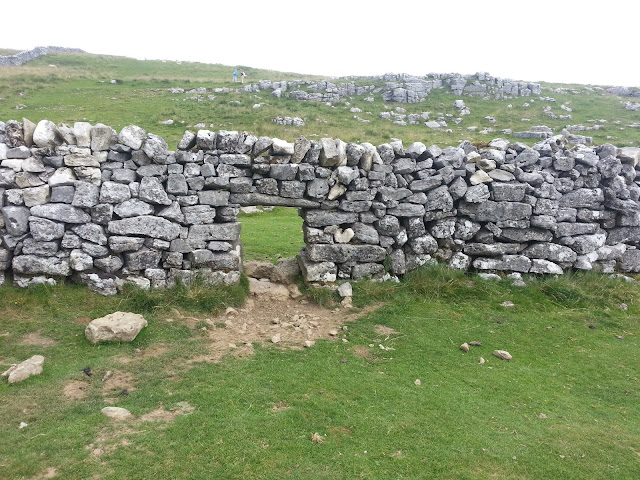 Malham Cove ends in these high cliffs below the limestone pavement: 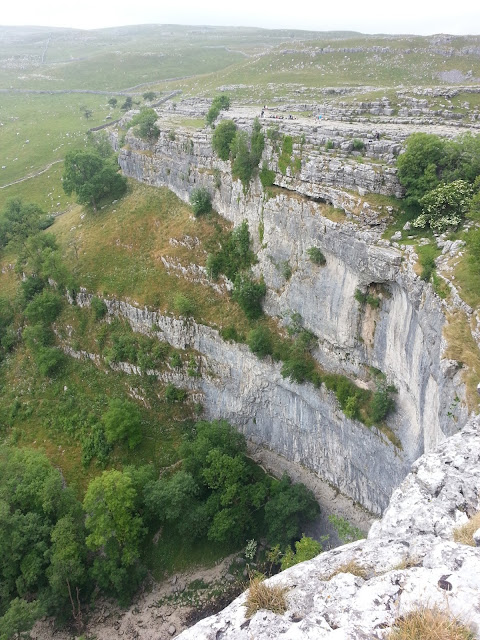 All along the way were sheep, just as uninterested in sticking around to talk to us as ever: 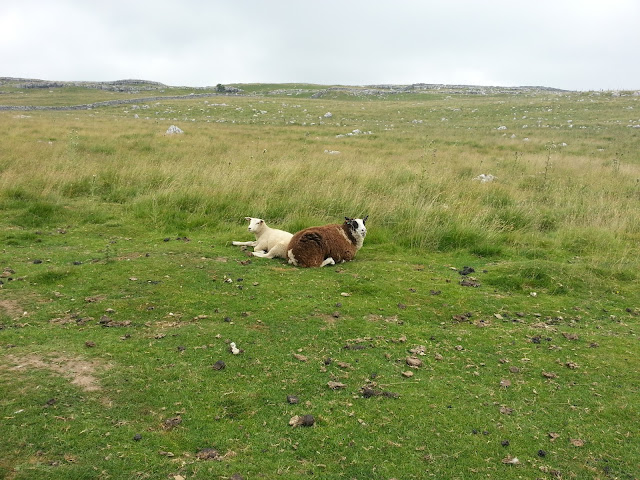 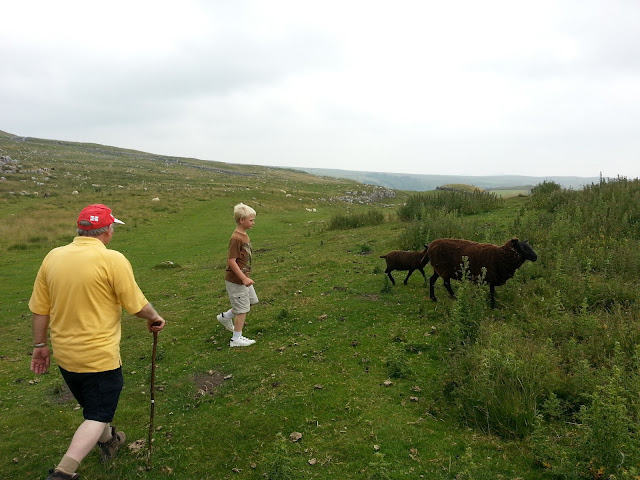 And the fields divided by stone walls as we walked back to the car: 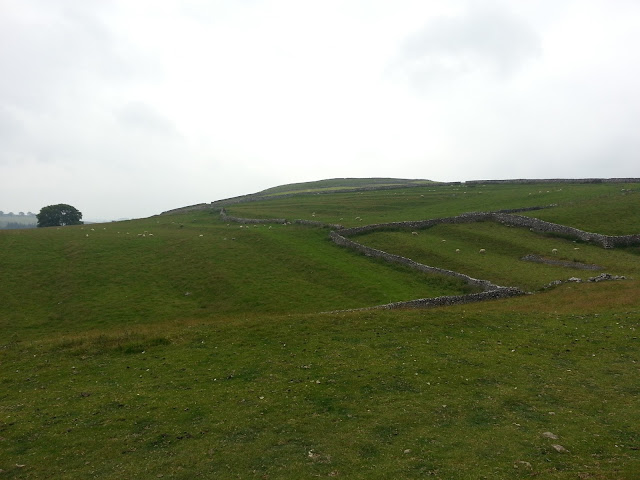 It was a great hike and we are so glad Jeff told us about it and took us! Jeff reckons he has been there over a hundred times, and it's easy to see why.