In our Mormon ward (congregation) at home, we have a British friend named Betty. She came to the U.S. after World War II to marry her sweetheart and ended up in the mountains of Idaho, where she has lived ever since. When she found out where we were in England, she told us about her brother John, who lives about 30 miles from us in Seamer, near Scarborough. She commenced calling him and us, back and forth, until she had arranged for us to visit him and his wife Vivienne. We just had to get to the Seamer railway station and John would pick us up and take us to his house, in two trips because we're a small crowd.

We took the bus to York, then the train to Scarborough, where we wandered around the beach and the castle walls for a few hours (Jon wrote about Scarborough here), and then we took the train a few minutes inland to Seamer, where John was waiting for us. We knew who he was right away, because there's quite a family resemblance to Betty!

John and Vivienne's house is at the end of a very narrow, winding lane that ends up right next to the very train tracks we'd just been on, just a little further inland. Their house is called The Hobbits! Isn't that great? When Betty told me on the phone what the name of their house was, I was sure I'd heard wrong, but no, it's really called The Hobbits. It is a lovely home that used to be two cottages and has since had much renovation. Here are John and Vivienne at the back of their house: 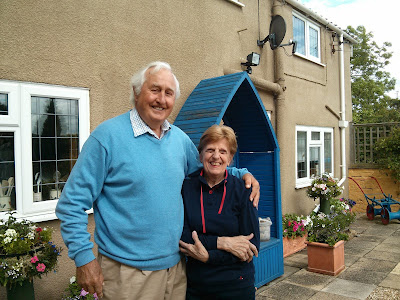 Their back yard is beautiful! At right, towards the back, you can see the bamboo screen that encloses a Japanese garden they started last year, and just to the left of that, you can just see the roof of the little summer house where we talked and had afternoon tea. 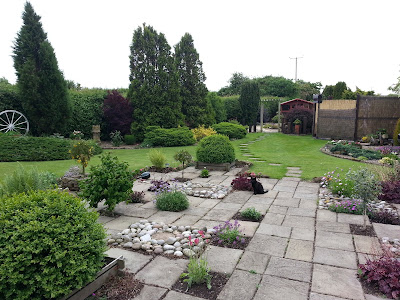 This is from inside the summer house. The kids were delighted with the three-legged cat, who didn't return their interest, except that she really liked Zed, for some reason. 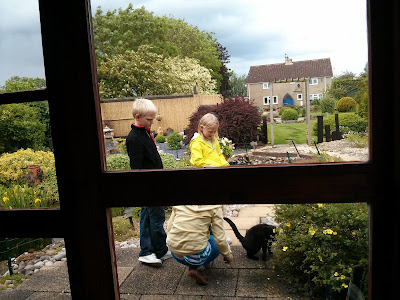 More of the back yard looking towards the house. 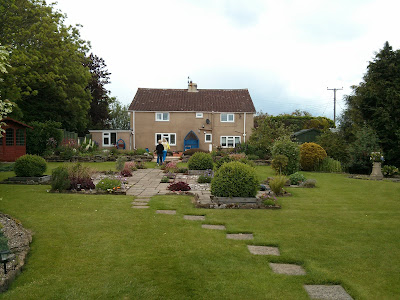 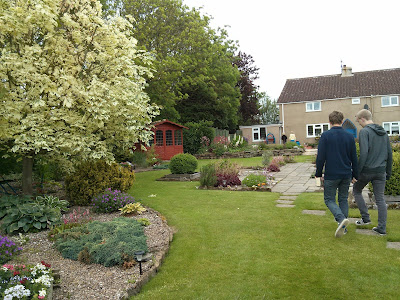 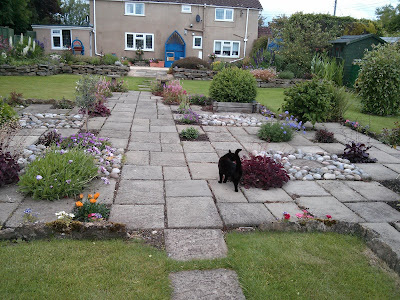 Looking at the summer house. They have several beautiful Koi in the pond and lovely waterfalls. 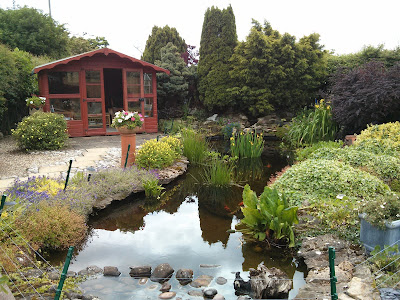 Vivienne made all kinds of delicious food for us -- sandwiches on rolls, a cake, brownies and caramel shortbread, and lemon and berry tarts. We carried the food down to the summer house and had a good, long conversation about all kinds of things. There were several downpours while we ate and talked, but we stayed dry in the summer house. John was in the military and they have lived all over the world. Vivienne started painting beautiful watercolors in 2004 and I wish I had taken some pictures of them! They are both fascinating people and there was never a dull moment during our stay. 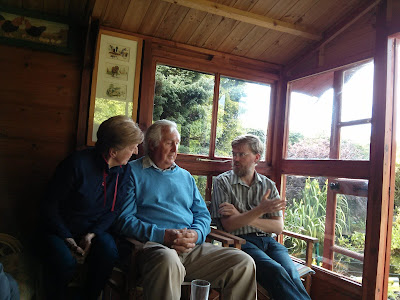 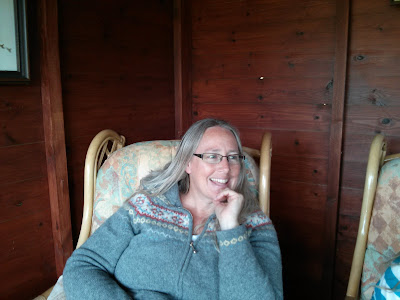 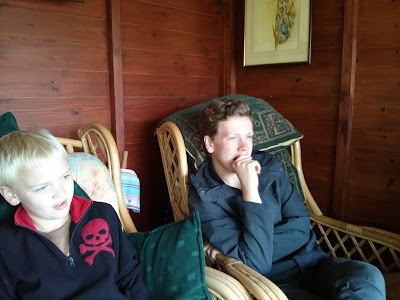 I like this picture (taken by Mira) because you can see Phin through the window of the summer house. 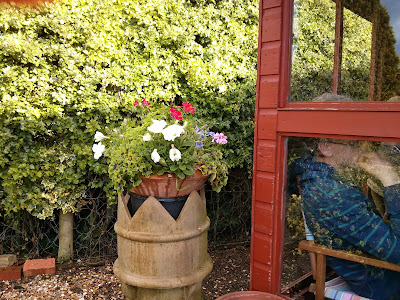 And to finish, more random pictures of the yard, which is called a garden in the UK, by the way. 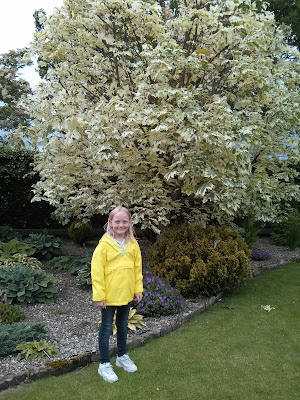 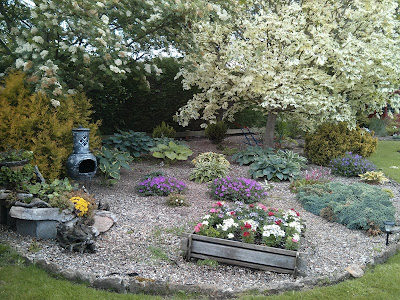 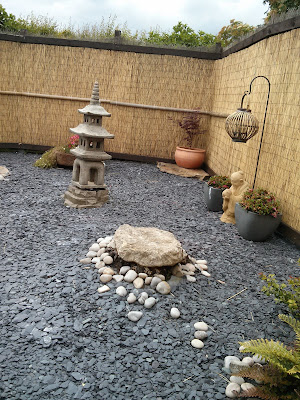 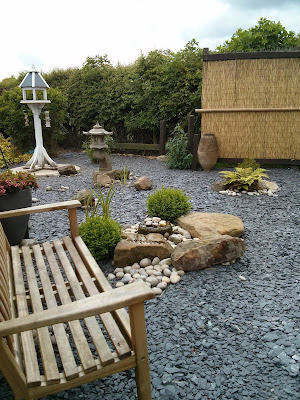 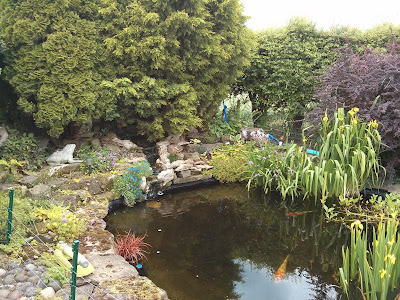 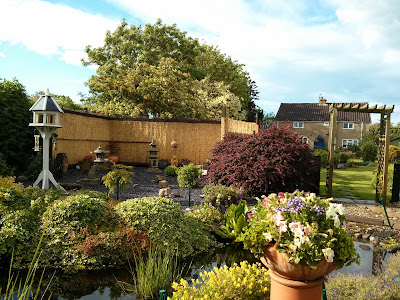 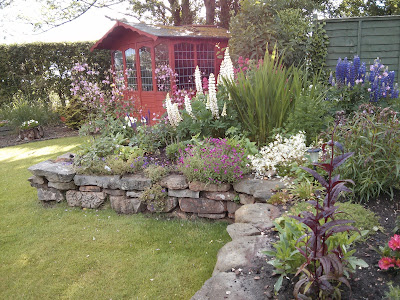 I'm so grateful that Betty went to the trouble to arrange our visit. It was really a wonderful afternoon with John and Vivienne. I wish we could bring Betty over to visit!