I knew before we came to England, in a vague sort of way, that the Romans had been here. I knew Hadrian's Wall was built by the Romans and there was something about roads, as well. But I didn't really know until we got here to York and started to see Roman stuff. Parts of the medieval city walls were built onto Roman foundations that surrounded the city, called Eboracum then, until the 4th century AD. Constantine the Great, the first Roman emperor to convert to Christianity, was declared Roman Emperor here in 306. There's a statue of him next to the Minster, which is also built on the foundations of the Roman fortress. So, yeah. OLD.

I'm not getting tired of the old stuff. I love it! And now, pictures. (I'm trying out bigger photos. Tell me what you think!)

Our historian tour guide Gordon in front of one of the corner towers of the city walls (there are free tours of York by local historians three times a day). The rougher, smaller bricks in the bottom two-thirds or so, including the red horizontal stripe, are Roman. The bigger blocks and arches above are Medieval (from the 1200s, I think). At the foot of the wall, you can see a Roman coffin made from stone, brought from outside the city walls and just lying there for us to look at, climb on, whatever. 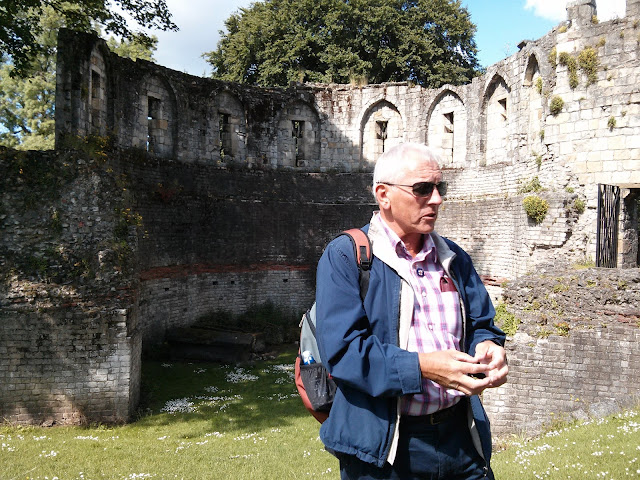 City wall with obvious differences between Roman and Medieval, and coffins at the bottom. 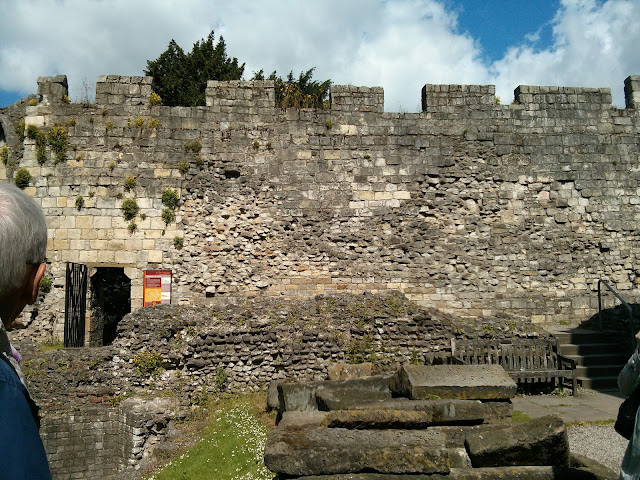 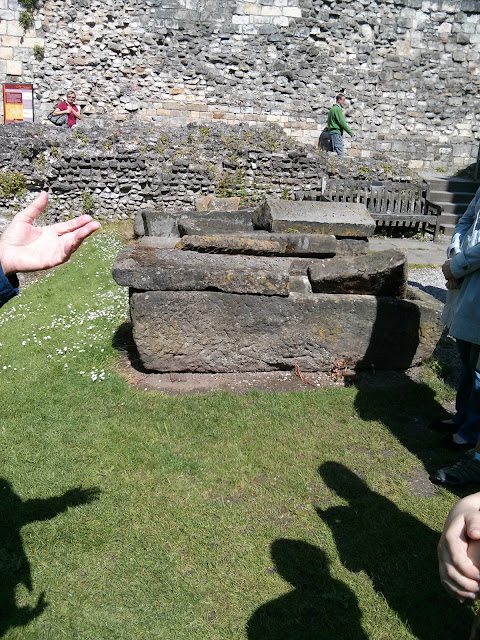 Seth near the excavated Roman walls. You can see behind him the current street level, which is several feet above what would have been ground level in Roman times. Large portions of the Medieval city walls are built on top of these now-buried Roman foundations, most of which have not been excavated. 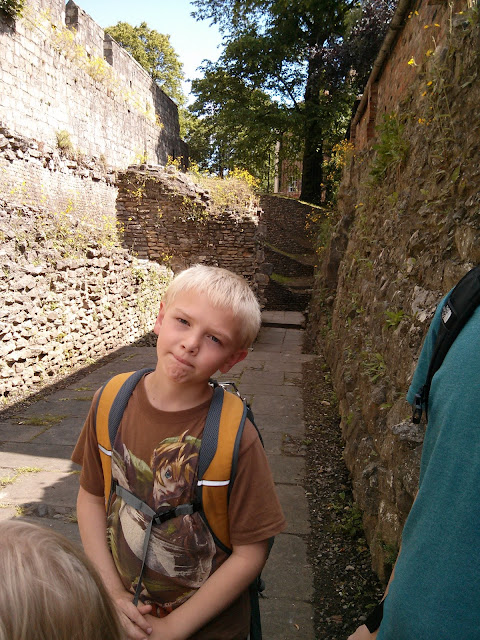 Jon and I came across this while walking the city walls. It's the foundation of some part of the Roman fortress. 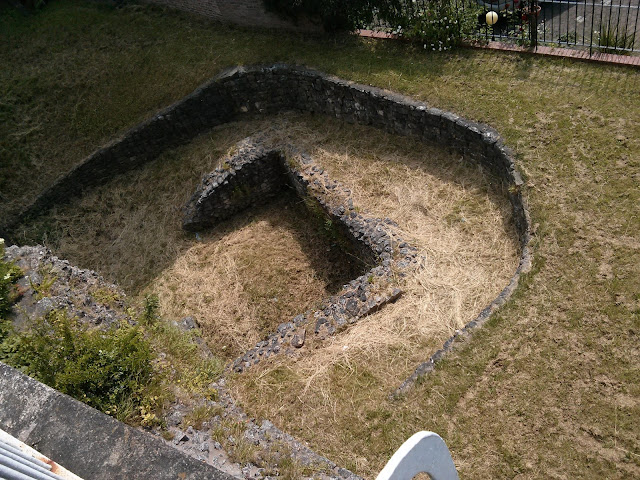 And here, according to our tour guide, is the oldest thing in York. It's a petroglyph brought from somewhere in Yorkshire. It's just sitting outside the Yorkshire Museum. 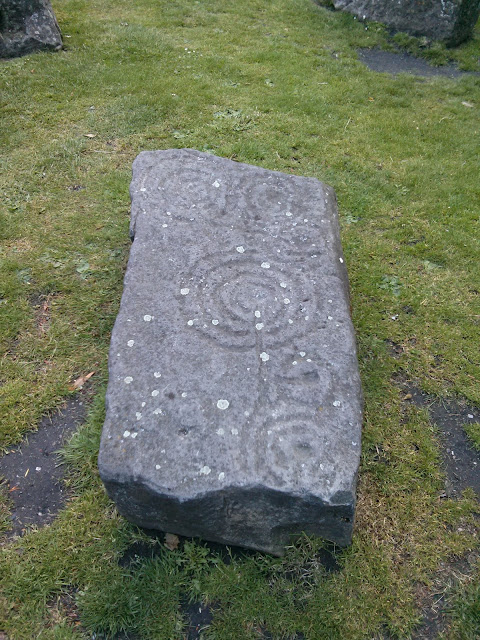