The Plovdiv Regional Ethnographic Museum is really close to us. Like it takes less than five minutes to walk there. So I don't know why it took us so long to go, but we finally did, and it was cool.

First, the kids had fun in the courtyard. 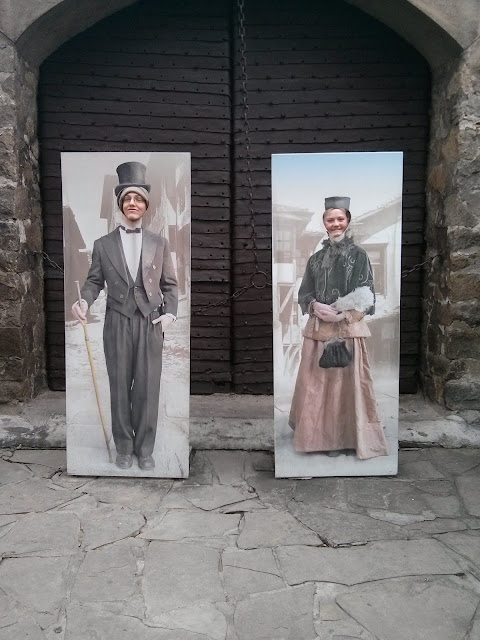 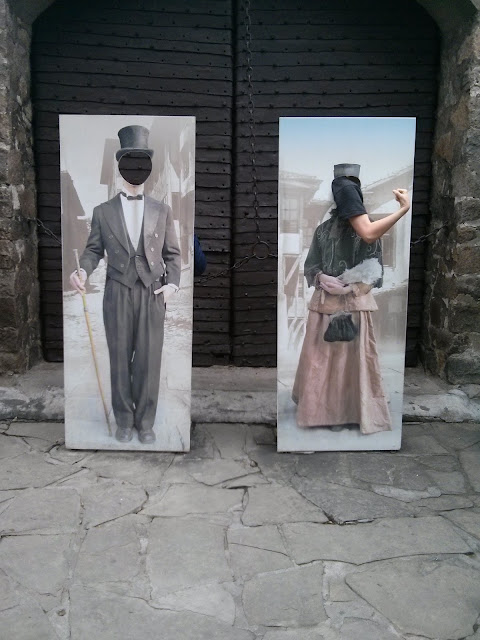 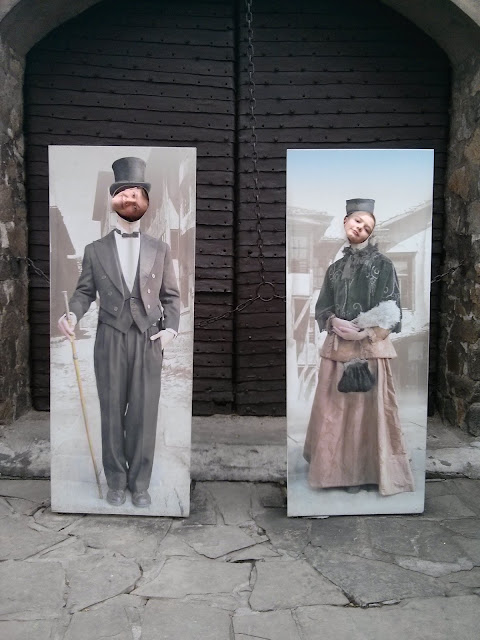 This is a huge, beautiful painting in the very large entry area. 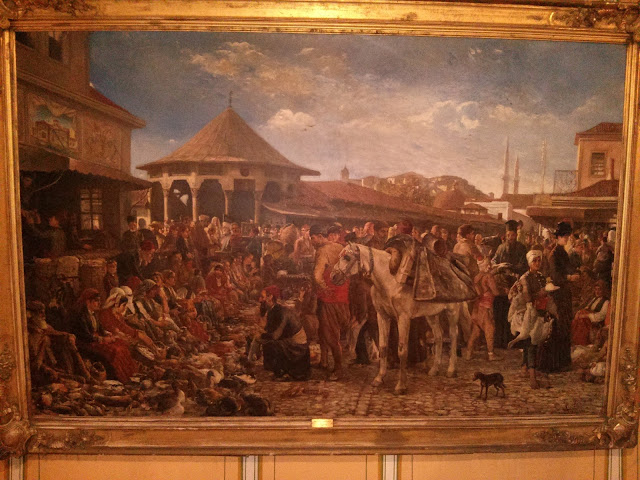 From the second story windows looking out into the front courtyard. 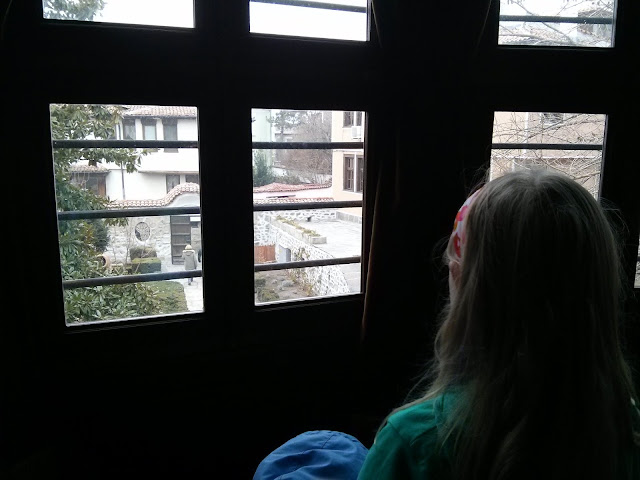 I took tons of pictures of traditional costumes. They are so colorful and varied and have beautiful hand-knit socks and intricate scarves and sashes and all kinds of fancy braiding. I'll spare you all of my pictures of that stuff, though. Here's just one. 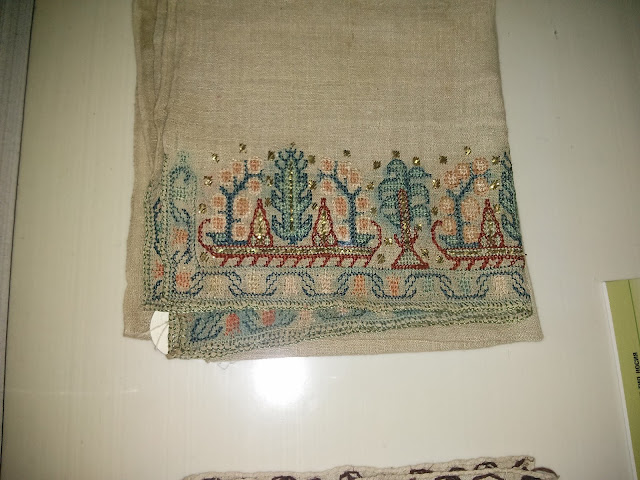 I think this is a typical rich person's Revival-era room. 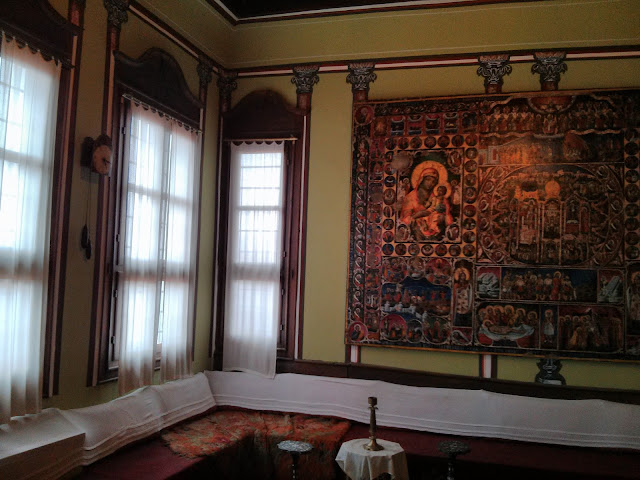 Mira with some awesome rugs. 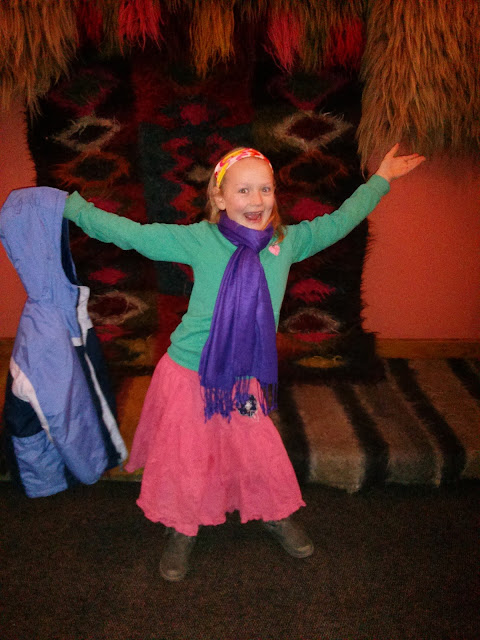 The kids exhausted after exploring the whole place. (Not really that exhausted. They just liked those wide window seats.) 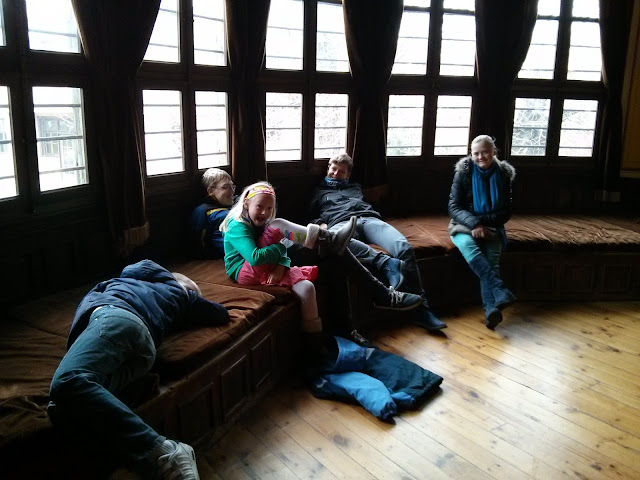 From the front courtyard of the museum, which is a house that was built in 1847 for a wealthy merchant. The tower is the bell tower of Св. Св. Константин и Елена (Saints Konstantin and Elena) church. 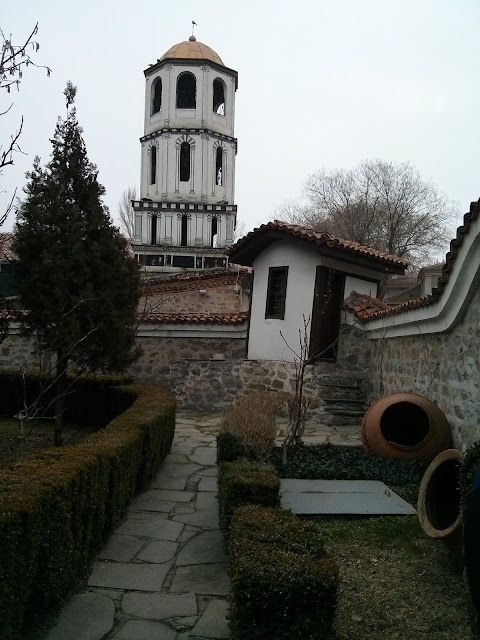 Saint Konstantin is none other than Constantine the Great, who was the Roman Emperor who converted to Christianity. It still blows my mind that he was declared Emperor in York, England. At about the same time that he was building a cathedral in York, he was also building a cathedral in Sofia, which we saw when we visited. Only the foundations are left, but both sites have cathedrals there now -- York Minster and Sv. Sofia -- and have preserved the foundations under the newer cathedrals. Saint Elena (or Helena) was his mother. They are both saints in the Orthodox Church.