Get ready for pictures! Yesterday the sun was visible for the first time in a long time, so we got ourselves out of the house for a while. Our intention was to go to a museum with an original Roman mosaic floor, but it was closed, and I'm so glad, because instead we went to the Roman Theater for the first time and it was a glorious day for it!

We had seen the theater from outside several times, but this was our first time going in. In case you don't want to read the Wikipedia article linked above, here's a short run-down: in the 1970s, presumably while digging and building a tunnel under two of Plovdiv's main hills (a main road runs through the tunnel now), there was a landslide on top of the hills, which exposed some of the seating of this 7,000-seat Roman theater built around 100 AD. It was excavated and restored to some degree -- the restoration makes obvious the difference between original and new pieces. It's now used again for concerts and operas and such, but unfortunately not at this time of year.

Now to the pictures...

On the way up to the stadium. Every one of Plovdiv's hills has multiple ways up, including roads, stairs, trails, alleys, you name it. 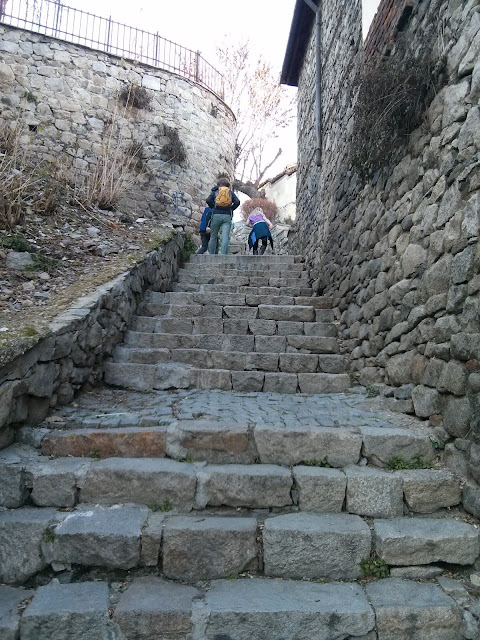 Look at it! It's amazing to think this was all under dirt just a few decades ago and nobody knew it was there. 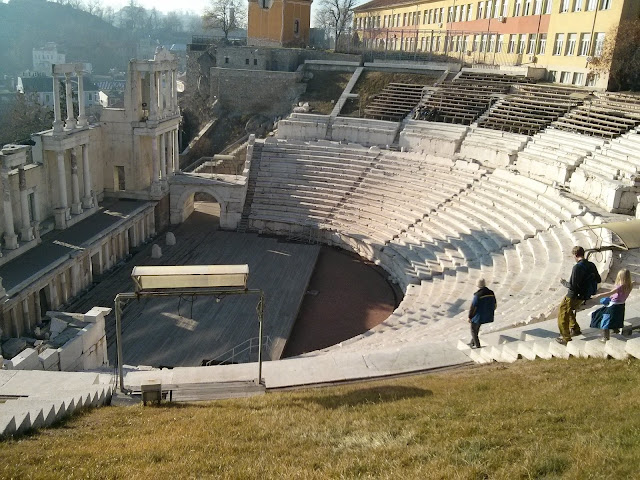 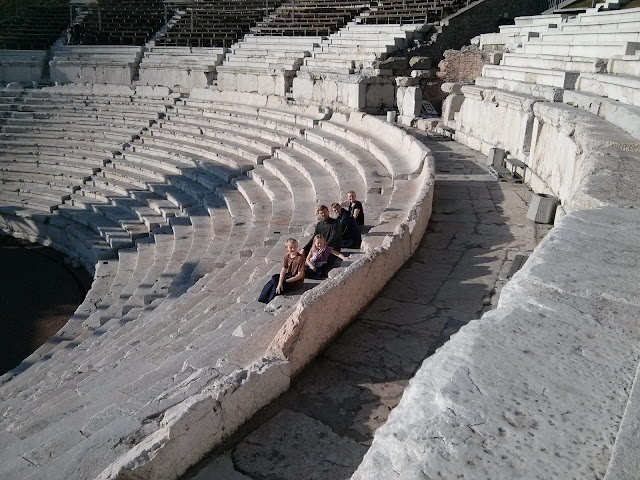 The concrete steps at the top of the theater eventually run into original steps. These are very steep and shallow -- maybe six inches deep and at least a foot high. My feet are on a new step and the two below are original. 1900-year-old steps! 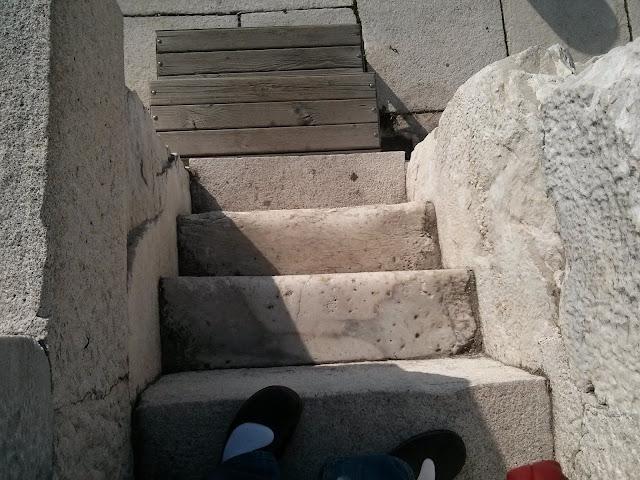 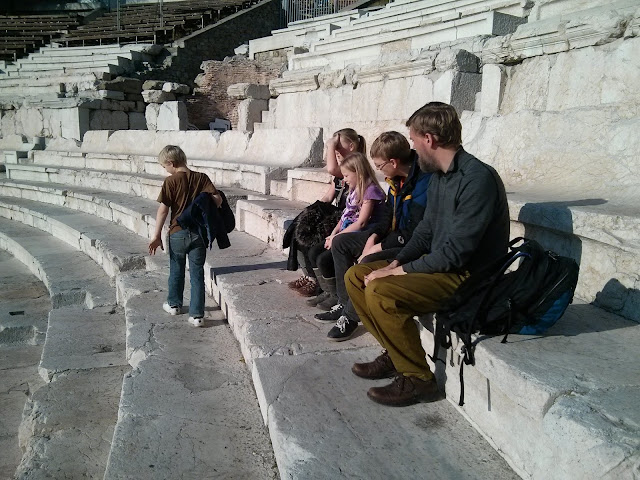 The stage is wood and, of course, new. Most of the tall pillars are new, but you can see some darker parts that are old. Much of the flat stuff on top of the pillars (I feel like I should know what that part is called) is original and has Greek words carved in it. 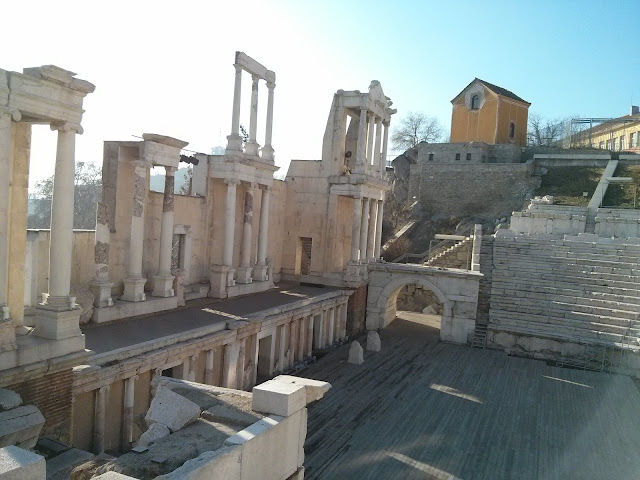 Seats with Greek letters carved into them. The Wikipedia article mentions that seats were labeled with parts of the city to let citizens know where they were supposed to sit, so maybe that's what the letters are for. 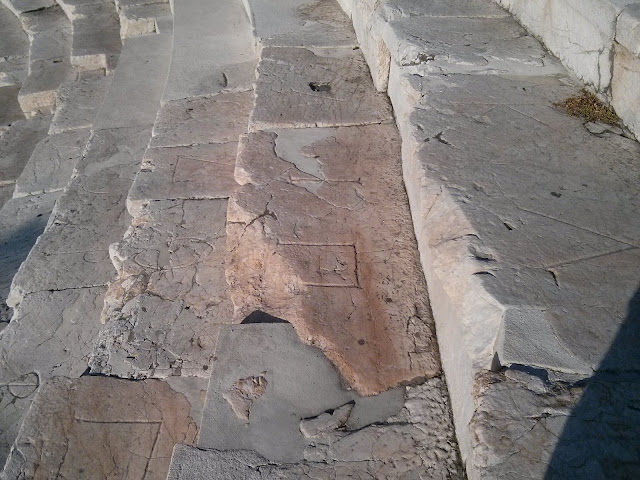 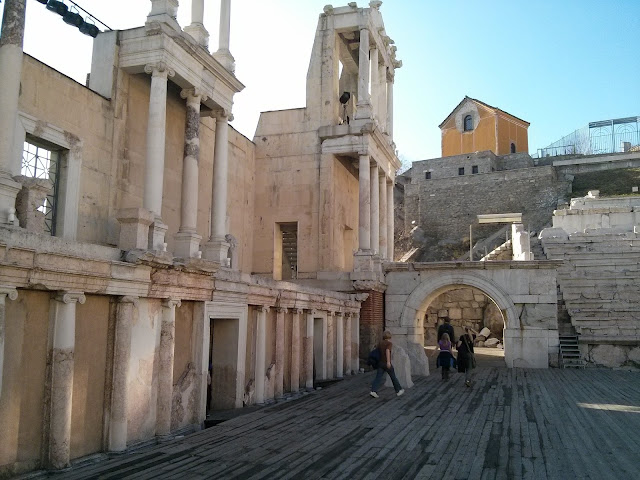 Also on the stage, with Greek on it. 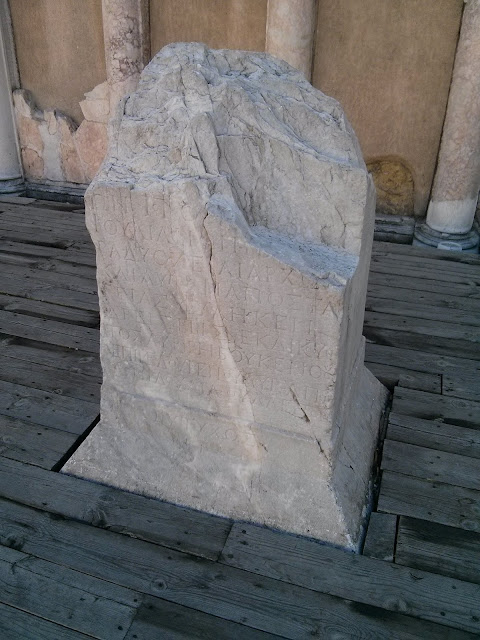 Looking out from the stage. 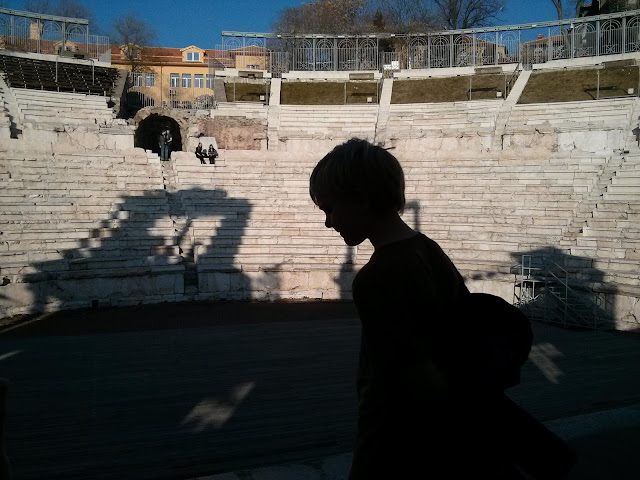 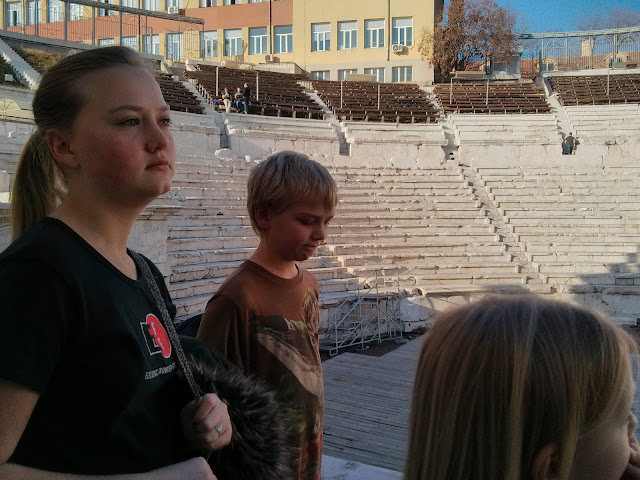 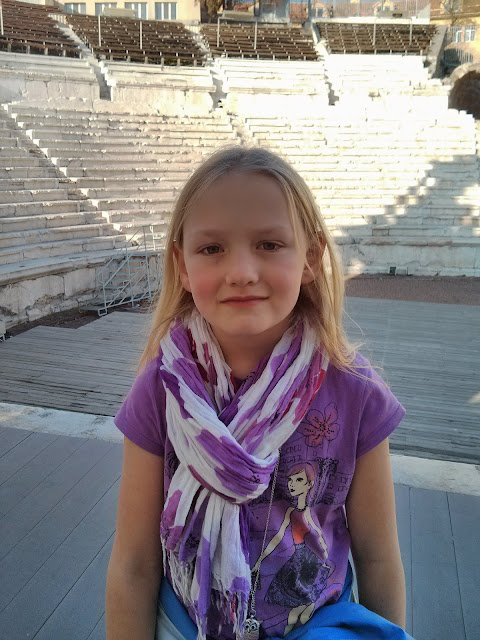 Another pillar on stage. 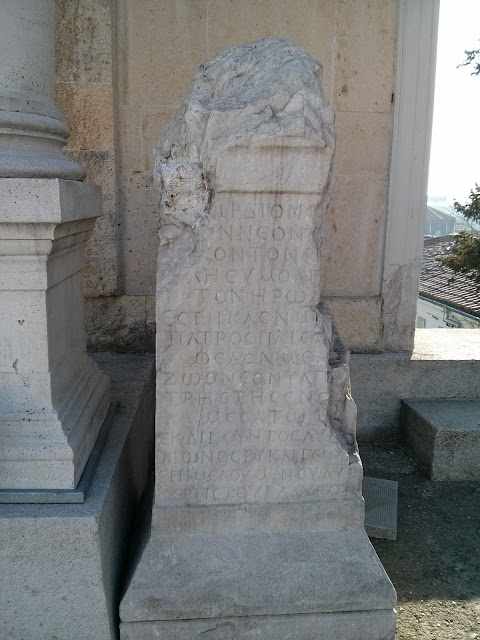 I could live in that house up on the hill! 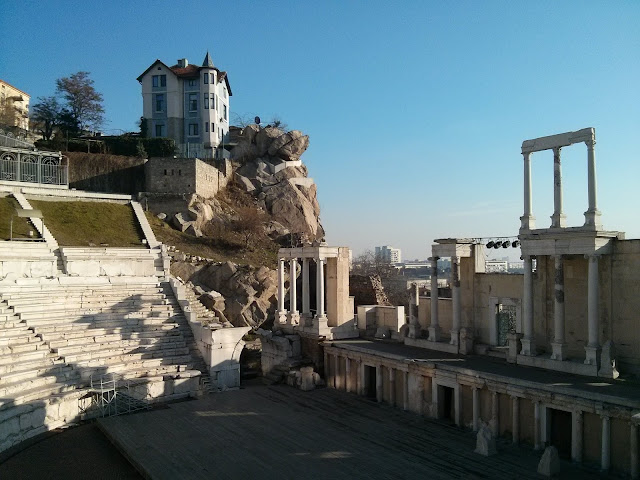 An audience entrance, seen earlier from the stage.

It was a beautiful day to be outside and to see some ancient stuff!