Here are a few things we've seen in Plovdiv, Bulgaria, over the past couple of weeks.

Two cats keeping warm in a cardboard box with some food provided by the people at this pastry shop: 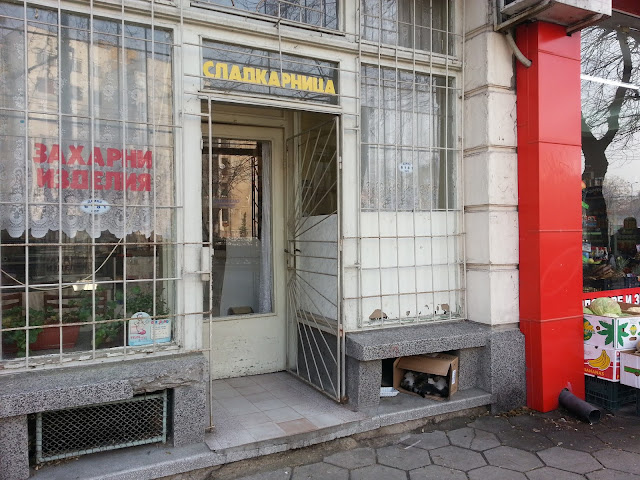 Huge McDonald's banner advertisement on the side of a concrete panel apartment block: 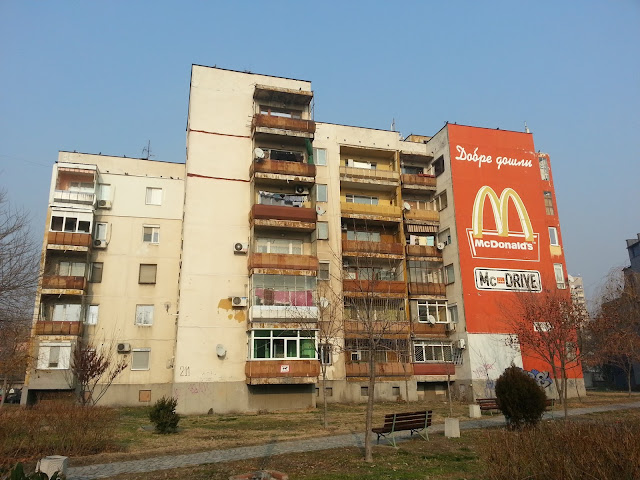 Graffiti by Билко (Bilko), whose doings are covered in two articles in a local newspaper: 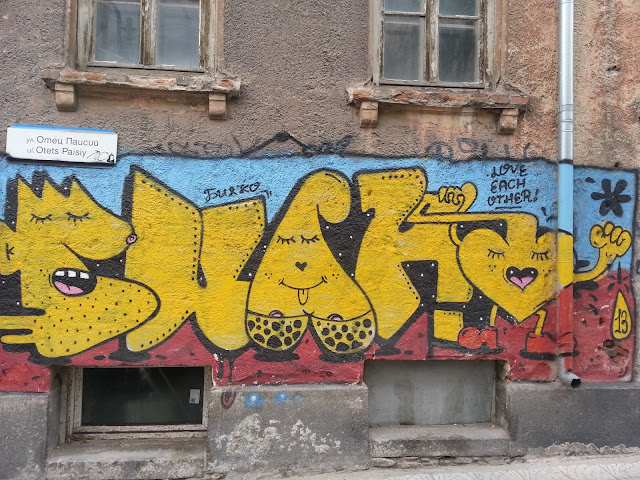 PLOVEDIV on the wall on the hill: 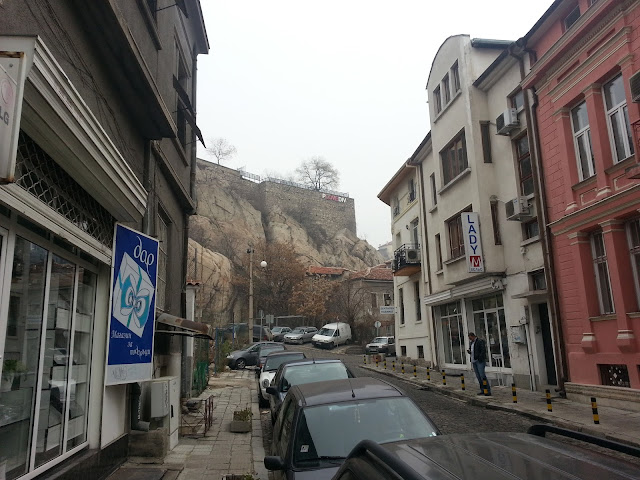 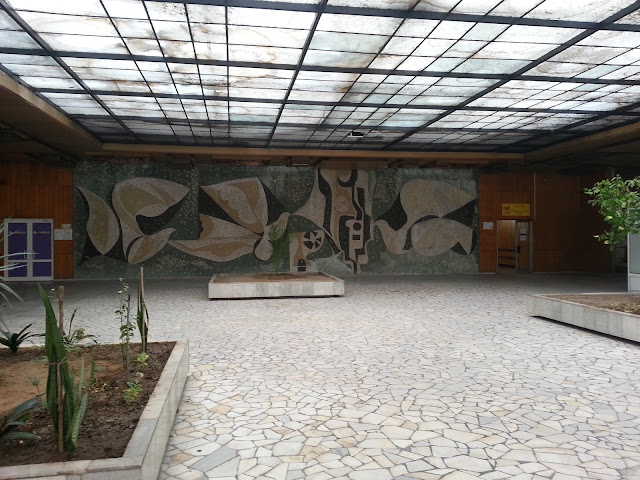 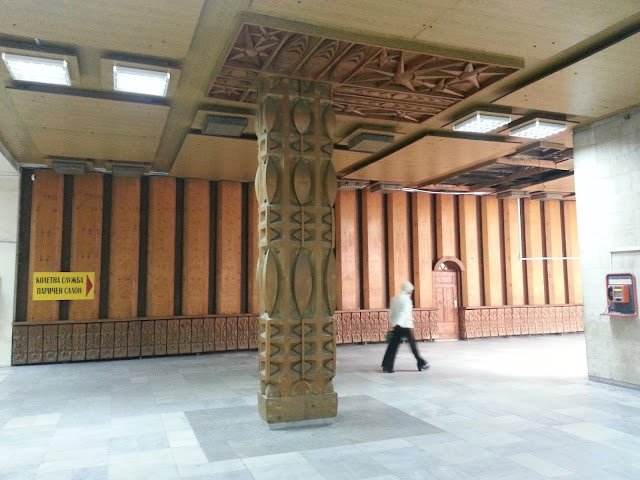 Lillian, Seth, and Mira went ice skating at a little skating rink by the post office, which is in the background: 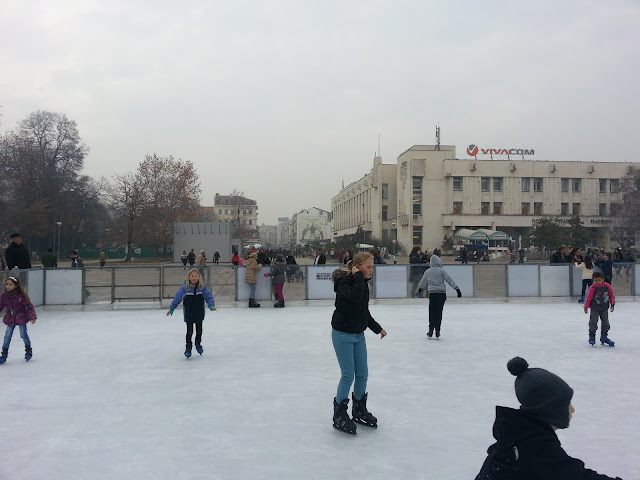 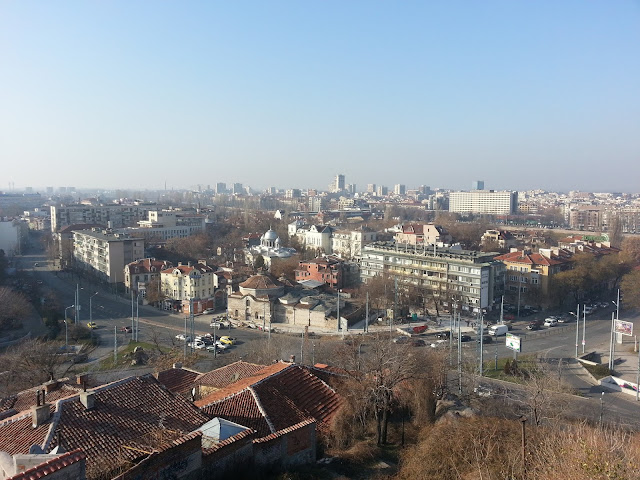 If you have to cut down a tree, why not make the stump into a chair? 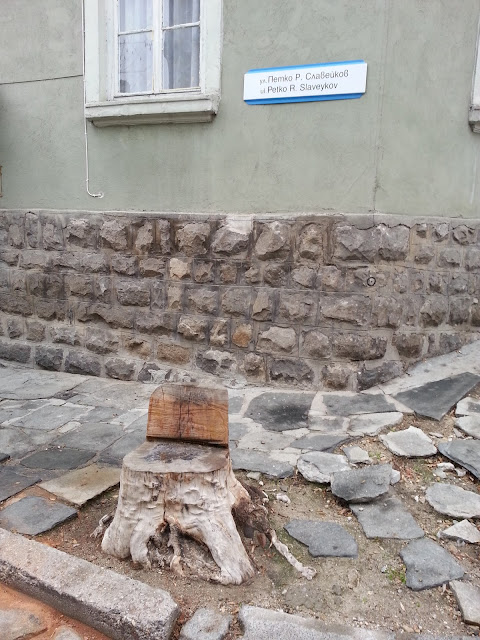 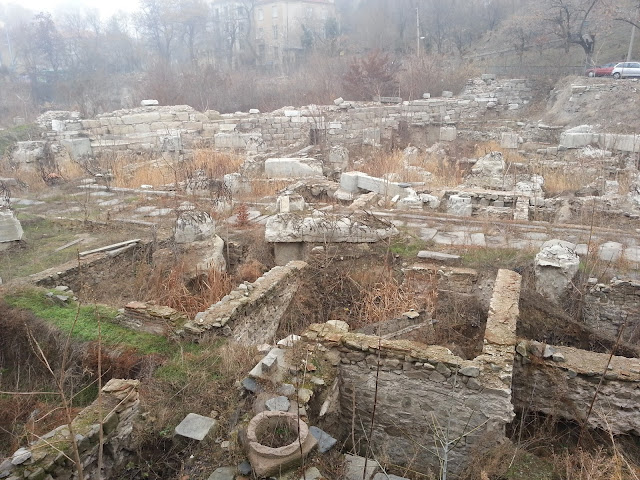 Old stone road near the Културен център - музей тракарт (Cultural Center - Museum Trakart). The museum has always been closed since we've tried going, but you can see the mosaic tile floors dating from the 2nd or 3rd century through the window. 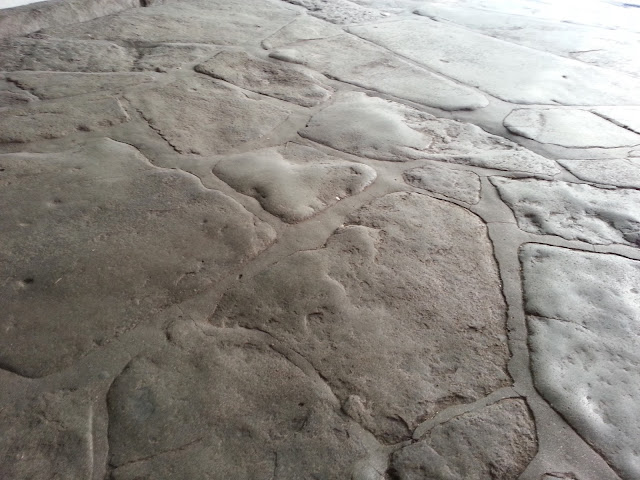 Here's a rare example of a pillar with Greek inscriptions we could read one word of: Φιλιππούπολη, which is Phillipopolis, one of the old names for Plovdiv, on the last legible line of the inset part: 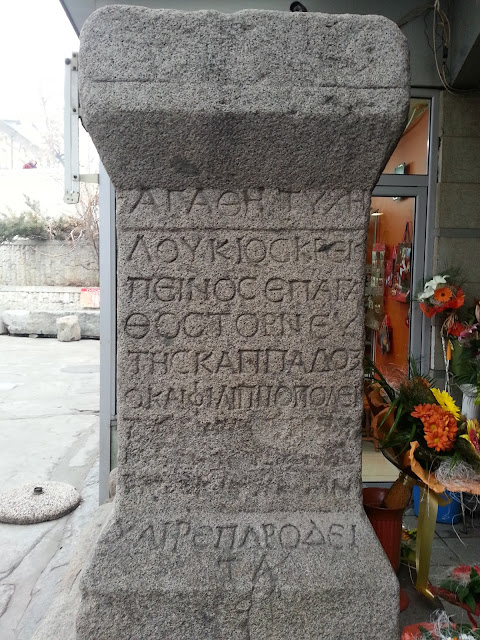 And some nearby fancified modern stone/concrete work: 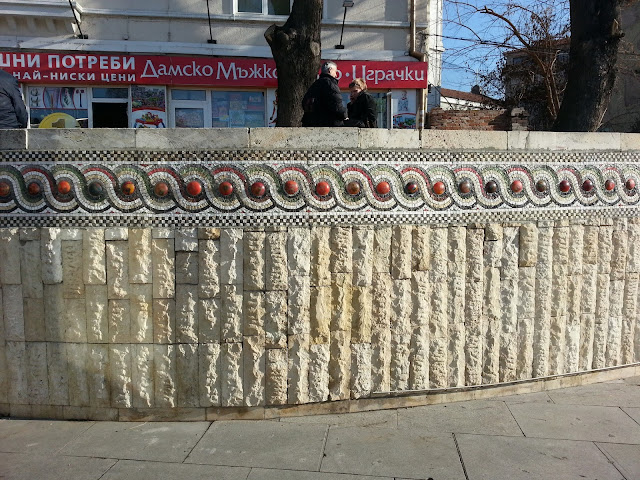 Mira walking toward me up a street: 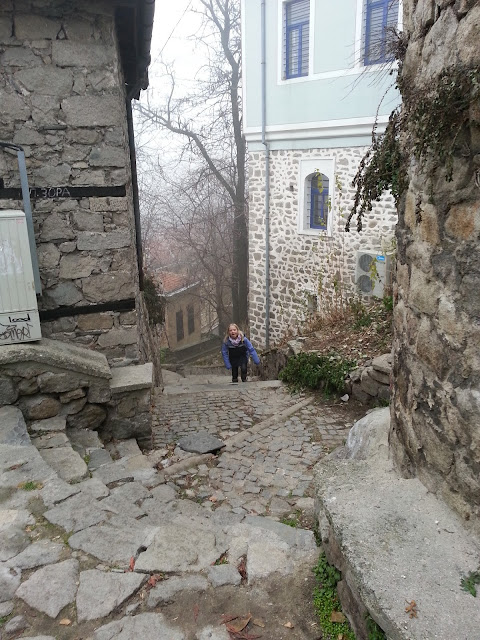 On New Year's Eve we played the Bulgarian version of Rummikub: 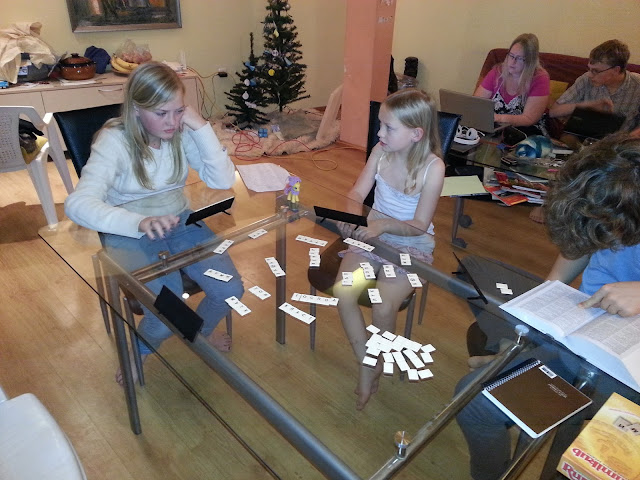 Lillian, Seth, Erin, and Mira with me on top of Младежки хълм (Mladezhki halm), the highest of Plovdiv's hills, on a foggy day: 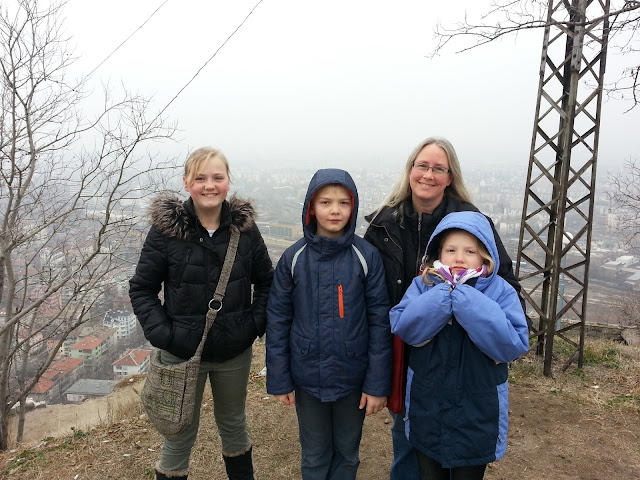 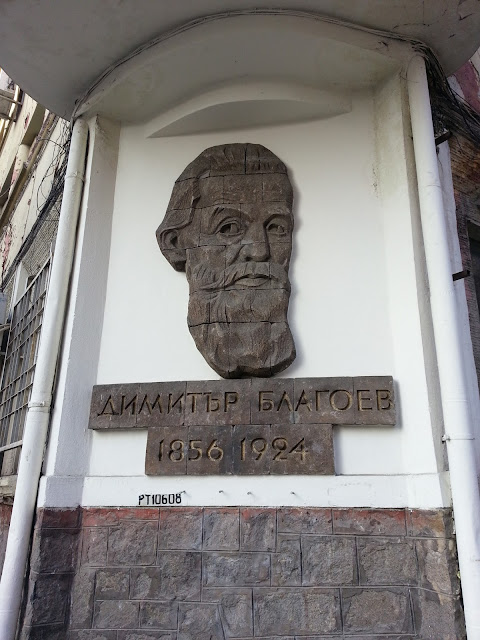 One of the bridges across the Maritsa River has staircases with the rails torn out of the concrete. One is blocked off, but this one is wide open and works fine, although you want to watch your step obviously: 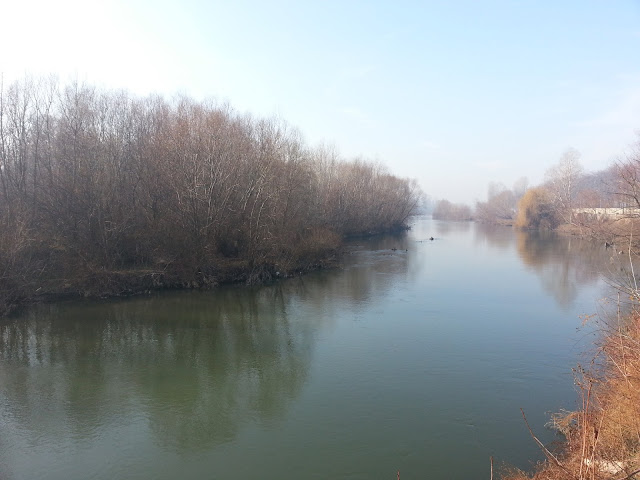 A drinking fountain on Главната, the main pedestrian shopping area, donated by the Rotary Club: 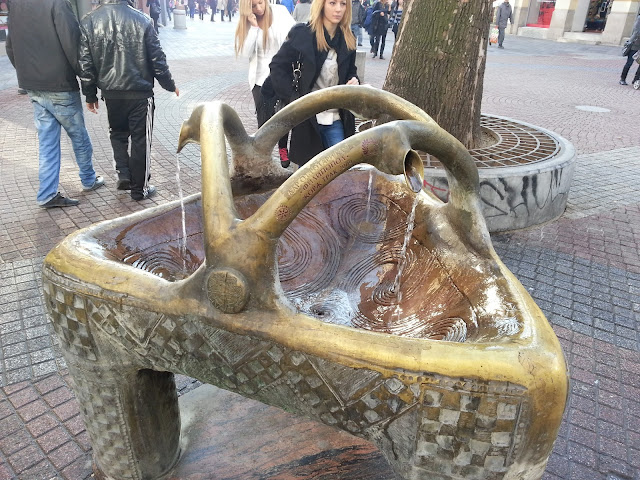 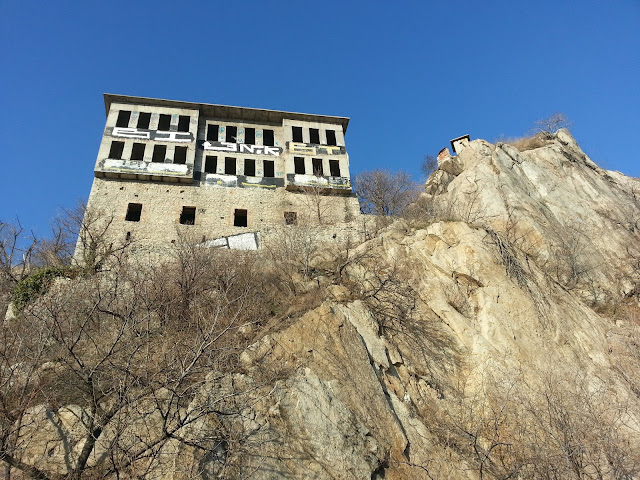 Old reconstructed Roman aqueducts on the highway median on the southwest edge of Plovdiv: 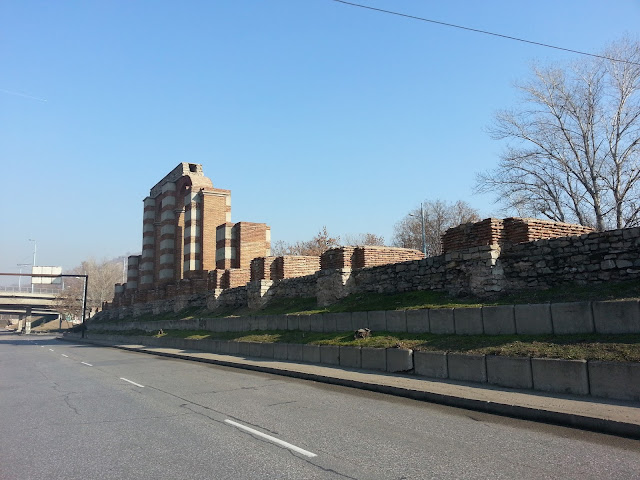 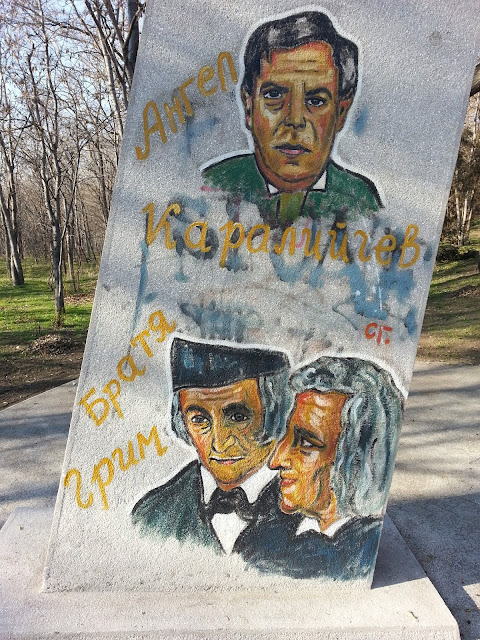 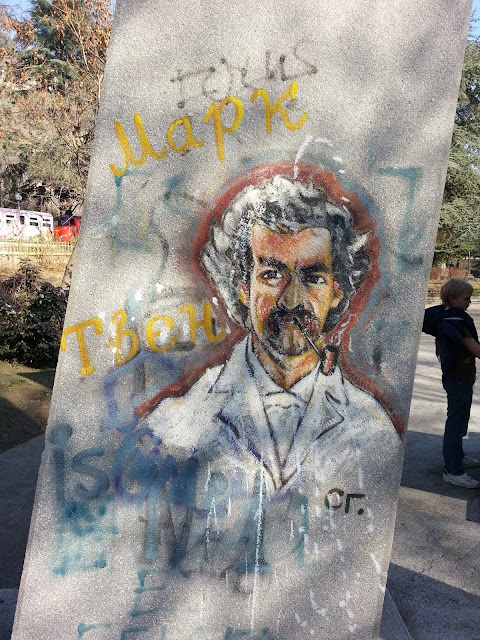 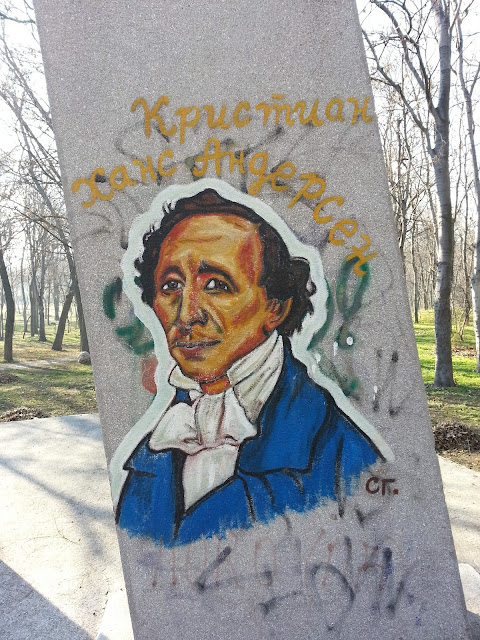 Near that same playground is a small children's train on a narrow-guage railroad: 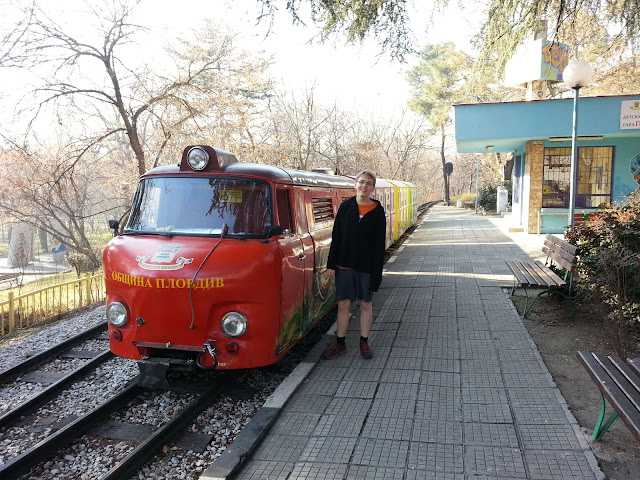 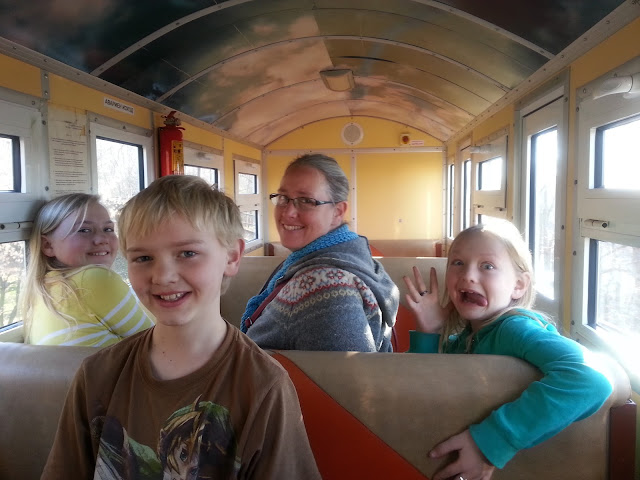